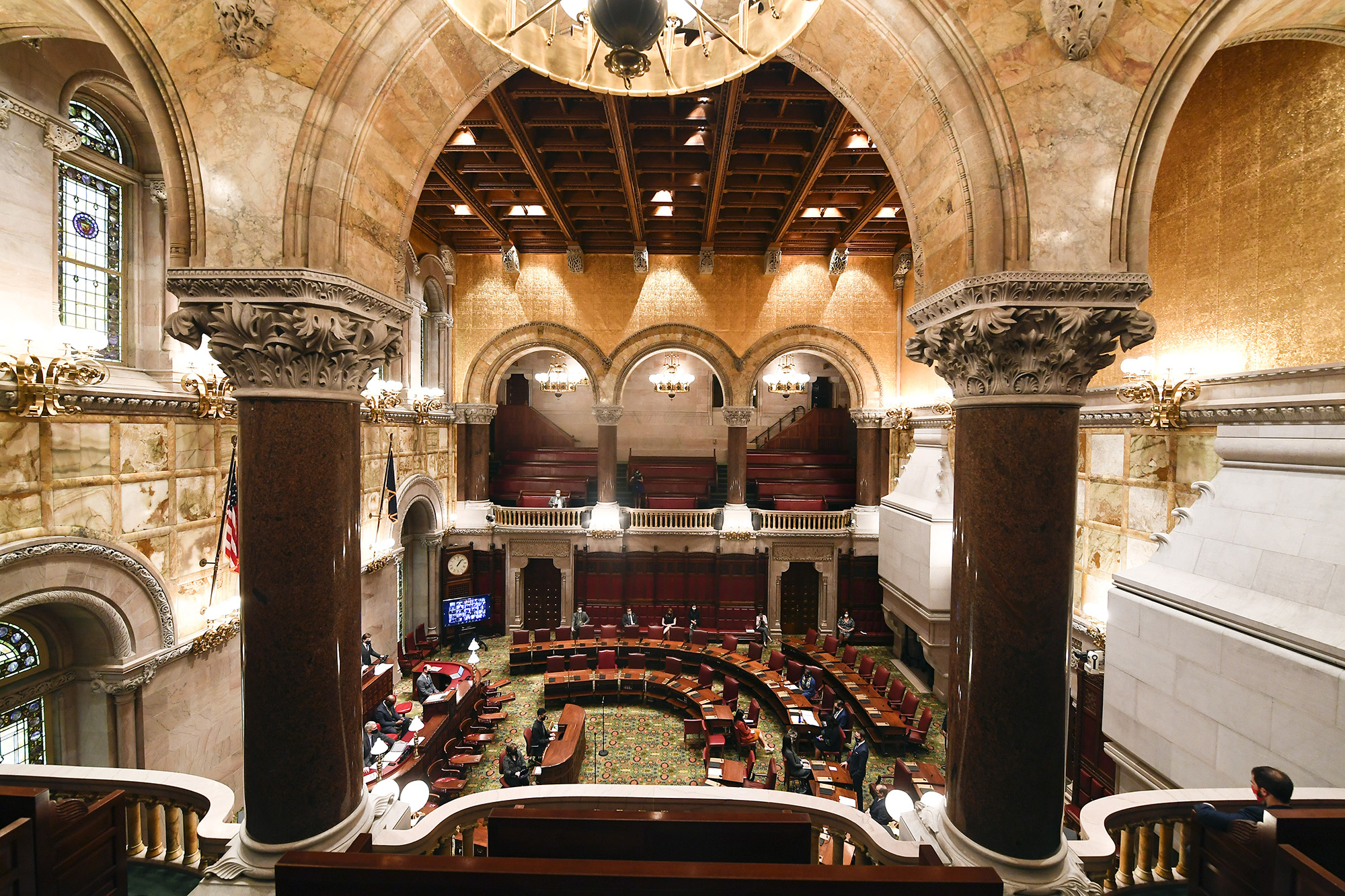 The golden goose can fly. For the first time ever, all three elements of a successful post-industrial urban economy — capital, high-income labor and financial transactions — are almost instantly mobile. It’s about the worst time ever to attempt to impose multiple untested new taxes on all three elements, but that’s what New York’s ascendant political class wants.

The Invest in Our New York Act is a package of six bills hiking state taxes by $50 billion a year.

Numbers out of context are meaningless. Why not raise taxes by $200 billion, or heck, $90 trillion? But in the context of the New York state budget, $50 billion is an ­unprecedented hike. Without the pandemic and lockdowns, the state likely would have taken in $90 billion in taxes this coming fiscal year, meaning the bill’s proponents want to raise taxes by close to 60 percent.

Second, on financial capital. A yearly “billionaire’s tax” ­(requiring a constitutional amendment) would levy a new 15 percent annual tax on billionaires’ growth in wealth for that year. That is, if one of New York’s 120 billionaires see his assets grow from $1 billion to $1.25 billion that year, he’d pay $40 million in ­extra tax that year.

Finally, financial transactions. New York’s neo-progressives want to revive the state’s decades-dormant tax on stocks and levy it on bonds and derivatives, too.

The arguments for these taxes read like earnest essays written by bright high-school students planning their optimal Busytown economy. “This is similar to the small sales tax consumers pay when buying candy bars at the ­supermarket,” goes the argument for the bond-transfer tax, for example.

Wealthy New Yorkers and big white-collar employers supposedly will not in any way change their own behavior and protect their ­income and assets by relocating themselves, their wealth and their employees out of state, because they never have before.

Supporters can’t see that rich earners might respond differently to a double-digit income-tax hike today than in the past, now that almost all white-collar work can be done from anywhere.

Rather inconveniently for this argument, it isn’t theoretical. The white-collar work is being done from anywhere and has been for a year now. Commuter-rail traffic stalled out at 20 to 25 percent of normal early last summer.

As for financial transactions: The minute Britain left the European Union in January, billions of stock trades moved instantly to Amsterdam, Dublin and Paris. There was almost no cost to moving this activity.

These tax-hike ideas are fantastical, except they are real. Most of the new crop of AOC-style state legislators subscribes to them, which means any state lawmaker fearing a primary race is under pressure to sign up, too. Supposedly mainstream mayoral candidates like Scott Stringer are on board, and even the nominally pro-business Ray McGuire says the wealthy should pay more.

The neo-progressives don’t seem to realize they are making Bloomberg’s 20-year-old “luxury city” argument: that the rich will pay a little bit more, because they have to be in Manhattan. This is a strange argument to make when Midtown Manhattan is so quiet that a dog wearing a loud bell can turn heads on his walk.

Even if everything goes well, there is little prospect that office workers will return to Manhattan before Labor Day. There is no point in sitting in an office with a mask on. So financial CEOs and other various rich employers will have another long, hot summer during which to ponder Manhattan from afar.

Nicole Gelinas is a contributing editor of City Journal.

NBA bettors have been scoring with these team trends