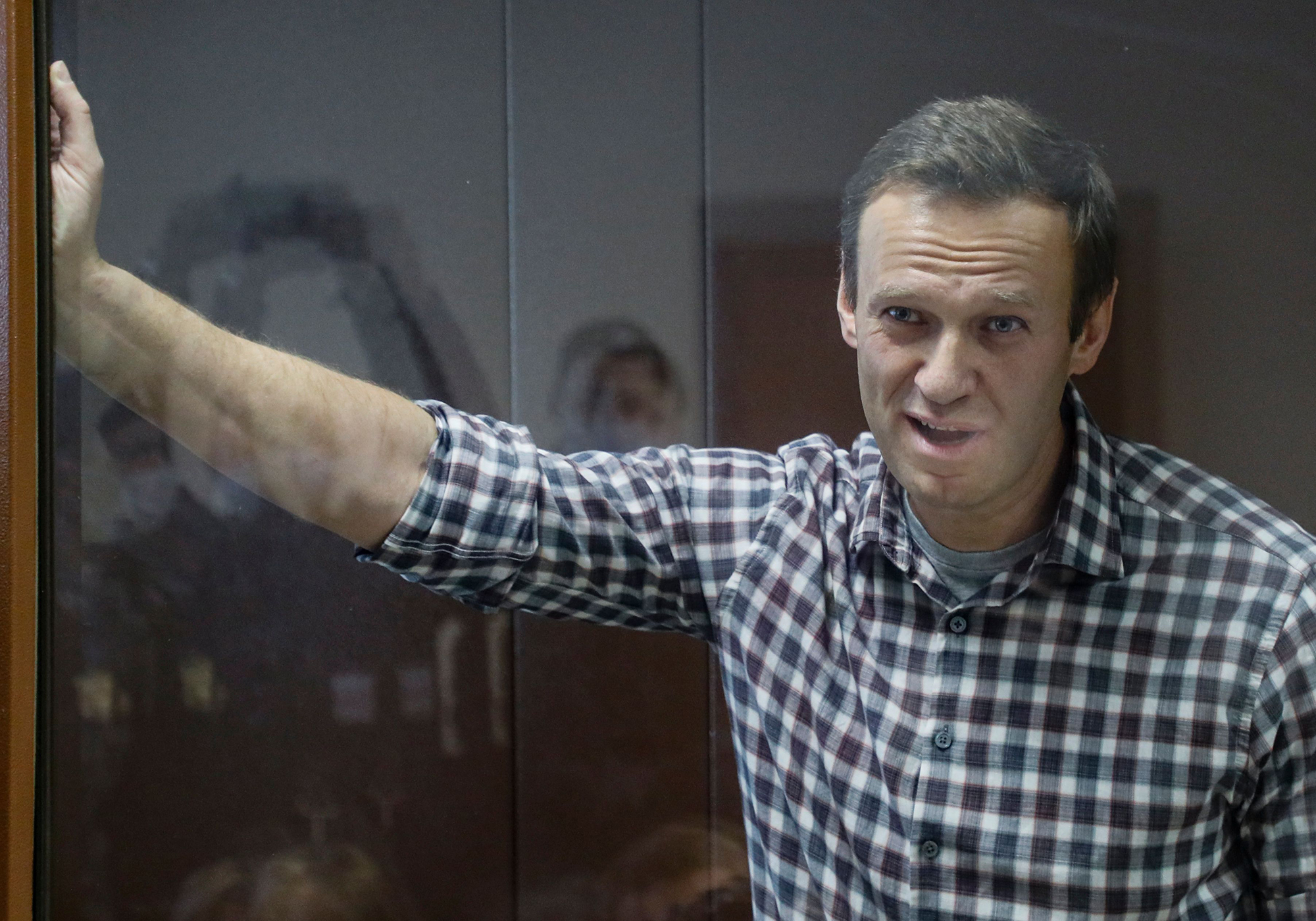 Moscow is determined to silence Alexei Navalny’s damning criticisms of the Putin regime: A kangaroo court on Saturday rejected his appeal of the judicial order sending the Russian opposition figure to a remote prison camp for at least 2 1/2 years.

This after the Kremlin tried to assassinate Navalny twice, most recently with a lethal nerve agent. He spent five months recuperating in Germany, only to be arrested on his Jan. 17 return home.

The European Court of Human Rights, among others, deems the 2014 embezzlement conviction behind this sentence unlawful. Will Europe put any teeth behind its findings?

From a glass-walled cell in the Moscow courtroom, Navalny again spoke the truth. “The explanation is one man’s hatred and fear — one man hiding in a bunker”: Vladimir Putin. “I mortally offended him by surviving. . . And then I committed an even more serious offense: I didn’t run and hide.”

Putin may have succeeded for now, but he won’t have the last word. Navalny has too many supporters to be silenced, even if he’s sent to Siberia.

Plane forced to land when passenger tries to open door

Pope Francis expects to die in Rome, won’t be buried in Argentina