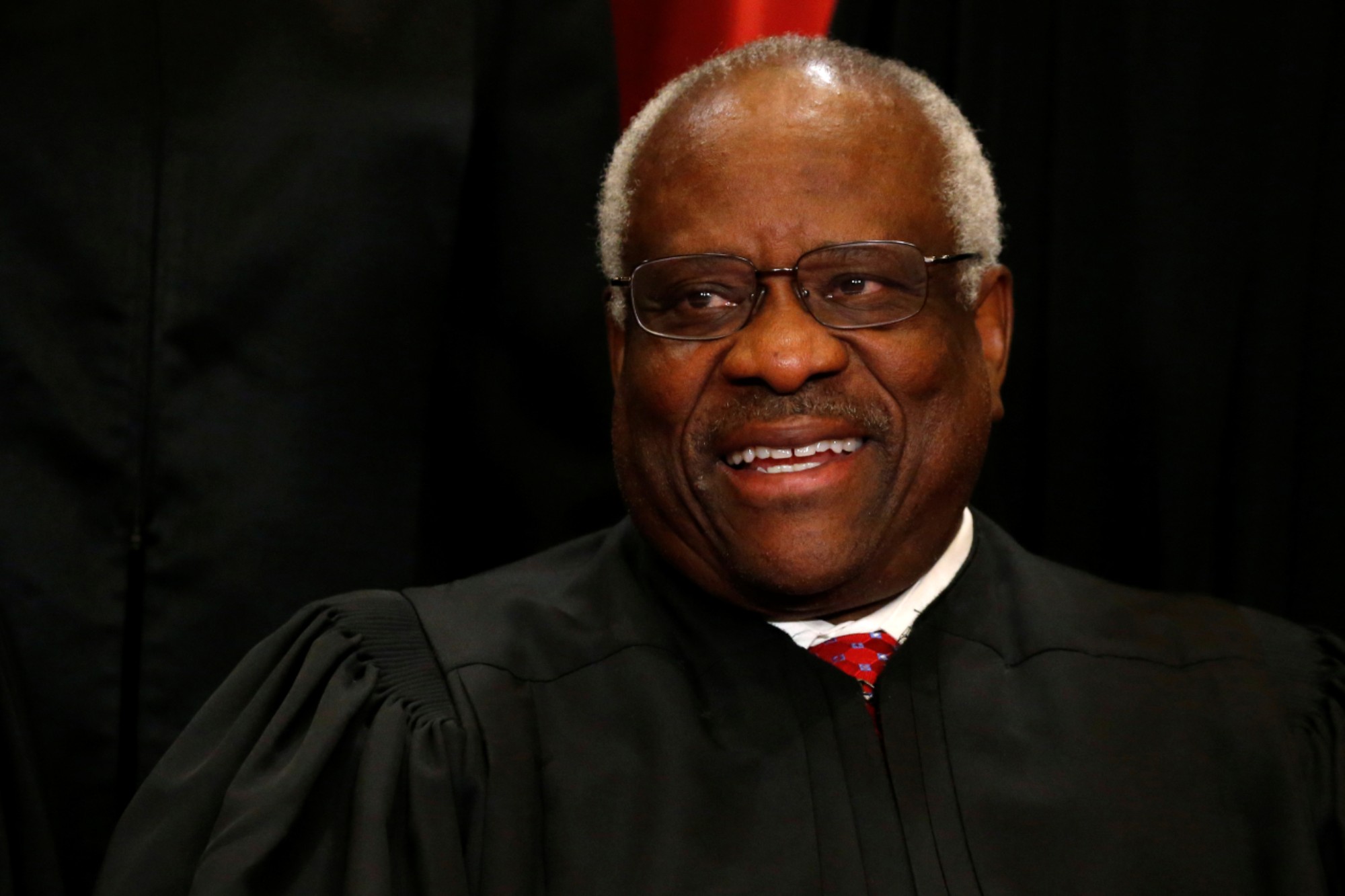 Amazon continues to generate headlines for canceling content that doesn’t coincide with its liberal politics and Supreme Court Justice Clarence Thomas appears to be the latest victim.

The documentary film about Thomas, “Created Equal: Clarence Thomas in His Own Words,” was removed from Amazon’s streaming service last month and the filmmaker said he was never given an explanation.

“What Amazon has done is a disservice to anyone—black or white—who is interested in the rich history of black Americans,” Wall Street Journal columnist Jason L. Riley wrote about the decision.

The film features extensive interviews with Thomas and chronicles his journey from “the depths of poverty” to the Supreme Court and everything in between, including his contentious confirmation hearings where Anita Hill accused him of sexual harassment.

President Joe Biden, who was chairman of the Senate Judiciary Committee during the hearings that riveted the nation, grilled Hill in archival footage used in the film. The films does not paint Biden in a positive light; Thomas told viewers at one point he had “no idea” what Biden and other Senate questioners were talking about.

Thomas spoke on everything from race and politics to religion in the documentary. It aired on PBS back in May 2020 and landed on Amazon later that year.

Amazon did not immediately respond to a request for comment.

Filmmaker Michael Pack told the Wall Street Journal he was never offered an explanation as to why Amazon removed it.

“Our distributor, who’s the one who made the deal with Amazon, has repeatedly asked them for explanations but they haven’t given any,” Pack told the Journal.

“They have the right to pull anything from their site and they don’t have to give an explanation,” he continued. “So it’s not a contract violation. But many people have complained and they haven’t put it back up.”

A search of Amazon Prime for “Created Equal” turns up a 2017 movie by the same name about an attorney suing the Catholic Church, a 1980 television series “Free to Choose,” “Anita: Speaking Truth to Power” about Hill and “Confirmation,” a 2016 HBO movie about Hill’s accusations.

Amazon’s online retailer still lists the DVD for “Created Equal: Clarence Thomas in His Own Words,” but notes it is currently out of stock.

The removal of the film irked Pack, especially because it happened during Black History Month. Thomas is the second African American to serve on the Supreme Court and its only current Black member.

“Clarence Thomas, to my mind, is the most important African-American leader in America today,” Pack told the Journal. “I don’t think Amazon should get away with doing these things without suffering at least some PR consequences.”

Last month, the book, “When Harry Became Sally: Responding to the Transgender Moment,” was also removed from Amazon.

The decision caused swift backlash, as critics pointed out Amazon has a history of censoring books that don’t coincide with the company’s political views.

Author Ryan T. Anderson’s “When Harry Became Sally” aimed to provide “thoughtful answers to questions arising from our transgender moment” and offered a “a balanced approach to public policy on gender identity and a sober assessment of the human costs of getting human nature wrong.”

A search of Amazon for “When Harry Became Sally” didn’t find Anderson’s book, instead suggesting books with the opposite view such as “The End of Gender: Debunking the Myths about Sex and Identity in Our Society,” “Understanding Gender Dysphoria: Navigating Transgender Issues in a Changing Culture” and “Let Harry Become Sally: Responding to the Anti-Transgender Moment.”