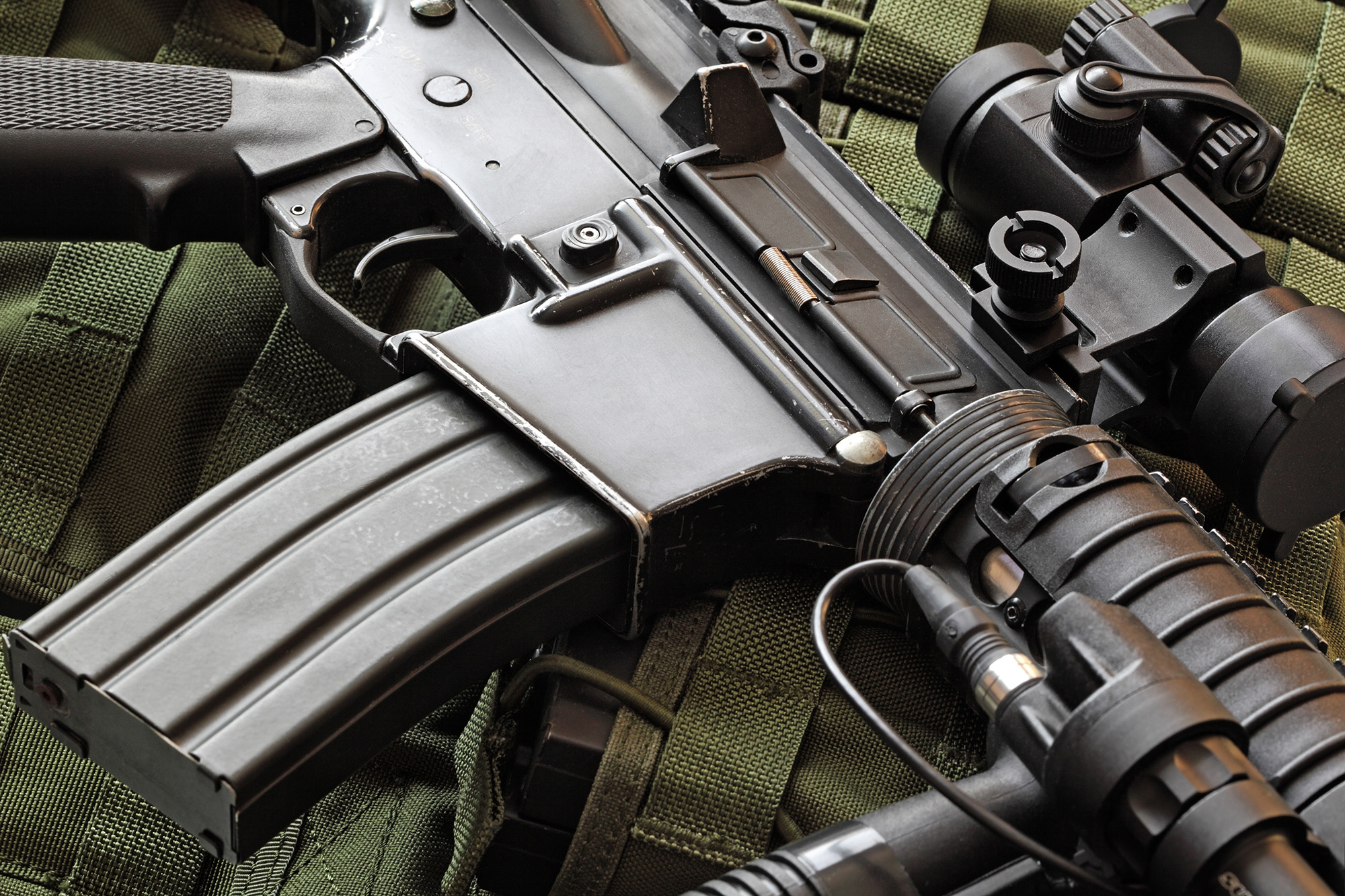 On Monday afternoon, as families stood in line awaiting vaccine shots, a shooter opened fire inside a supermarket in Boulder, Colo. He killed at least 10 people, ages 20 to 65, including a police officer who leaves behind seven children; those kids will never hear their father’s reassuring voice again.

Police reports tell us what we already guessed: that the shooter was young, male, antisocial, paranoid — and, of course, that his murder weapon was an AR-15-style assault weapon. How many more stories like this do we need to read?

No time for pussyfooting around. The United States should ban the manufacture of these weapons and related accessories designed to make them more lethal and severely restrict ownership of those already in circulation, beginning with a voluntary gun-buyback program.

No one can accuse me of being a coastal liberal elite. I live in rural Michigan and have spent my entire life around guns. When I was a child, a not-insignificant amount of the food on our table was venison my father had shot out of season. I received my first gun, a 20-gauge shotgun later nicknamed “The Doeslayer,” as a birthday present before I hit puberty.

My high school canceled classes every year on the opening day of rifle season. I spent Thanksgiving weekend last year sitting in a ground blind waiting for a six-point buck (I missed, alas).

I don’t own an AR-15, and neither does anyone in my family. They are dangerous toys, not tools like my father’s ancient 30-06 rifle or my widowed mother-in-law’s pistol, which she legally purchased for self-defense. The AR-15 and numerous copycat weapons are a hobby for man-children, who congregate on online forums to brag about spending thousands of dollars on modifications for their weapons and on so-called “tactical” gear that they wear for the same reason my daughters put on princess costumes.

For some of these people, AR-15s have replaced the shared hobby cultures of our parents and grandparents. This is understandable. Automobiles have become computerized boxes that can’t be tinkered with, much less repaired, by Average Joes. Photography is now something you do with your telephone, which has also replaced your uncle who used to be the camcorder guy. Even comic books and Japanese cartoons are mainstream culture.

What’s left for many is the vast AR-15 community, which allows enthusiasts to obsess over weapons of war in the same tones once reserved for Dungeons & Dragons miniatures. They write sentences like this one (selected at random from GearExpert.com): “With a 3,000-foot detection range, with 320 x 240 resolution and five selectable and adjustable reticles to choose from, the soldier armed with this advanced weapon scope from L-3 is as deadly as the most seasoned tactician.”

If you aren’t a member of a SWAT team or a Marine sniper in Fallujah, why would you need something like this? What “tactics” are you practicing, and where do you intend to use them?

It goes without saying that the vast majority of AR-15 enthusiasts are law-abiding citizens who have no intention to commit murder. Which is why banning AR-15s should be a no-brainer. No one’s hobby matters more than another person’s life.

Second Amendment absolutists will no doubt respond that the right to keep and bear arms is enshrined in the Constitution. True, but how far does this right extend? Surely not to missile launchers or fighter jets. It has been more than a century since we were a nation of citizen-soldiers ready to take up arms on behalf of our republic at a moment’s notice.

AR-15s aren’t necessary for self-defense or hunting. Beyond hobbyism, the only purposes for owning such weapons are terrorism and insurrection.

Others will argue that the objections to AR-15s — including those with pistol grips instead of rifle stocks, like the one used by the Boulder shooter — are merely aesthetic. People who claim these guns aren’t “really” assault weapons, and that they are no more dangerous than other weapons, should look at the relevant statistics. As of September 2019, more than 40 percent of mass-shooting deaths and around 70 percent of injuries came from semiautomatic rifles. That was several massacres ago.

Bottom line: These weapons are associated with atomized young men and a poisonous cult of violence. It shouldn’t take another mass killing to accept that the AR-15 has no place in American life.

Matthew Walther is editor of The Lamp magazine.

'I knew it was wrong'