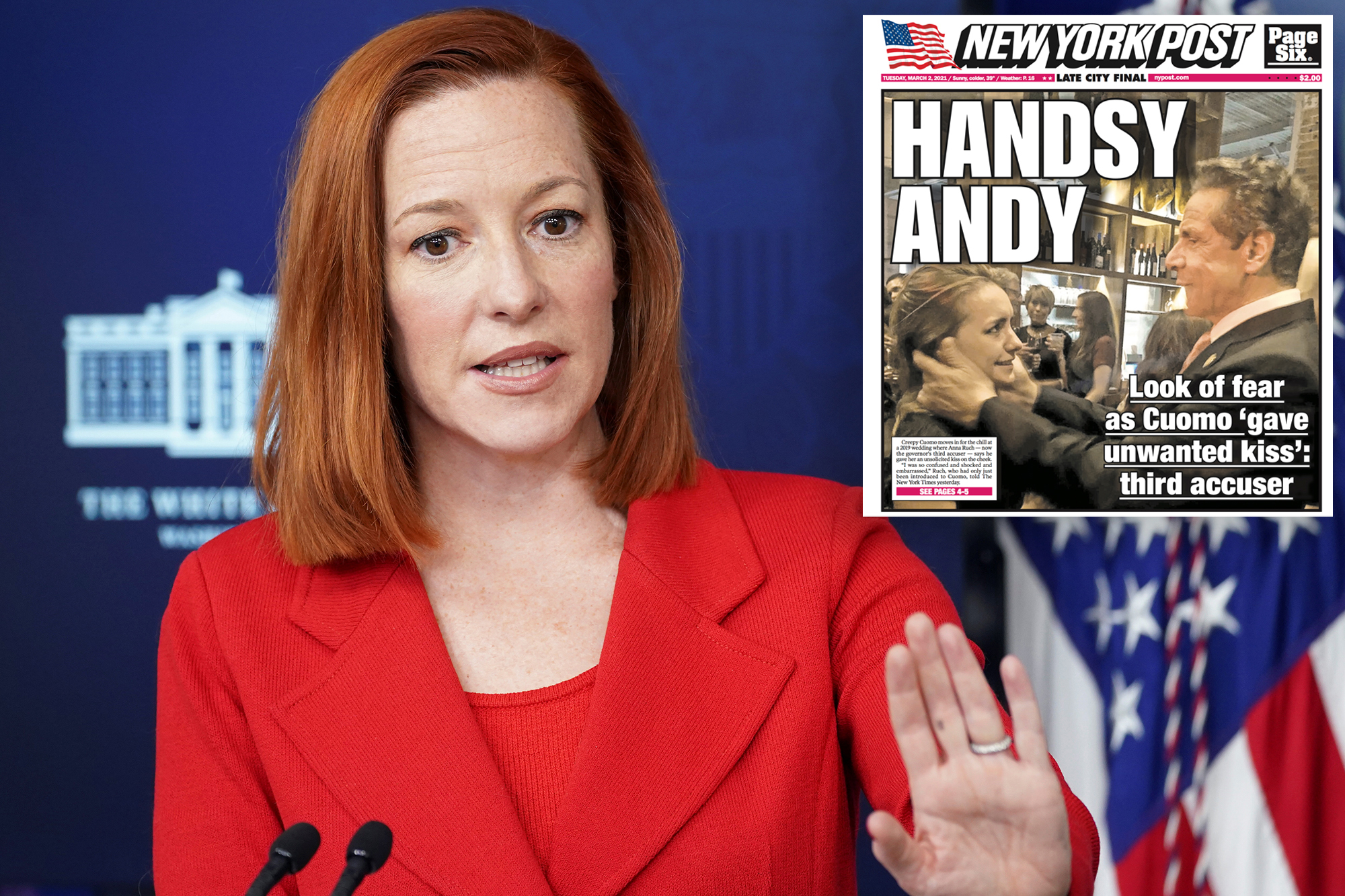 White House press secretary Jen Psaki was pressed at her daily briefing on when either Biden or Harris — who grilled Supreme Court Justice Brett Kavanaugh about past sexual assault allegations at his Senate confirmation hearing in 2018 — would comment themselves, especially given that one of the Cuomo accusers worked for the Biden campaign.

“And so let me reiterate that they both believe that every woman coming forward should be heard, should be treated with dignity, and treated with respect.”

On Tuesday, Tara Reade, the former Senate staffer who alleged that Biden sexually assaulted her in 1993, came out in support of Lindsey Boylan, one of Cuomo’s accusers.

Reade, who made the allegations against Biden during the 2020 presidential campaign, told Fox News that she was “very supportive” of Boylan.

She said when she read Boylan’s allegations, she identified with the “objectification” that happened to her when she was a staffer for then-senator Biden.

“Nothing has changed,” Reade said. “These powerful, elite Democrats, the Democratic National Committee, they just circle their wagons around them and allow them to do predatory behavior, enable it, and even reward them.”

Psaki on Tuesday noted that the administration supports the independent investigation that New York Attorney General Letitia James will oversee into teh sex harassment claims against Cuomo.

But Psaki was pressed that while she speaks for Biden and Harris, the two have not personally addressed the growing scandal.

“Well, again, I’m speaking on their behalf. That’s how they feel. They view this as a situation where both of the women coming forward should be treated with dignity and respect and should have their voices heard. And that’s the representation of their points of view,” she said.

Along with Boylan, Charlotte Bennett and Anne Ruch have publicly accused Cuomo of sexual harassment in the past week.

Ruch, who worked for the Biden campaign, told the New York Times on Monday that the governor made unwanted advances toward her at a wedding in 2019, an encounter that left her feeling “confused and shocked.”

Bennett, 25, said Cuomo told her he was open to relationships with women in their 20s.

And Boylan, like Bennett, a former Cuomo staffer, said the governor kissed her on the lips and tried to engage her in a game of strip poker.