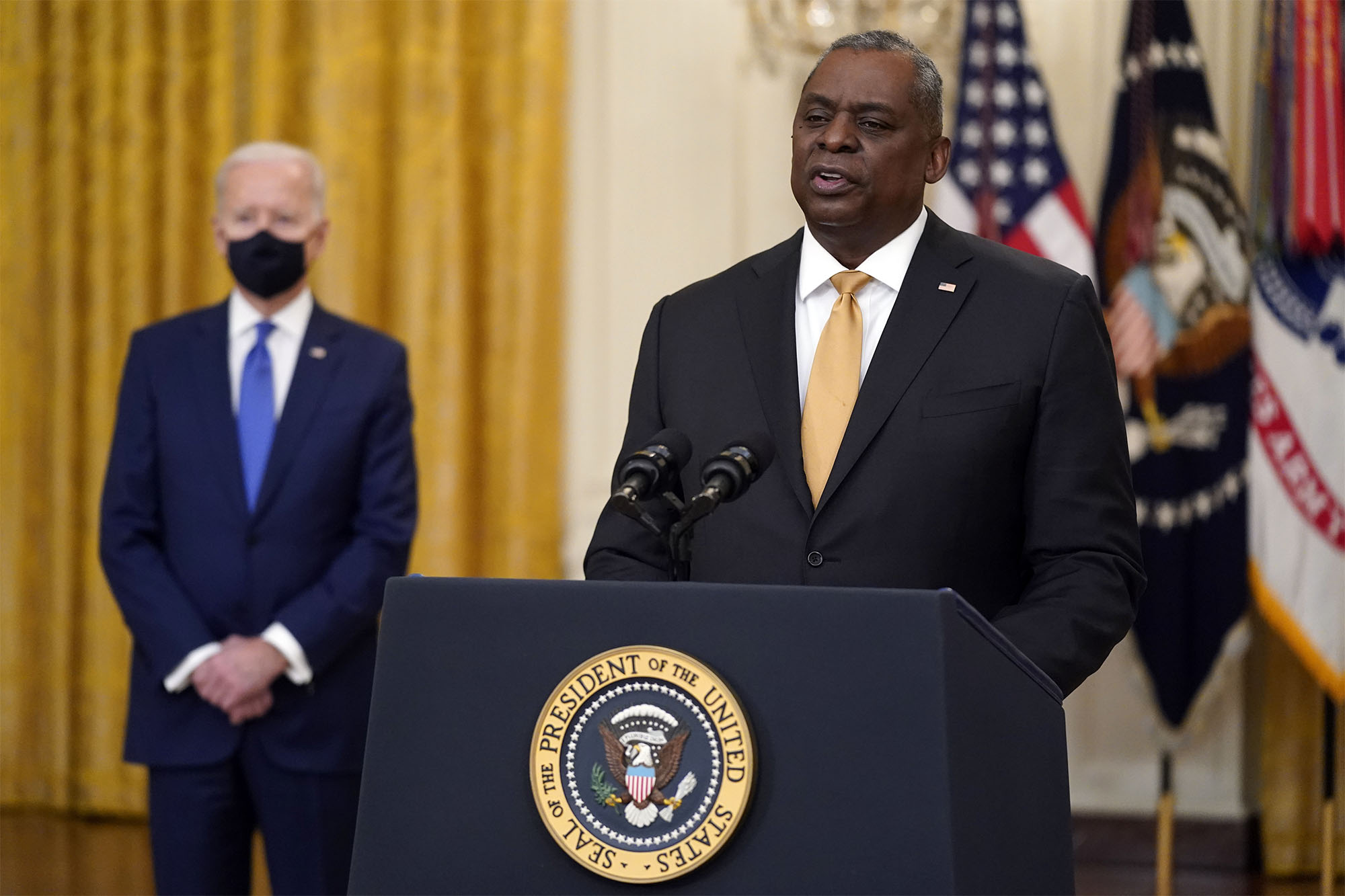 President Biden on Monday seemed to forget Defense Secretary Lloyd Austin’s name at a White House event — calling the Pentagon chief “the guy who runs that outfit over there.”

Biden was announcing the nomination of two female generals to lead US military combatant commands.

“And I want to thank the sec — the, the, ah former general. I keep calling him general, but my, my — the guy who runs that outfit over there,” Biden said.

“I want to make sure we thank the secretary for all he’s done to try to implement what we just talked about. And for recommending these two women for promotion.”

Earlier at the event, Biden mentioned the Defense Department leader by his name, “Secretary Austin,” while appearing to read from a teleprompter.

Biden, 78, has previously struggled with the names of his cabinet secretary selections. In December, he mispronounced the name of his nominee for the Department of Health and Human Services, Xavier Becerra, before correcting himself with a different mispronunciation.

Biden on Monday nominated Air Force Gen. Jacqueline Van Ovost to lead the US Transportation Command and Army Lt. Gen. Laura Richardson to lead the US Southern Command. Their nominations must be confirmed by the Senate.

Biden announced their selections in celebration of International Women’s Day.

They would be the second and third women to hold such high posts, following retired Air Force Gen. Lori Robinson, who headed US Northern Command from 2016-2018.