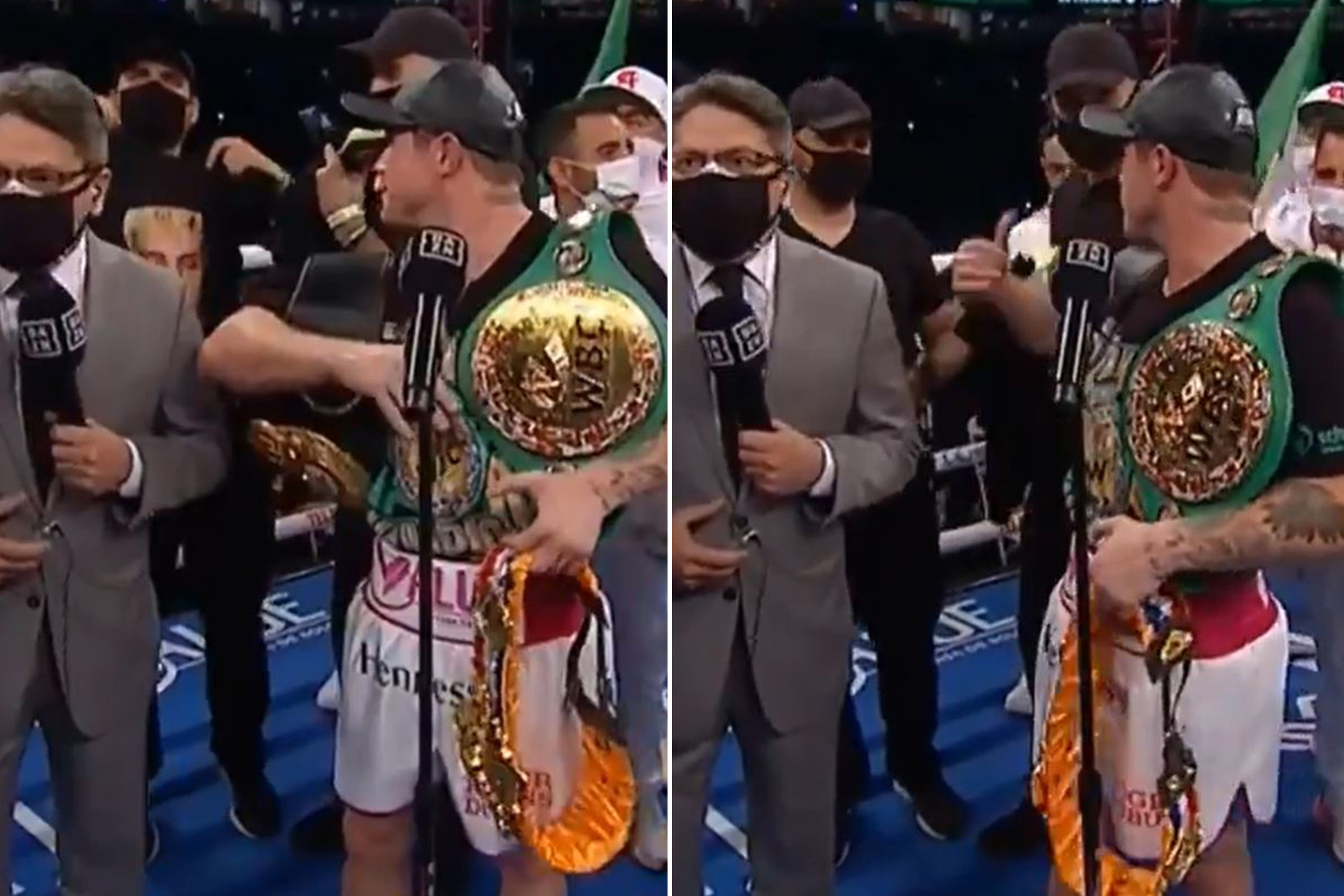 Canelo Alvarez kicked two Jake Paul fans out of the ring in a furious, X-rated blast after they gatecrashed his victory party on Saturday night.

The Mexican star, 30, was celebrating his annihilation of Avni Yildirim in three brutal rounds when two unknown men hopped into the ring.

The pair, seemingly wearing Jake Paul T-shirts, were in the shot for his post-fight interview.

After quickly realized the duo weren’t part of his team, Canelo appeared to tell them to “get the f–k out of here.”

Once the men had skulked off, the Mexican superstar appeared to mutter what seemed to be the word “f–kers” under his breath.

Canelo then continued with his post-fight interview after setting up a monster showdown with Billy Joe Saunders in May.

The pranksters may have worn the Jake Paul T-shirts in a bid to irritate Canelo.

In December, the Mexican lashed out at YouTube boxers such as brothers Jake and Logan Paul, with the pair both igniting a war of words with Conor McGregor and Floyd Mayweather respectively.

After the YouTubers’ comments, Canelo roared: “You know, it’s all about the money.

“I don’t think we would agree that people that are basketball players, that are YouTubers get licenses.

“I don’t criticize [the Paul brothers]. This is a very risky sport, and if you go up there, it’s very risky.

“No, I don’t want to fight them. I truly believe that it’s a lack of respect. It’s all based on money.

“It’s all for money. I’m focused right now on other projects.

“I have other stuff going on, and I would invite him for a sparring session so that he truly knows what it’s all about.”

After Canelo’s easy win in Miami, Matchroom promoter Eddie Hearn confirmed he will fight WBO super middleweight and unbeaten champ Saunders on May 8.