Carl Heastie is doing his best to cover for Andrew Cuomo 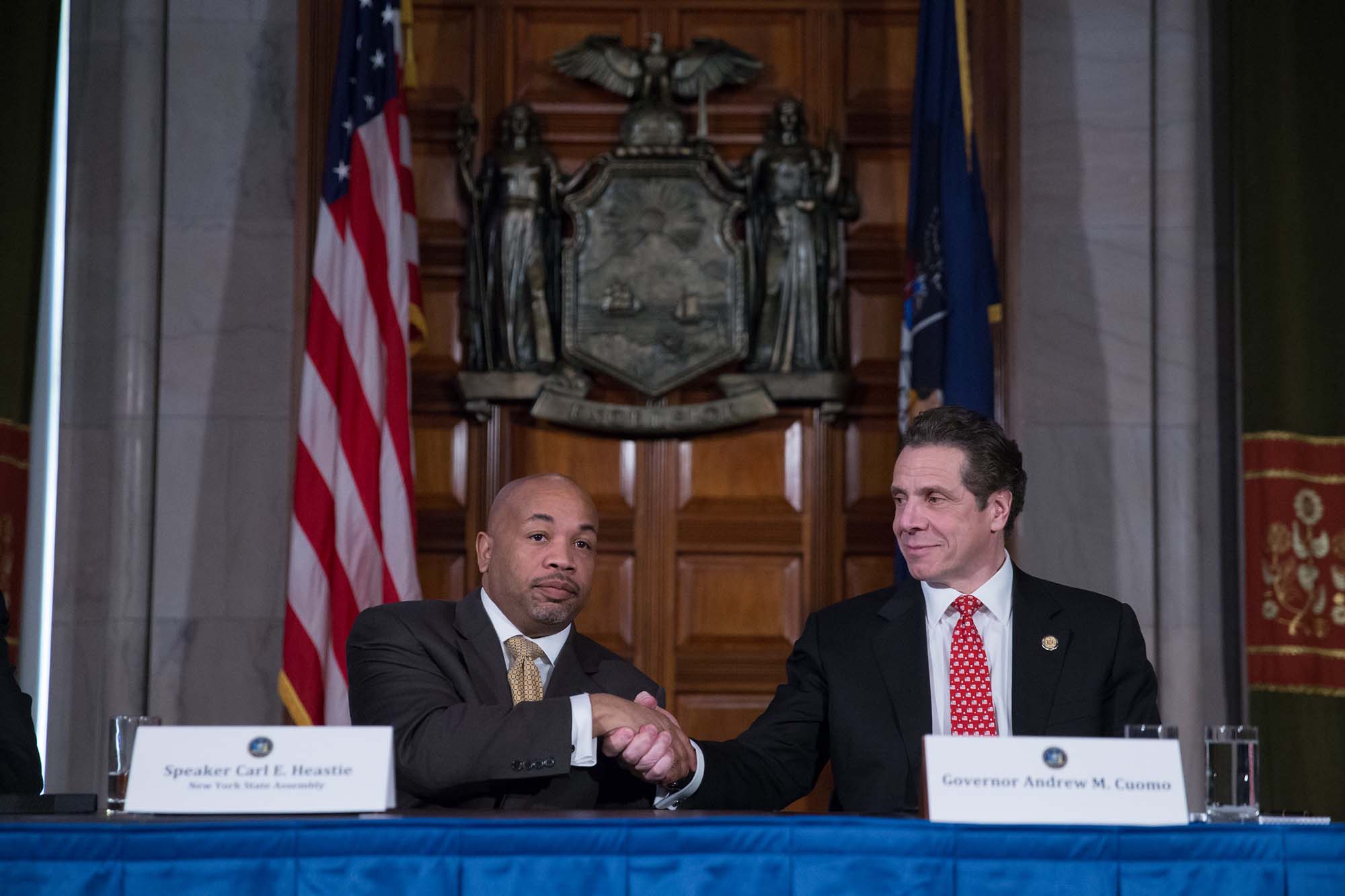 Growing scandals have the walls closing in around Gov. Cuomo, but his buddy Assembly Speaker Carl Heastie still has the gov’s back.

Even after Cuomo’s mishandling of COVID in nursing- and long-term-care homes, his coverup of total fatalities and sexual-harassment allegations leveled by two former aides, Heastie is stifling efforts to rein in the governor, his longtime ally.

When Assemblyman Ron Kim (D-Queens) accused the gov of threatening him in a heated phone call after The Post broke the story of a top Cuomo aide admitting the coverup was intentional, Heastie didn’t side with his colleague.

Instead, he urged . . . calm, merely issuing a statement: “Now more than ever, everyone involved needs to lower the temperature and work together to move this state forward and get past this pandemic.”

The speaker is more careful on the #MeToo allegations, saying, “Harassment in the workplace of any kind should not be tolerated.” And, after the latest ex-staffer spoke out, “A truly independent investigation is warranted.”

Yet Heastie has quashed efforts to to rescind Cuomo’s emergency pandemic powers and ignored bipartisan calls to impeach his longtime ally.

Several members of Heastie’s conference are fed up with Cuomo’s diktats and bullying ways. But the gov has loyalists in the Assembly, too: Kim told Gothamist that two Assembly colleagues in a Zoom conference accused him of being the bully rather than Cuomo.

No question which side Heastie takes. Even on nursing-home reforms that his members see as urgent, he has the Assembly advancing its own package rather than working with what the Senate already passed. That means Cuomo can play the two chambers off against each other.

It’s a safe bet Heastie will stall all efforts to remove the governor’s emergency powers, too. Say this for the speaker: He’s loyal to his friends — even when they don’t deserve it.