Cat reunited with owner after missing for 15 years 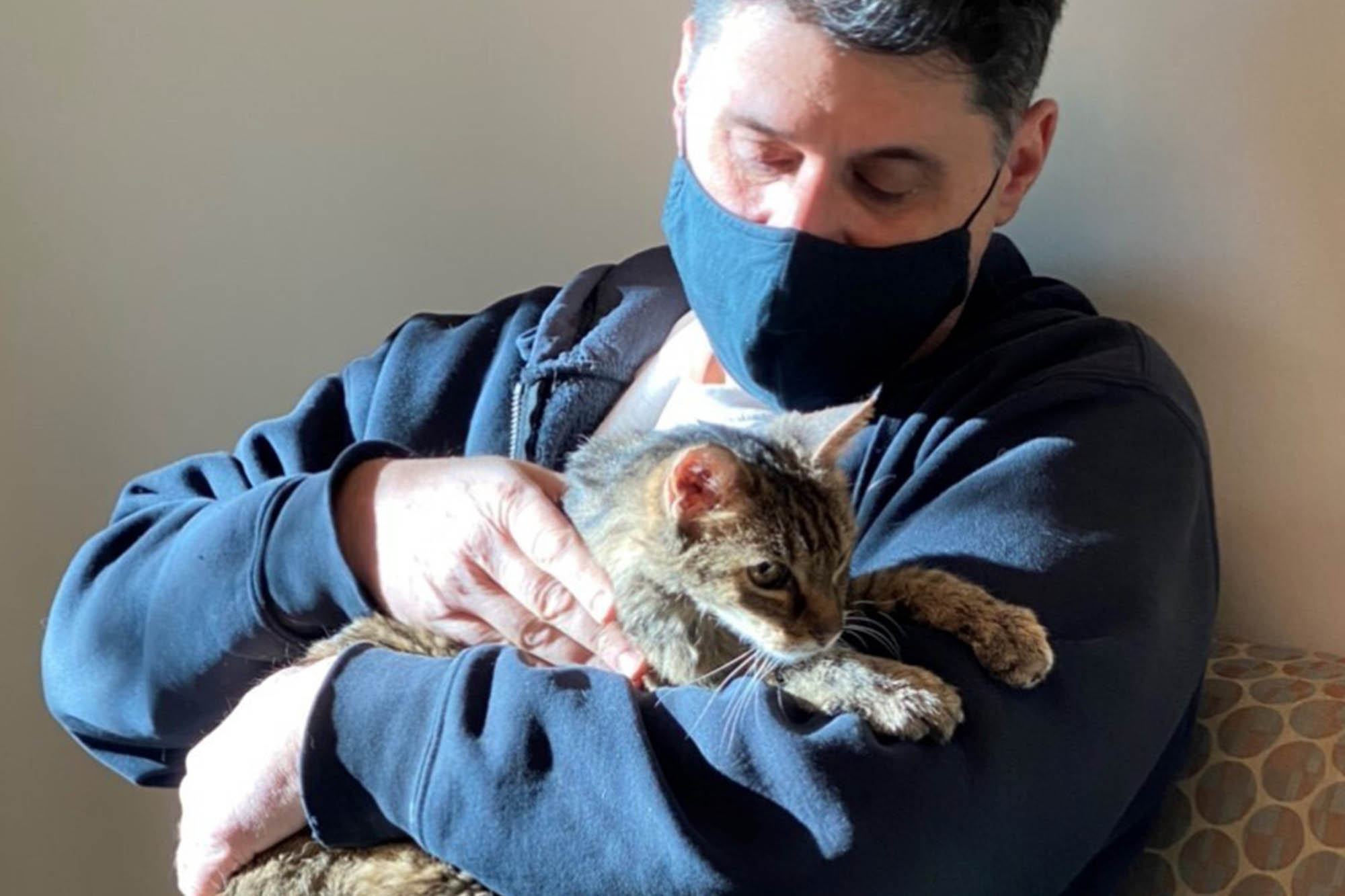 This plucky kitty has lived way more than nine lives.

Brandy, a brown tabby that went missing 15 years ago, was reunited with her owner Charles in California on Monday.

Brandy was adopted as a kitten in 2005, but went astray just months later before being found Sunday in Palmdale, north of Los Angeles.

“I saw her, I picked her up and she started to purr and it was very emotional,” Charles said. “It was nice to have her in my arms again.″

”I did break down and cry because I thought about all of the years I lost from her,” said Charles, a computer technician who did not want his last name used.

Brandy went missing from Charles’ home in the San Fernando Valley after escaping from his backyard.

The owner feared that she had been killed by a car or a coyote.

“But I was hoping someone would take her off the streets to take care of her, and I guess that’s what happened,” he said.

The fleeing feline’s misadventures ended when Charles received word from the Los Angeles County animal shelter and the company that implanted a microchip in Brandy that she had been found.

“I was skeptical. I thought, must be a mistake,” Charles said. “Maybe there’s a one-in-a-million chance it’s Brandy. But after 15 years, it’s highly unlikely.”

Despite the long odds, the story had an unlikely purr-fect ending.

Brandy was found malnourished and in need of grooming, but was the same calm, gentle and sweet cat that Charles remembered.

Charles’ sister is now cat-sitting Brandy, to give her space from the two younger cats in his small apartment.

“She doesn’t have a lot of energy. But she seems very content,” Charles said. “She purrs a lot.”

“She seems to be happy to have a home again,” he added.

Shootings will keep rising until the politicians admit their disastrous mistakes