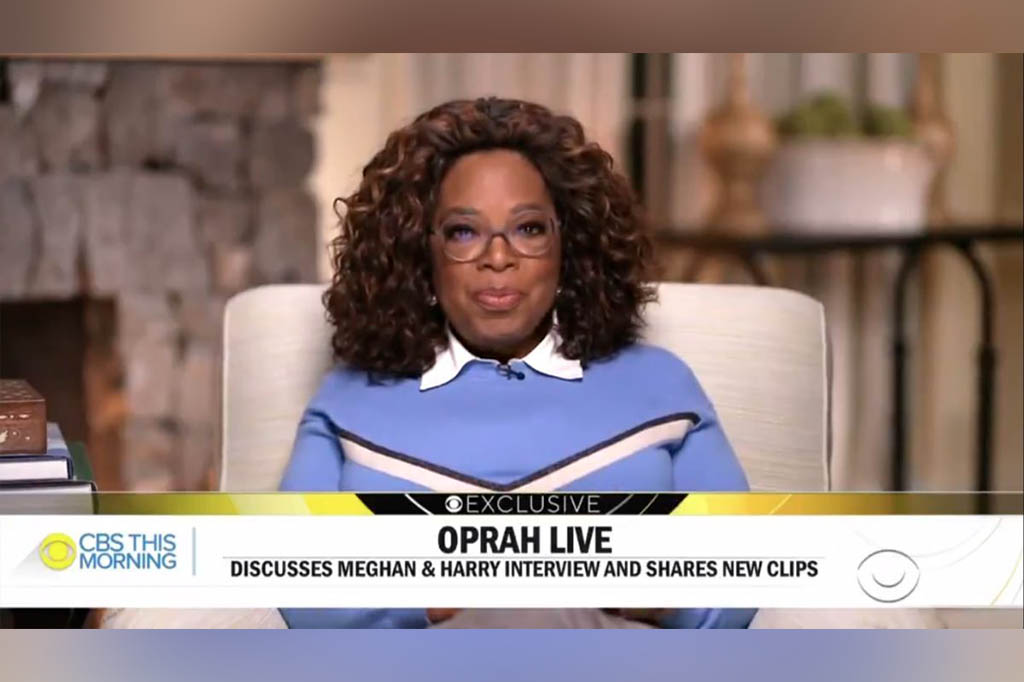 “CBS This Morning,” a perennial last-place finisher in the morning TV wars, got a surprising first-place win this week — thanks to Oprah Winfrey.

More viewers tuned in Monday morning — the day after Winfrey’s explosive interview with Prince Harry and Meghan Markle, which drew 17.1 million sets of eyeballs — to hear the media mogul’s take on the couple’s rift with the royal family.

According to Nielsen, “CBS This Morning” on Monday CBS captured an average of nearly 4.8 million viewers with over 1 million of them in the most-coveted advertiser demographic, people between the ages of 25 and 54.

“Today,” meanwhile, took in just under 3.2 million viewers with 1 million of them from the coveted demo, while “GMA” reeled in 3.4 million, of which 872,000 were in the demo. That marked a rare victory for CBS’s third-place show, anchored by Oprah’s bestie, Gayle King, Anthony Mason and Tony Dokoupil.

Indeed, it was the first time on record – dating back to the 1990s — that a CBS morning program has defeated both competitors in total viewers and the advertiser demo with a single broadcast.

“We are covering history – and, again, we are making it,” Susan Zirinsky, president of CBS News, said in a memo to staff on Wednesday, adding that the broadcast “wove an extraordinary interview with Oprah, Harry & Meghan –  including exclusive, new never-before-seen material – all throughout the show.”

Harry and Meghan aside, “CBS This Morning” in recent weeks has had much to celebrate thanks to the network’s recent broadcast of Super Bowl LV. On Feb. 7, the Monday following the game, “CBS This Morning topped “Today” for the first time since 1993.

Queens and Manhattan borough presidents call on Cuomo to resign

China did ‘little’ to find COVID origin early in pandemic: WHO