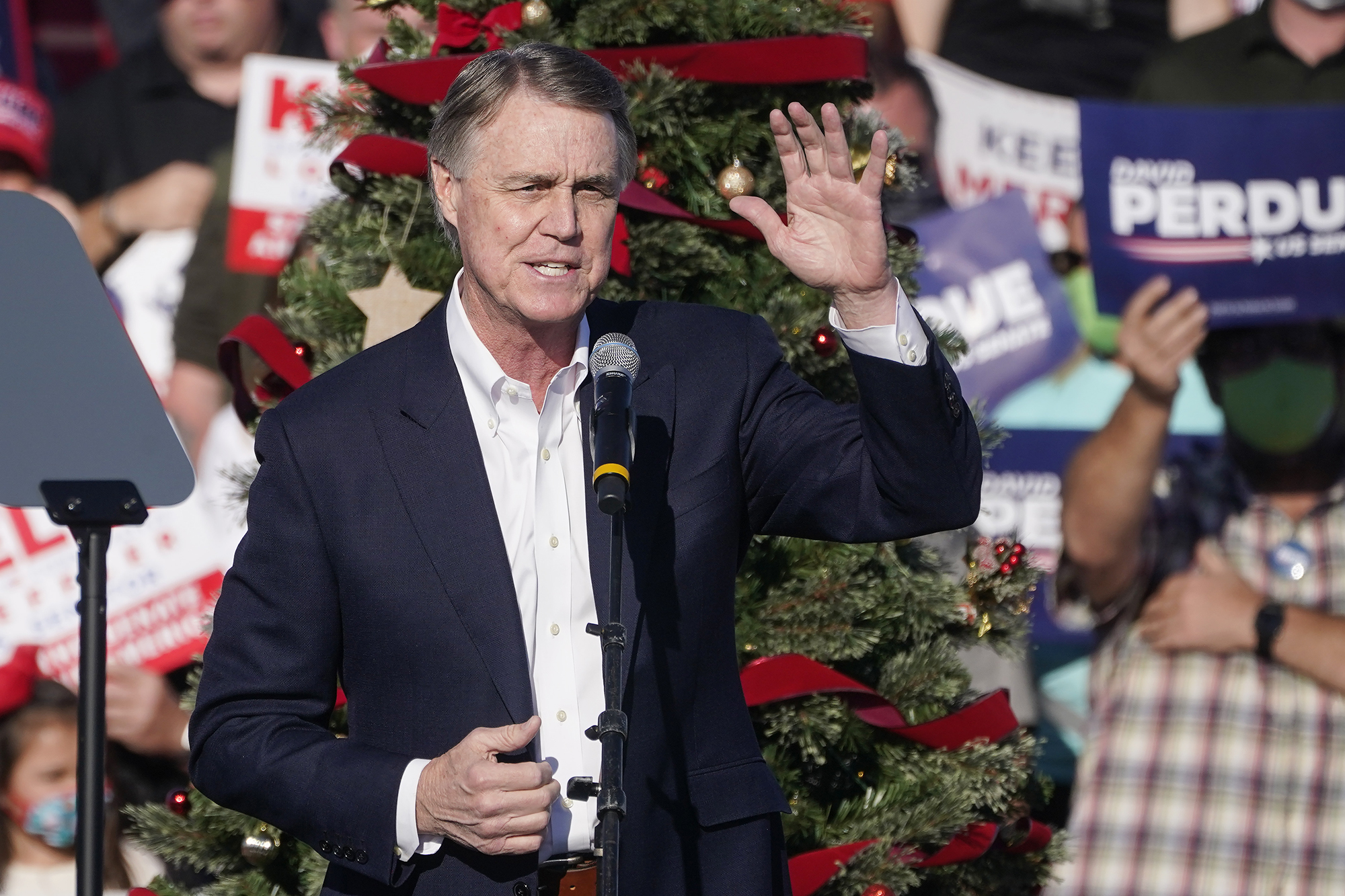 Former Sen. David Perdue announced Tuesday he will not challenge Sen. Raphael Warnock (D-Ga.) for his seat in the 2022 midterms, reversing course after filing paperwork declaring his candidacy.

In a statement first sent by email to supporters, Perdue (R-Ga.) said that he and his wife, Bonnie, had decided against him re-entering the political arena.

“This is a personal decision, not a political one. I am confident that whoever wins the Republican Primary next year will defeat the Democrat candidate in the General election for this seat and I will do everything I can to make that happen,” the former senator wrote, saying he had come to this decision “after much prayer and reflection.”

“As we saw in my race in November, Georgia is not a blue state. The more Georgians that vote, the better Republicans do,” Perdue continued, “These two current liberal US Senators do not represent the values of a majority of Georgians.”

When the two went head to head during the Nov. 3 election, Perdue was unable to reach the 50 percent threshold required by the state in order to declare a winner. He led Ossoff 49.7 percent to 48 percent.

As a result, the race was sent to a runoff.

The race, along with the other Georgia Senate race that pitted then-Sen. Kelly Loeffler (R-Ga.) against Rev. Warnock.

The two races cost Republicans control of the Senate.

While Perdue did not go into specifics, his decision comes one week after it was revealed that he had filed paperwork with the Federal Election Commission to launch a new campaign.