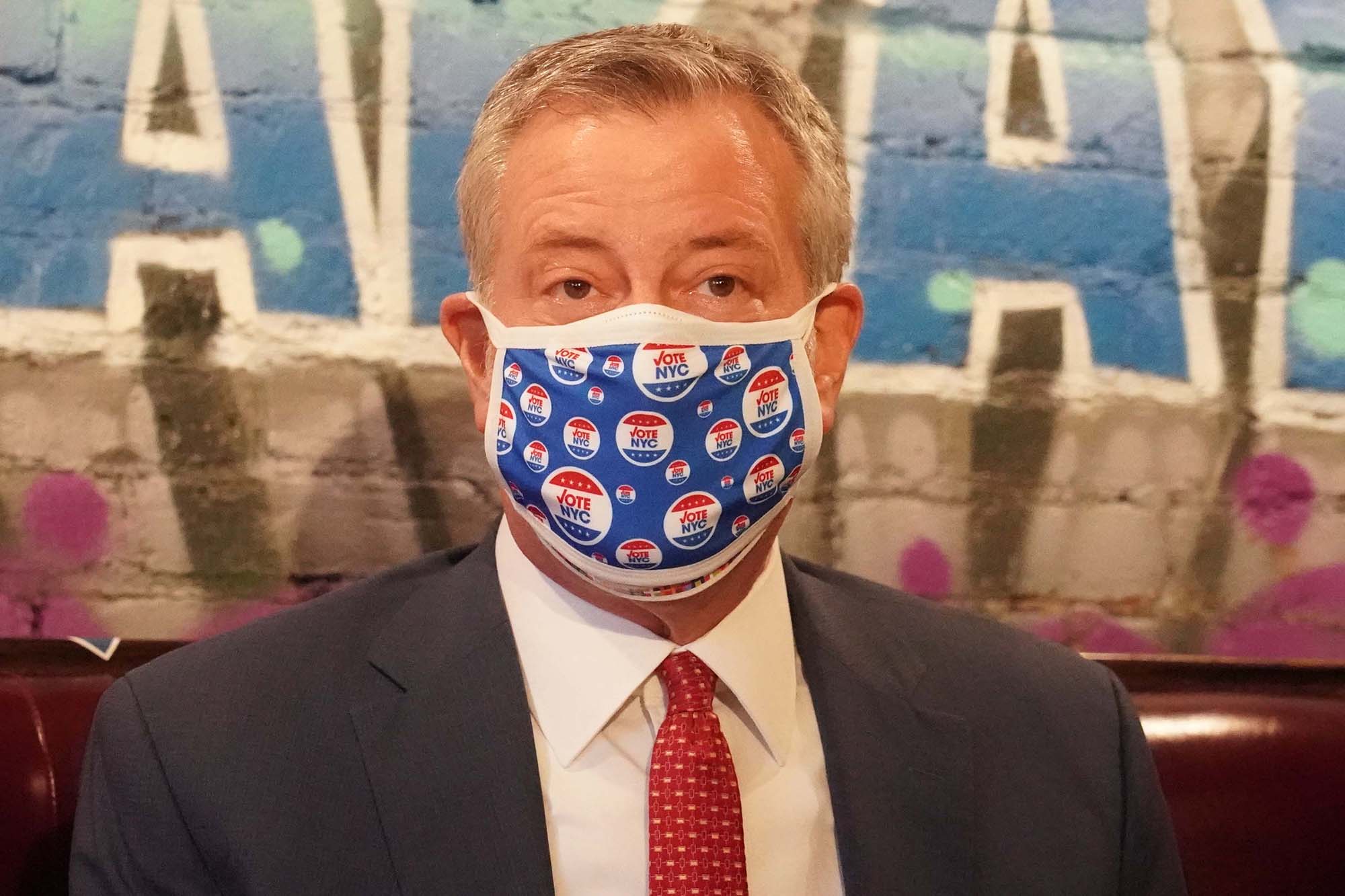 Almost a year into Gotham’s devastating lockdown, Mayor de Blasio has announced the appointment of former school-construction chief Lorraine Grillo as “recovery czar” to, in his words, “super-charge” an economic recovery.

But a close look at the mayor’s sad, thin recovery plan belies his commitment to the future of New York City as a locus of growth and opportunity — which it must once more be if the desolate ghost-town effect is to disappear.

In his news conference announcing Grillo’s new role, Hizzoner proclaimed the “incredible” news that the city would extend its contract with the Port Authority of New York and New Jersey to manage Kennedy airport. The contract, set to expire in 2050, will now run through 2060. This “great plan,” says de Blasio, means that “a lot of the money from JFK will go to minority and women-owned businesses. A lot of the hiring will be from the surrounding neighborhoods in Southeast Queens.”

Indeed, people in Jamaica will continue to work at the airport, as they always have, and the renovation of terminals, runways and parking lots will surely involve the hiring of local labor, too. But so what? It’s not like de Blasio was going to take over the largest airport in the Northeast when he can’t even able to figure out a way to assume management of two Central Park ice rinks from Donald Trump. The mayor’s role in determining what happens on Port Authority property is miniscule.

It’s a sign of how unserious de Blasio is about economic recovery that he celebrates the planned return of the city’s 330,000 municipal employees to their offices. City workers have been held “harmless” throughout the pandemic, even while many of them have had little, if anything, to do. Been to a library lately? It’s fine that they will finally be getting back to work, but only in de Blasio’s fantasies do government employees represent economic vitality.

The key to de Blasio’s economic-development strategy is to leverage Gotham’s newfound expertise with contagious disease to make it the “public-health capital of the world.” Central to this vision is a plan to rename First Avenue, with its many hospitals and labs, “LifeSci Avenue.” This moniker may not have the romance or elan of “Museum Mile” or even “Avenue of the Americas” — but you have to give the mayor credit for trying.

The problem is that the United States already has two cities that are “public-health capitals,” namely Atlanta and Bethesda, the homes of the Centers for Disease Control and Prevention and the National Institutes of Health, respectively. Public health — as in, tracking seasonal influenza outbreaks—is important but not very profitable, which is why the federal government manages it.

Assuming that because the Big Apple was slammed by COVID we should now go into the pandemic business is a bad joke. It’s like telling Flint, Mich., to start a new company to compete with Pür water filters.

De Blasio also wants to hire 10,000 temporary workers for a “City Cleanup Corps” to beautify the city by removing the graffiti that has steadily taken over New York’s streets and even subway cars. Of course, it was just last July when de Blasio suspended the popular and successful Graffiti-Free NYC program, after which the scourge of graffiti really exploded. The NYPD has substantially cut back vandalism-related arrests, too. So there’s another formula for economic rebirth: encourage filth and then hire the unemployed to clean it up.

The mayor also plans to make the Taskforce on Racial Inclusion and Equity, a city-funded boondoggle his wife nominally runs, a permanent office of city government. The taskforce will help “identify areas of structural racism in New York City” and “root out this systemic rot.”

None of that will revivify a dead Midtown. Instead, de Blasio, as usual, wants to “tax the wealthy and redistribute wealth.”

Taxing billionaires to plump up social services has been an enduring strategy for the city’s political class for a long time, but it only works as long as the goose doesn’t mind waiting around to be plucked. But raising taxes isn’t a plan for growth and will only hasten the accelerating departure of rich New Yorkers for sunnier climes.

Memo to the mayor: Reviving New York City’s stalled economy will take more than slowly bringing municipal clerks back to their desks.

Seth Barron is managing editor of The American Mind and ­author of the forthcoming book “The Last Days of New York.”

How a global epilepsy initiative is helping to heal children

Carl Heastie is doing his best to cover for Andrew Cuomo