Elsa the tiger found in Texas storm gets ‘fairytale ending’ 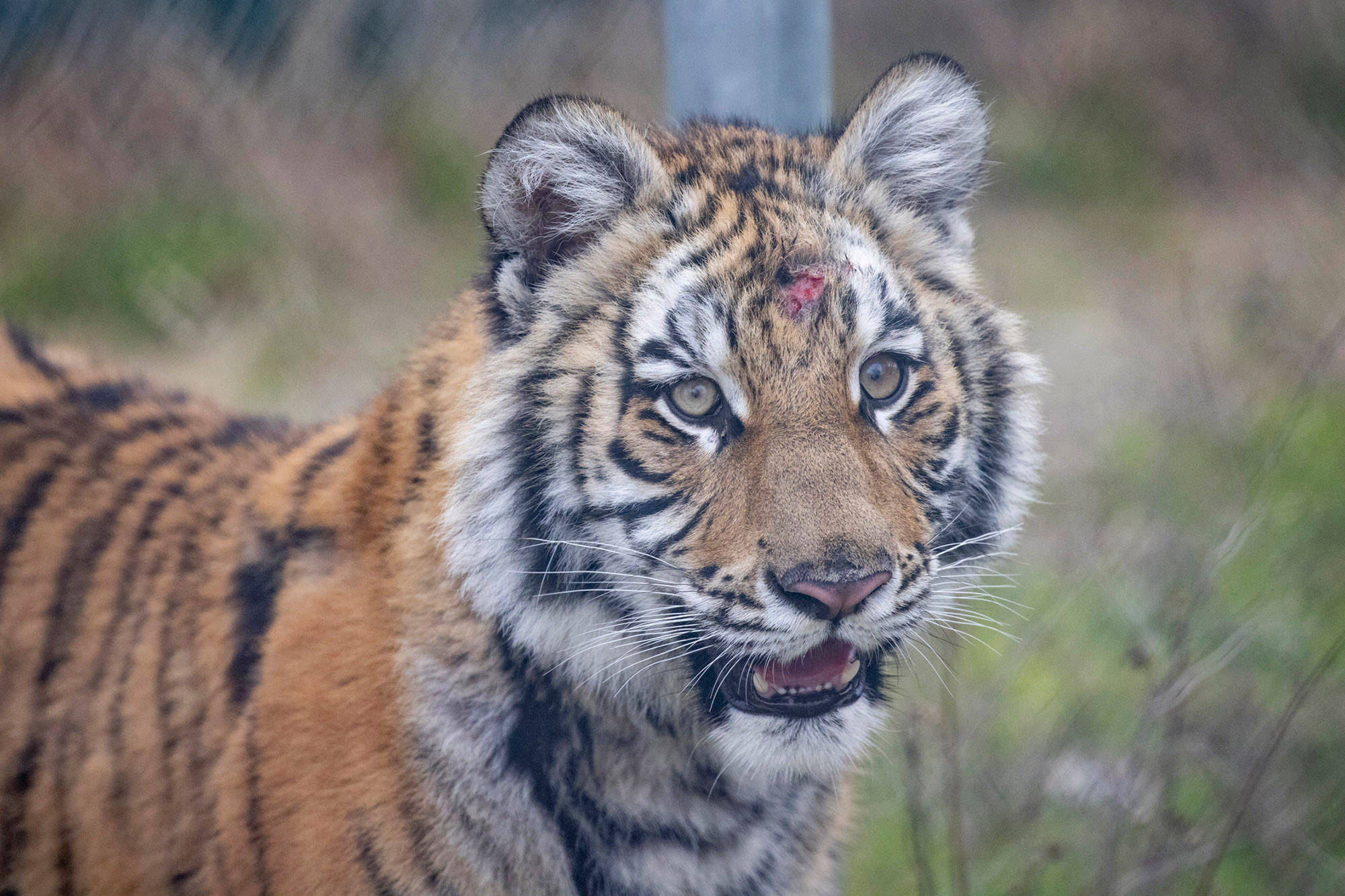 The six-month-old animal —  named Elsa in a nod to the Disney flick “Frozen” — got a “fairytale ending” after she was abandoned in brutally cold temperatures in San Antonio, the Humane Society said in a press release.

The big cat was wearing a dog harness and appeared unhealthy — with rubbed-away fur spots indicating stress —  when she was seized by the Bexar County Sheriff’s Office, officials said.

Cops gave the 60-pound tiger the name Elsa and placed her temporarily in a local wildlife rehabilitation center while animal advocates hunted for a home for her.

“She’s hopefully on her way to a fairytale ending,” Bexar County Sheriff Javier Salazar said in a Facebook live post. “We’re wishing her well on her way to the next chapter in her life, and we’re hoping for a happy ending.”

On Wednesday, Elsa was driven five hours to the Black Beauty Ranch, where she was filmed pacing and playing in her enclosure.

“Elsa is a rambunctious young wild animal and appears to be playful and active. Sadly, she spent her first few months of life as someone’s pet,” said Noelle Almrud, senior director of Black Beauty Ranch.

“We expect her to quickly acclimate to her large, natural habitat and start behaving more like a tiger than a pet.”

Elsa had not been on a proper diet and arrived with a “raw area on her forehead from rubbing on her cage from stress” and “fur missing where the harness once was,” she said.

Animal advocates stressed the need for federal legislation, such as the Big Cat Public Safety Act, to forbid keeping tigers as pets.

“The constant breeding necessary for these activities is a major driver of the huge surplus of big cats across the country,” the Humane Society said.