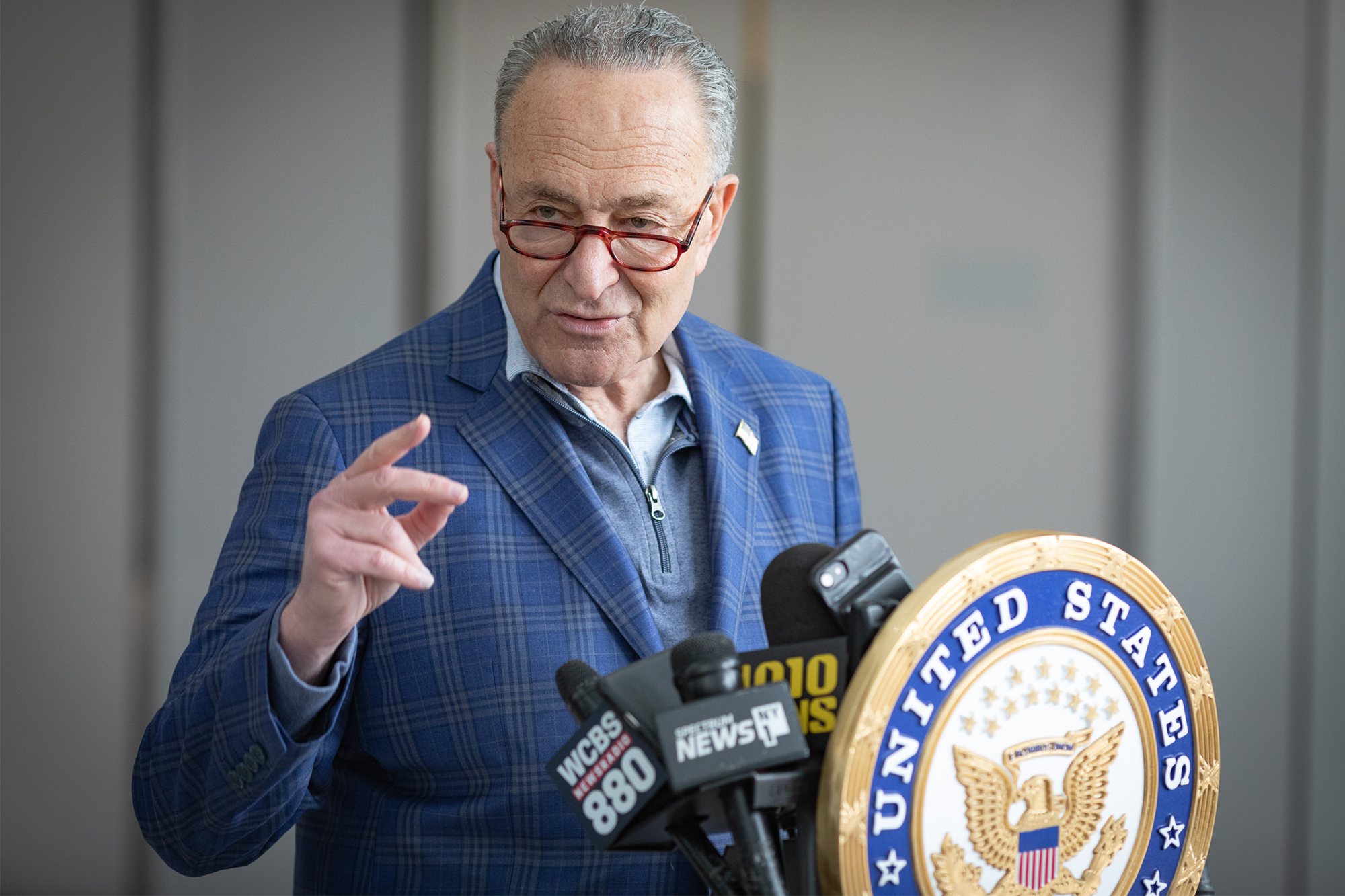 The American Rescue Plan provides state government coffers with $12.6 billion in unrestricted aid, a measure championed by Schumer, the New York senior senator. The measure passed the Senate in a 50-49 vote and is expected to clear the Democratic-led House of Representatives on Tuesday and delivered to President Biden for approval.

Asked if the geyser of pandemic relief eliminates the needs for tax hikes or spending cuts, Roefaro told The Post, “the statement speaks for itself.”

Roefaro continued, “How NY decides its budgetary policy is a matter for the state legislature and the administration. Our job was to deliver resources to help NY confront and overcome Covid and it’s impacts, including the fiscal impact. And we did that fully and completely.”

Facing a multi-billion budget gap and a restive left flank in the state Legislature calling for massive tax increases on the rich, Cuomo proposed raising incomes taxes for the wealthiest New Yorkers to a top rate of 10.86%, up from 8.82%. New York City residents well-to-do pay a combined top state and local income tax rate of 14.7%, the highest rate in the nation.

But one budget analyst said there’s now no need for any tax increases at all with the geyser of federal stimulus funding flowing to New York from Washington.

“There’s no need for a tax increase,” said EJ McMahon of the Empire Center for Public Policy, who has long claimed that Cuomo was overstating New York’s fiscal woes.

He said the income tax on the wealthy proposed by Cuomo as part of his executive budget plan is “no longer necessary.”

McMahon said the federal aid is so large that it’s enough to avoid major tax hikes for the next two fiscal years.

Asked about Schumer’s office claim, Cuomo budget spokesman Freeman Klopott referred to the governor’s comments on Sunday, when he said that tax hikes are still on the table despite the influx of funeral funding.

“So we do have a gap there, and tax increases are on the table. And they’re on the table for the Assembly and the Senate, I’m not speaking for them, they can speak for themselves, but yes, they are on the table, because you have damage to repair.”

Cuomo expressed concern about what happens when the one-time infusion of federal cash disappears. Spending has increased during the pandemic despite an economic recession triggered by safety lockdown, a drop in tax revenues and massive layoffs.

McMahon said Cuomo is right to be concerned about what happens beyond the next budget cycle or two. The governor and state lawmakers must craft a new budget by April 1.

But McMahon is also concerned that Cuomo — battered and weakened by multiple sex harassment allegations and nursing home scandals — might acquiesce more to lawmakers’ tax and spending wishes than he has in the past. Prominent Democrats — including Senate Majority Leader Andrea Stewart Cousins (D-Yonkers) — are calling on him to resign.

“The question is whether he’ll try to buy friends. Folks on the left would love to shake him down,” McMahon said.