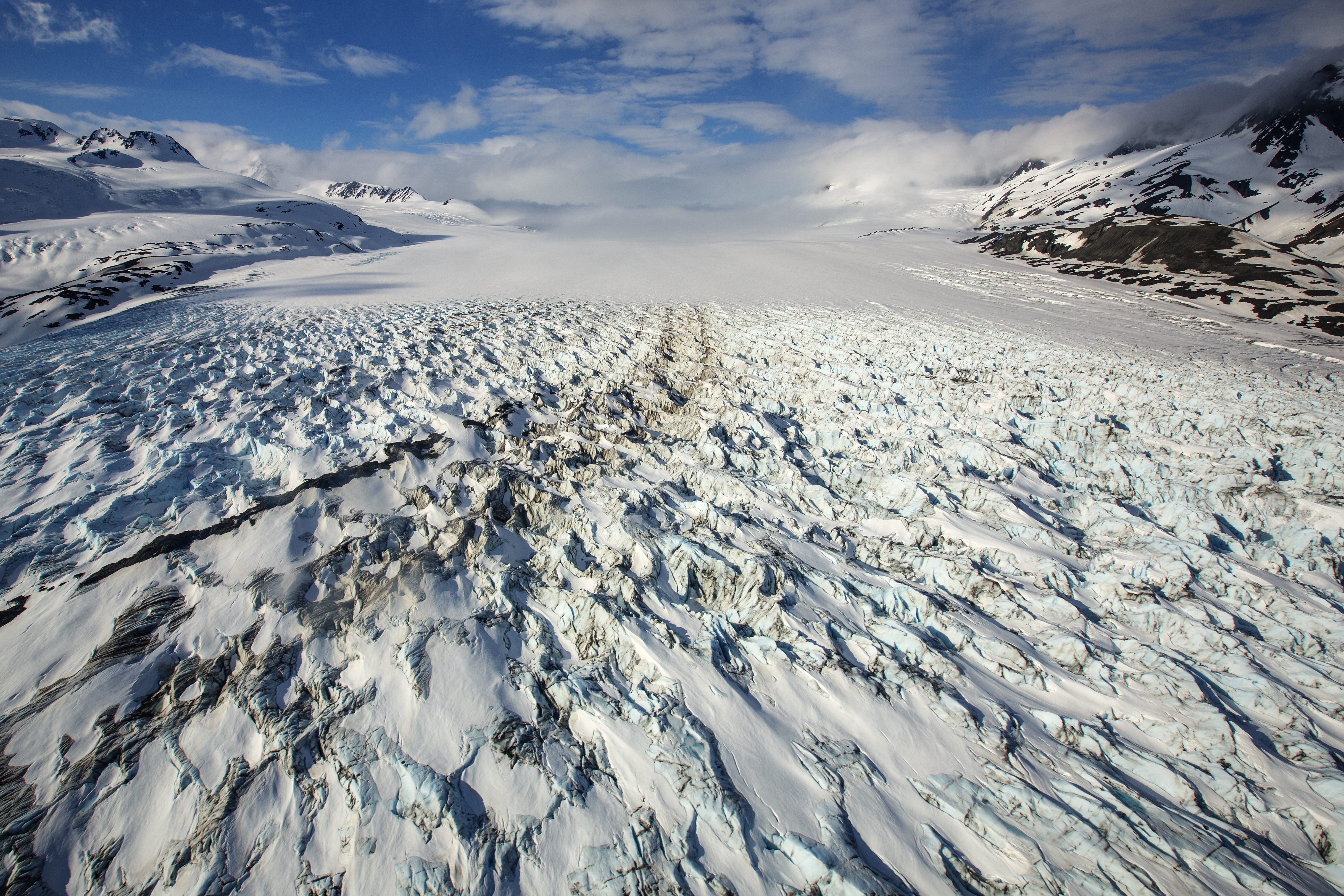 Five people were killed and another person was injured Saturday when a helicopter they were riding in crashed into an Alaskan glacier, authorities said.

The victims were on a heli-skiing trip aboard a contracted chopper that had departed the Tordrillo Mountain Lodge, according to state troopers.

The pilot, two guests of the lodge and two guides were killed, company spokesperson Mary Ann Pruitt told The Associated Press. A third guest was was hospitalized in serious condition.

“This news is devastating to our staff, the community in which we operate and the families of the deceased,” a statement released by the lodge said.

The helicopter crashed in the Knik Glacier about 50 miles east of Anchorage at 6:35 p.m., the Federal Aviation Administration said Sunday.

The cause of the wreck is under investigation.

The lodge where the chopper’s occupants had been staying is about 60 miles northwest of Anchorage.

The two guides who died were identified by authorities Sunday as Gregory Harms, 52, of Colorado, and Sean McMannany, 38, of Girdwood, Alaska.

The two guests who were killed were Petr Kellner, 56, and Benjamin Larochaix, 50, both of the Czech Republic.

The pilot was identified as Zachary Russel, 33, of Anchorage, authorities said.

UCLA’s toughness was difference vs. Alabama