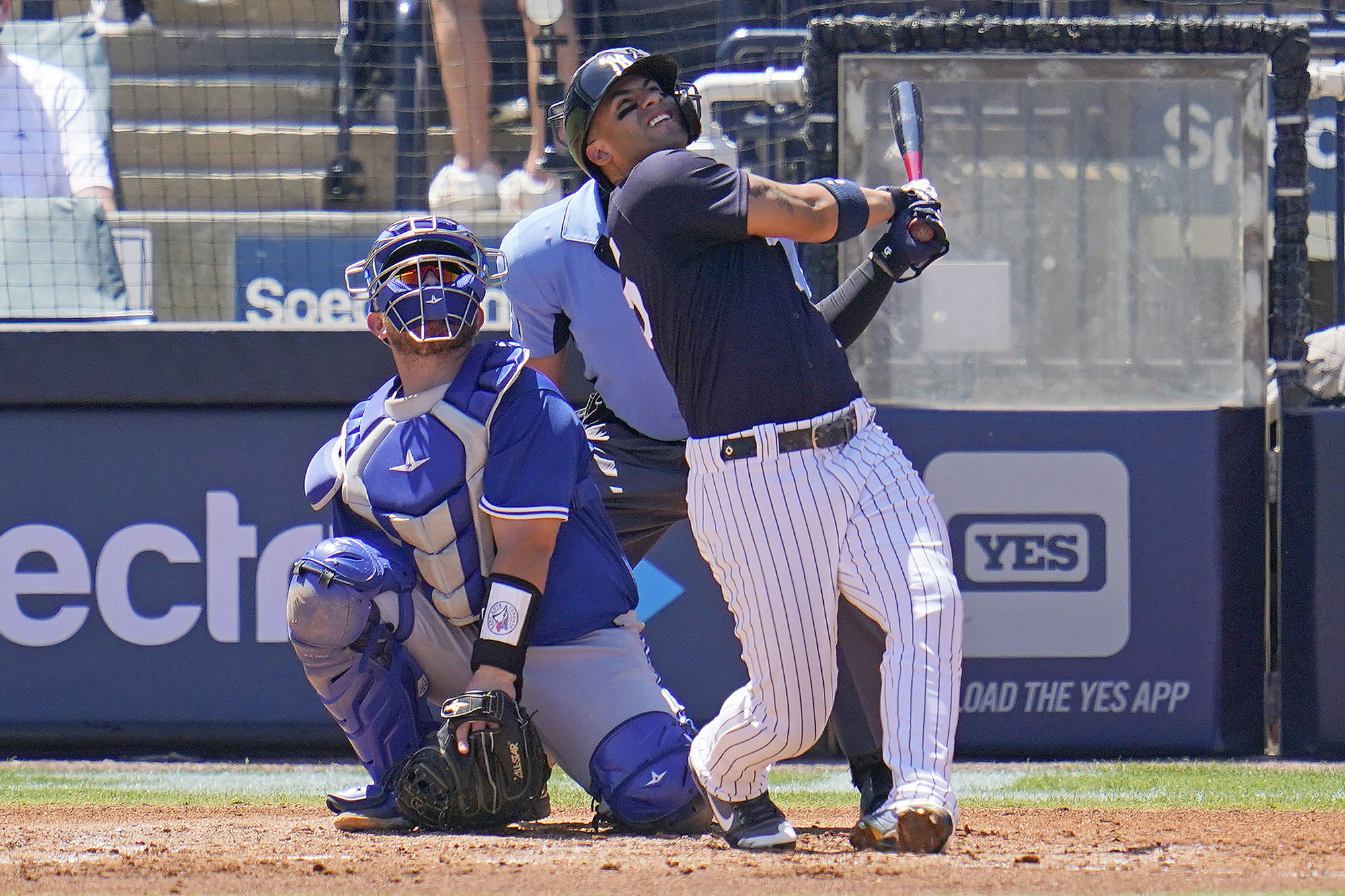 Observations from the Yankees’ 5-1, eight-inning spring training win over the Blue Jays on Saturday.

Jhoulys Chacin tossed 2 ²/₃ shutout innings in a 5-1, eight-inning win over the Blue Jays to extend his scoreless streak to 7 ¹/₃ innings over his last three outings. In camp on a minor league deal, Chacin could give the Yankees added depth either as a starter or long reliever.

With Jay Bruce on the roster, Mike Ford is likely ticketed for the alternate site, but he had four hits, including a homer. It was Ford’s first home run of the spring.

Gleyber Torres slammed his bat after hitting a fly ball to left field in the third and the ball ended up carrying just over the wall. It was the first of his two homers — and three hits — on the day as he tries to put 2020 behind him. “I’m excited about where Gleyber is and have been since day one of spring training,’’ Aaron Boone said.

Corey Kluber gets the start on the mound — with Bruce at first — as the Yankees visit the Phillies at 1:05 p.m. at BayCare Ballpark in Clearwater, Fla.