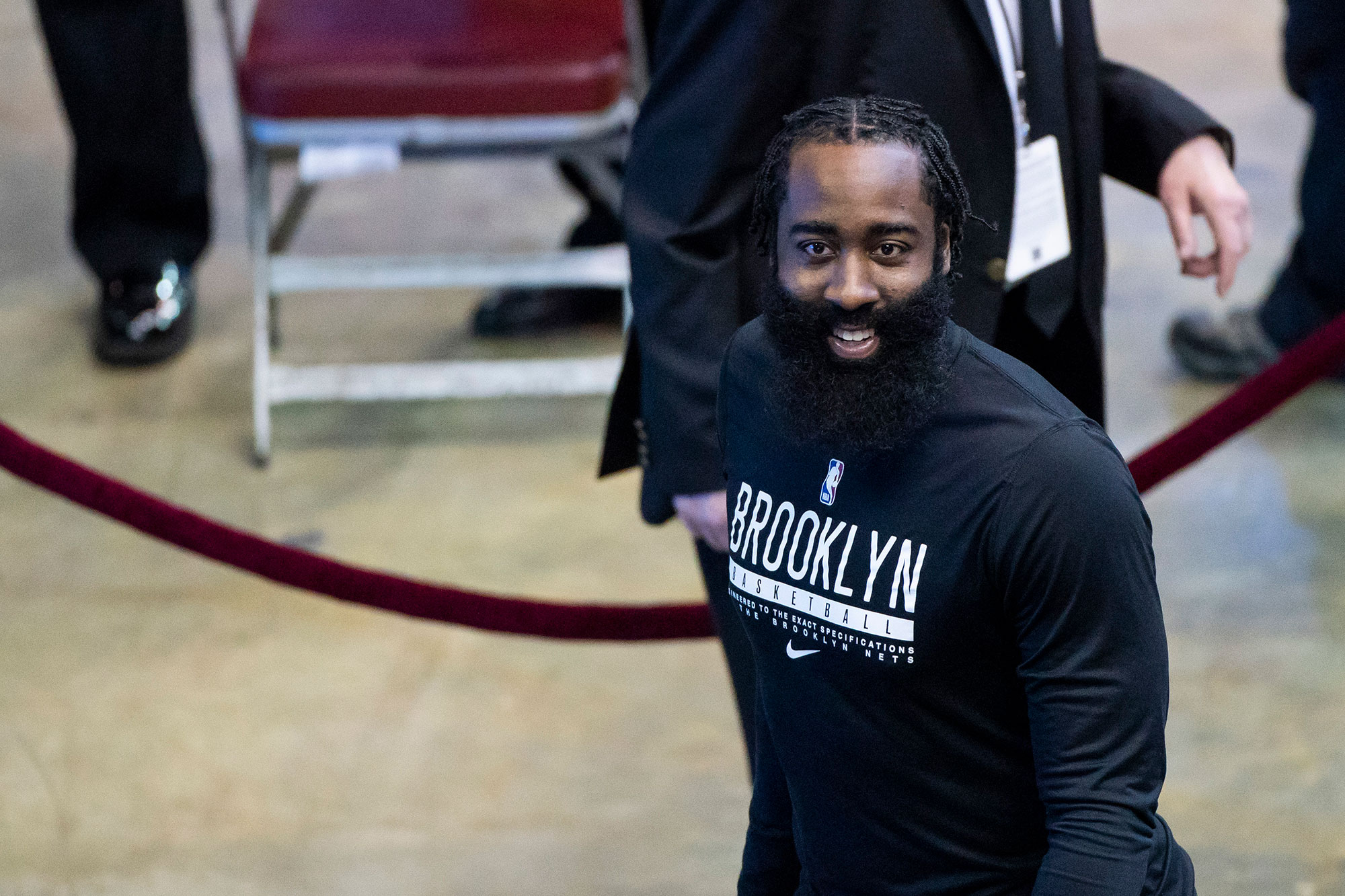 The Nets All-Star returned to Houston on Wednesday for the first time since forcing his way out of town in a trade to Brooklyn.

The jeers seemed far louder than any cheers among from the 3,900 fans at the Toyota Center, according to the ESPN broadcast.

Plenty of boos seemed to come on every Harden touch — though the Houston Chronicle’s Jonathan Feigen reported that they mostly emanated from one vociferous group.

Harden received some applause during a tribute video in the first quarter.

“James Harden will always be a Rocket. Of course we will retire his jersey,” Rockets owner Tilman Fertitta told the Houston Chronicle this week.

Since the Jan. 13 trade, Harden is averaging 25.3 points and 11.3 assists in 22 games entering Wednesday’s game at the Toyota Center.

“That’s a place I call home,” Harden said of Houston on Tuesday. “It’s always home, and I feel like I’m still a part of everything and the struggles and everything they go through. I’m excited to go back there and see the familiar faces, see my family and play a game, the last game before the break.”