In landmark ruling, Japan court says it is ‘unconstitutional’ to bar same-sex marriage 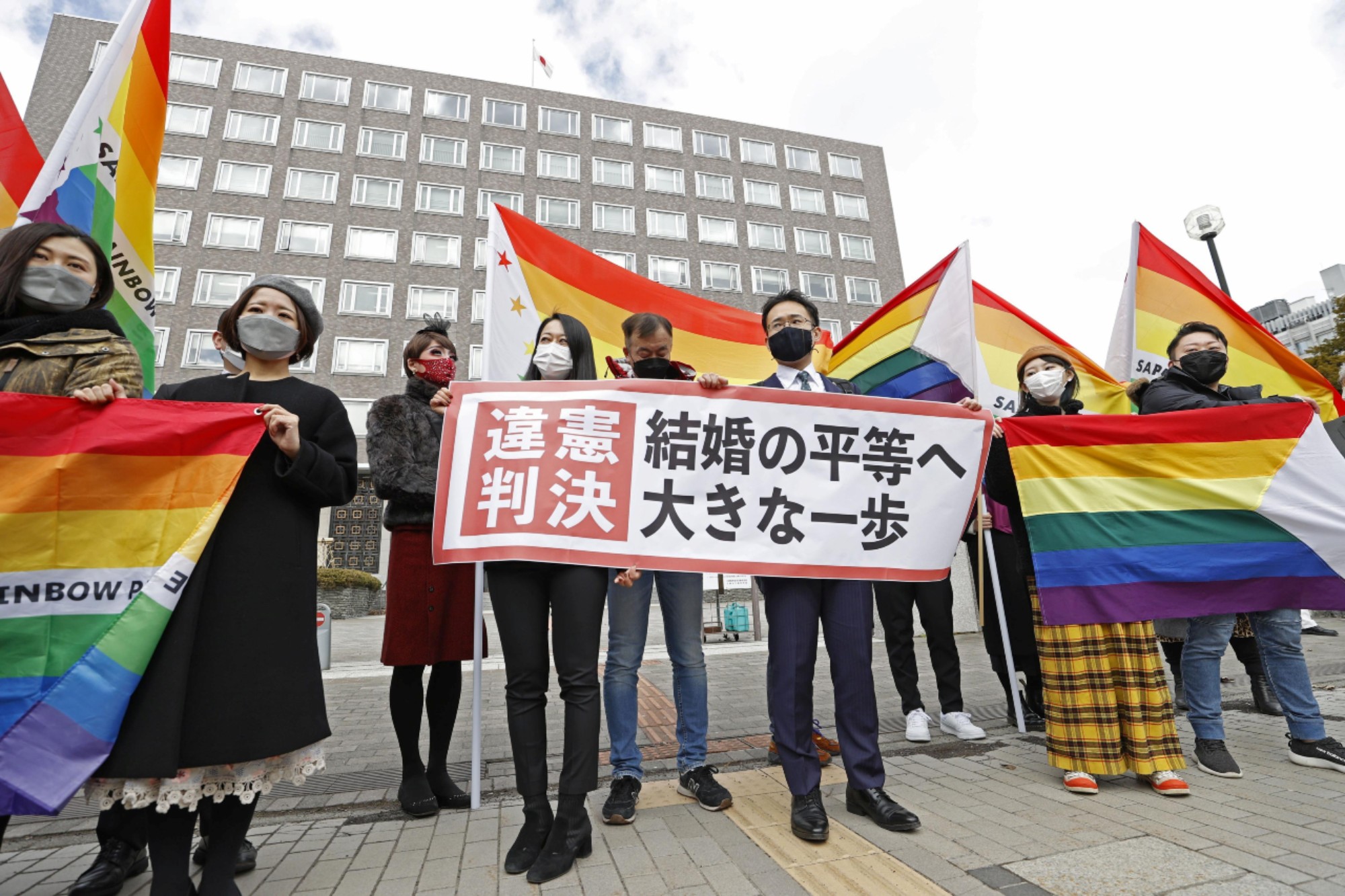 TOKYO – A Japanese court ruled on Wednesday that not allowing same-sex couples to get married is “unconstitutional,” setting a precedent in the only G7 nation not to fully recognize same-sex partnership.

The ruling by a district court, the first in Japan on the legality of same-sex marriages, is a major symbolic victory in a country where the constitution still defines marriage as being based on “the mutual consent of both sexes”.

Following the ruling, plaintiffs and supporters unfurled rainbow flags and banners in front of the court.

While a new law will be needed before same-sex marriages can actually take place – which could take some time in socially conservative Japan – the plaintiffs’ lawyer called the ruling “revolutionary”, while LGBT activists deemed it life-changing.

“Until the ruling was announced, we didn’t know this was what we’d get and I’m just overjoyed.”

Under the current rules in Japan, same-sex couples are not allowed to legally marry, can’t inherit their partner’s assets – such as the house they may have shared – and also have no parental rights over their partners’ children.

Though partnership certificates issued by individual municipalities help same-sex couples to rent a place together and have hospital visitation rights, they still don’t give them the same full legal rights enjoyed by heterosexual couples.

“Sexual orientation cannot be changed or selected by a person’s will,” the ruling said. “It is discriminatory treatment … that they cannot receive even some of the legal benefits that heterosexuals do.”

The Sapporo District Court threw out the demand for damages by the six plaintiffs – two couples of men and one of women – who had asked that the Japanese government pay 1 million yen ($9,168.42) each in acknowledgment of the pain they suffered by not being able to legally marry.

But Takeharu Kato, the lawyer of the plaintiffs, called the verdict overall “revolutionary”, while urging parliament to quickly start working on a law to make same-sex marriage possible.

“We praise this ruling for taking in the plaintiffs’ earnest appeals,” the lawyer told a news conference.

Similar cases are currently being heard in four other courts around Japan and this ruling may indirectly influence their outcome.

“Only because the gender of the person we love is different, we can’t get married. We live the same lives as heterosexuals, have the same troubles and the same joys,” said one of the plaintiffs, a woman known only as “E”.

“Though our lives are exactly the same, the nation wouldn’t recognise this.”

Chief Cabinet Secretary Katsunobu Kato told a news conference he had not read the ruling in detail but that the government would “carefully watch” the outcomes of the other court cases.

While homosexual sex has been legal in Japan since 1880, social stigma means many have yet to come out even to their families. The Japanese ruling also came just days after the Vatican said priests cannot bless same-sex unions.

Some in the business world say Japanese rules not allowing same-sex marriage hurt the country’s competitive advantage, by making it difficult for companies, especially foreign companies, to attract and keep highly-skilled labour in an increasingly international economy.

Tokyo residents also welcomed the ruling, saying it was about time things changed.

“Japan has always been conservative, but these days things are becoming more open,” said 60-year old dentist Kyoko Enomoto. “I think it will open up a lot more from now on.”

Tiger Woods may have fallen asleep at wheel, experts suggest