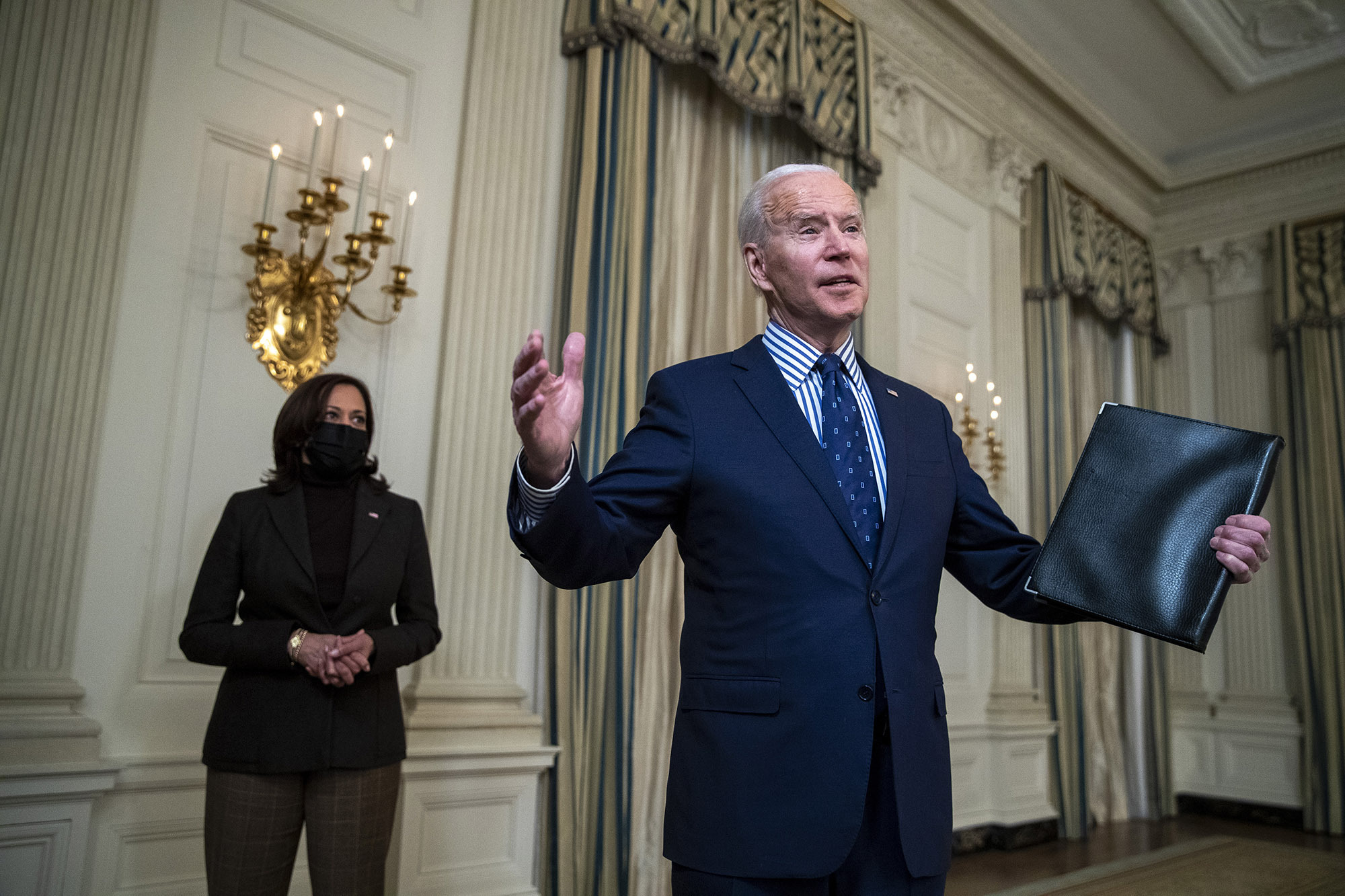 The 46th commander-in-chief will sign two orders from the White House in the late afternoon.

The first will establish the White House Gender Policy Council, a four member panel initially created under the Obama administration under a different name but disbanded under former President Donald Trump, aimed at addressing “gender in policies, programs and budgets” on a “government-wide” scale.

More specifically, the council will be tasked with combating systemic bias and discrimination, as well as sexual harassment and violence both domestically and worldwide.

The second order, according to the White House, will direct the Department of Education to review the Title IX regulation issued under Trump-era Education Secretary Betsy DeVos.

That regulation undid the guidance on Title IX put out by then-President Obama in 2011 telling educational institutions that a single act of sexual harrassment, “regardless of where the conduct occurred,” could prompt a Title IX investigation.

Title IX refers to the 1972 law barring discrimination based on sex in education.

Under President Trump, DeVos argued that the guidelines turned campus disciplinary panels into “kangaroo courts” that were too quick to punish accused students.

Biden’s order on Monday will direct the Education Department to “review all of its existing regulations, orders, guidance, and policies to ensure consistency with the Biden-Harris Administration’s policy that students be guaranteed education free from sexual violence.”

“This is a matter of human rights, justice and fairness. It is also critically important to reducing poverty and promoting economic growth, increasing access to education, improving health outcomes, advancing political stability, and fostering democracy,” the White House said in a statement.

Executive orders are legally binding, and as a result, are published in the Federal Register. Executive actions, by contrast, are more often symbolic efforts to enact change. Biden’s edicts Monday will be orders.

Both Biden and Harris have not personally condemned the embattled New York Democrat, though White House press secretary Jen Psaki has said that the two support an “independent investigation.”

Asked about Biden and Harris separately last week, Psaki declined to get into the allegations themselves, only offering boilerplate statements denouncing sexual harassment and reiterating both lawmakers’ support for a probe.

The White House could not immediately be reached by The Post for comment. A spokesperson for Harris did not respond to The Post’s request for comment.

Cuomo, meanwhile, is facing the fight of his political life following sexual harassment claims from a growing number of female aides.