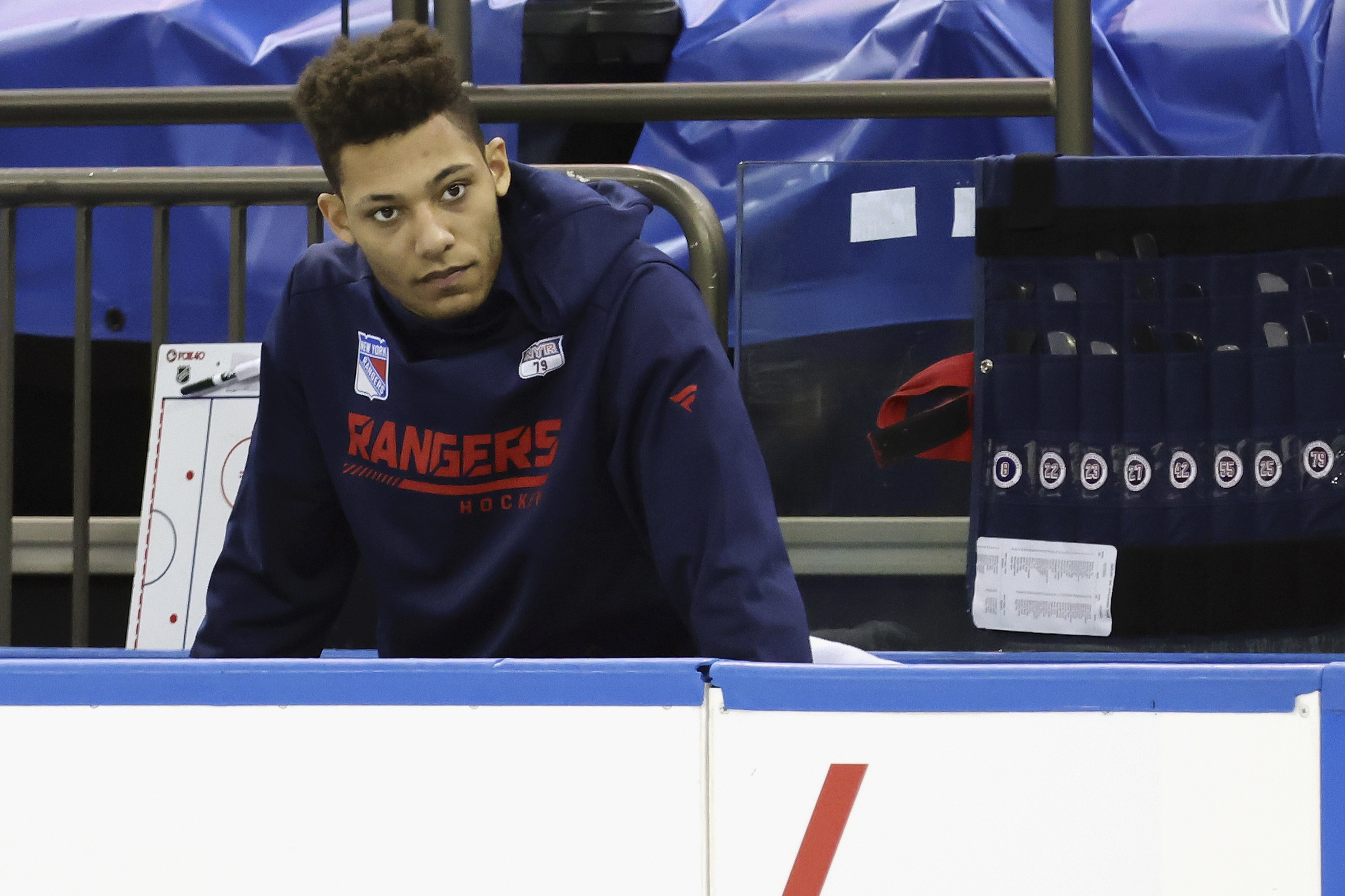 Before Wednesday night, the Rangers had lost only one player to the COVID-protocol list, when Kaapo Kakko missed the Feb. 1 match against the Penguins with what turned out to be a false-positive test.

Kakko went back on the list Saturday, when he was sidelined for the Blueshirts’ contest in Washington and remained on it for Wednesday’s game in Philadelphia. That was not all of it, however, as the Blueshirts placed K’Andre Miller on the list as well in the hours leading up to the 4-3 loss to the Flyers.

It is unclear whether Miller, who was replaced in the lineup by Jack Johnson, had tested positive. It is also unknown whether the Rangers might be vulnerable to an outbreak in the wake of these situations, which occurred five days apart.

Johnson, a scratch for Saturday’s victory over the Capitals, had played in the Rangers’ 3-2 shootout victory in Philadelphia last Thursday after having missed the previous eight games with a groin injury. He had participated in just one practice before rejoining the lineup.

Mika Zibanejad played perhaps his most dynamic game of the year, collecting a pair of assists in 20:20 of ice time, but he was denied twice on shorthanded breakaways, the second with 3:40 remaining and the Blueshirts down 4-3. Zibanejad also was denied earlier, with 5:45 remaining in the first period, when the puck rolled on him.

Both times, he went to the backhand. Both times, Brian Elliott was up to the task. He was asked whether he thought he might have scored if he were having a normal season, not this one in which he has two goals, with one deposited into an empty net.

“I don’t know. I did the move that I usually do, he read it, it didn’t go in,” Zibanejad said. “So I don’t know. It’s a hard question to answer. It just leads to more speculation. I’m just trying to keep it as simple as possible and not overthink those chances.”

The pair of assists doubled the center’s season total to four.

The Blueshirts surrendered 39 shots on goal, the most they’ve allowed this season.

The Rangers, 2-for-5 on the power play, have now scored in three straight with the man advantage (4-for-15) after going 0-for-14 in the preceding five matches.

In the absence of Miller, Kakko, Jacob Trouba (thumb) and Artemi Panarin (leave of absence), Brendan Smith and Anthony Bitetto were on the points on the second unit power play. The Blueshirts have scored 10 power play goals, with the first unit on for nine of them.

The Rangers won just 20 of 55 faceoffs (36 percent), with Zibanejad winning just two of his 14 draws.

Jimmy Carter and wife return to church after getting COVID vaccine