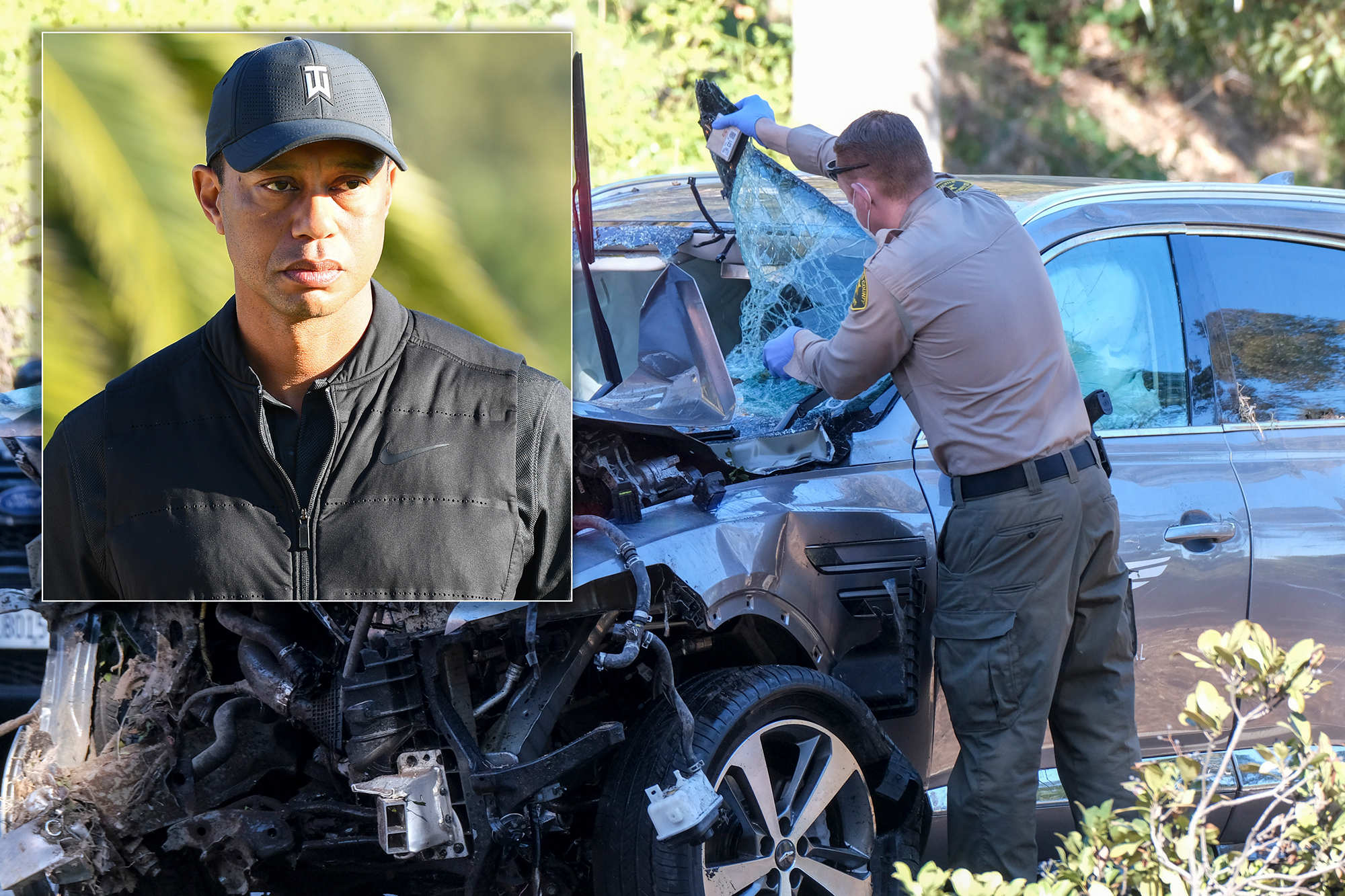 Sheriff Alex Villanueva said detectives have figured out what led Woods to crash his loaned 2021 Genesis GV80 on Feb. 23 — but claimed to need his permission to release the details.

“A cause has been determined, the investigation has concluded,” Villanueva said during a live social media event.

“It’s completed, signed, sealed and delivered,” he added. “However, we can’t release it without the permission of the people involved in the collision.”

The department has reached out to Woods, 45, and his reps for permission to divulge the cause of the wreck, Villanueva said.

“There’s some privacy issues on releasing information on the investigation so we’re going to ask them if they waive the privacy and then we will be able to do a full release on all the information regarding the accident.”

The sheriff has previously been slammed for comments he made about the crash, including calling it “purely an accident” and saying there was no evidence of impairment.

He defended his agency’s investigation of the crash earlier this month, saying the golf great did not receive special treatment from law enforcement.

A witness who was first on the scene just outside Los Angeles said he found Woods unconscious in his mangled SUV. But a sheriff’s deputy said the athlete later appeared to be “calm and lucid” and able to answer basic questions.

Investigators did not seek to collect blood samples from Woods to screen for drugs and alcohol. In 2017, Woods checked himself into a clinic for help dealing with prescription drugs after a DUI charge in his home state of Florida.

Detectives, however, did obtain a search warrant for the data recorder of the vehicle, known as a black box. Villanueva wouldn’t say on Wednesday what information had been found on the black box.

Woods was hospitalized with serious injuries due to the crash, which occurred around 7 a.m. in Rolling Hills Estates. The golf star struck a raised median and his vehicle crossed through two oncoming lanes and uprooted a tree on a downhill stretch that police said is known for wrecks.

He is in Florida recovering from multiple surgeries to his legs.

NYPD warns of spike in weapons at schools as classes return

Standing up to Gov. Cuomo is an ‘ethical duty’ for lawmakers