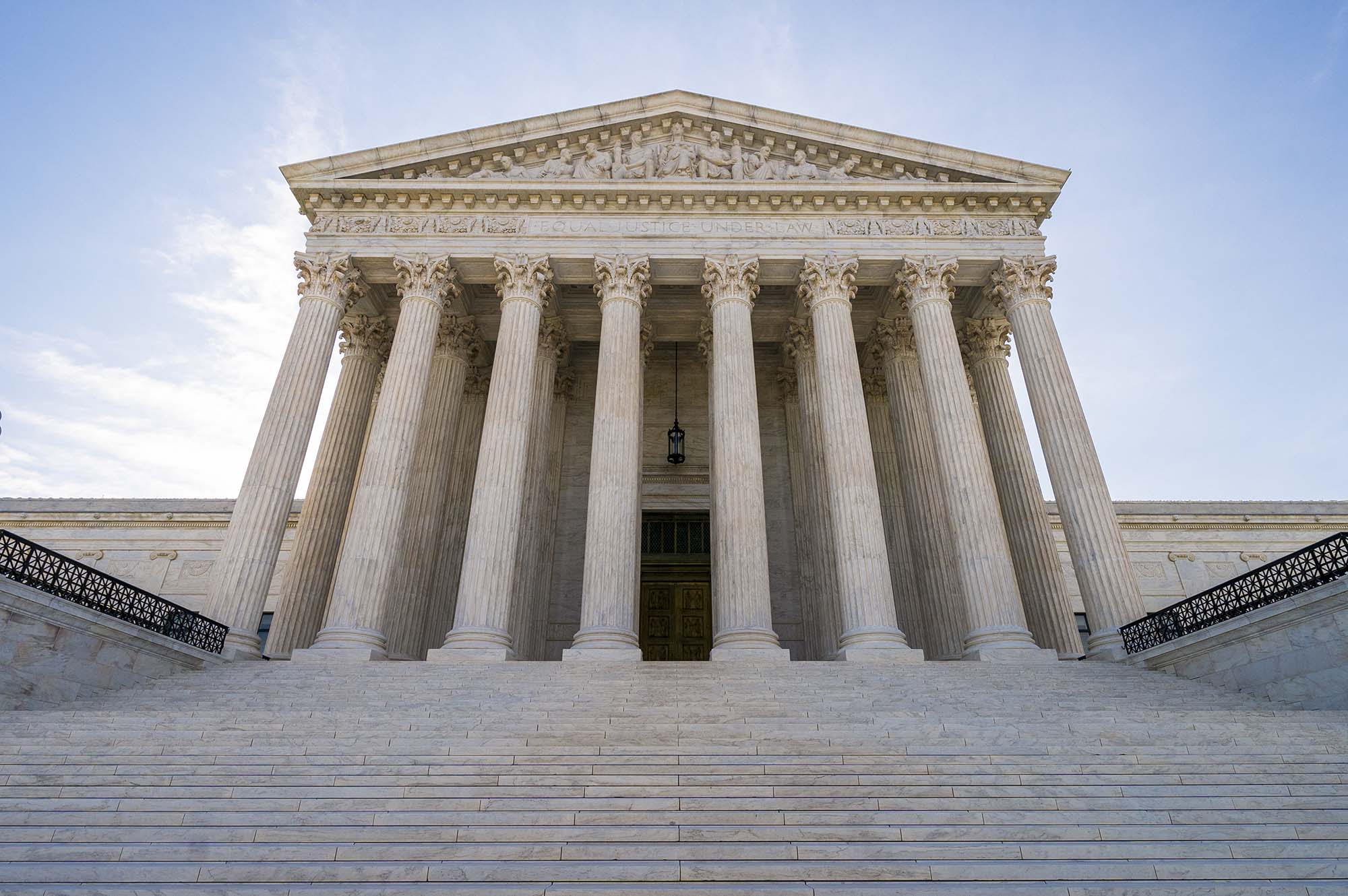 The Issue: Democrats’ introduction of a bill that would add four seats to the Supreme Court.

There should not be absolute power on either side (“Dems bid to pack the court,” April 15).

Democracy as defined or implied by the Declaration of Independence and the Constitution should be respected.

The Supreme Court frustrated President Frank­lin Roosevelt, but prevailing opinion precluded his court-packing in the 1930s.

We are at the precipice of abandoning our identity as a free nation.

Don’t watch this happen or become complicit in your silence or your voting.

Apparently, congressional Democrats can’t wait until President Biden’s Commission on the Supreme Court even begins considering changes to the court, much less completes the process, before proceeding with their court-packing agenda.

This is a naked power grab by the Democrats that will do nothing but politicize the court and erode public confidence in the judicial branch.

Liberal Justices Stephen Breyer and the late Ruth Bader Ginsburg have both resisted this idea.

It is interesting to note that the same people who criticized President Donald Trump for allegedly attacking institutional norms see no problem with their own assault on institutional norms, such as the Senate filibuster and the Supreme Court.

The Democrats have officially hijacked our country with their insane notion to pack the court.

Their claim is that adding four justices to the court “will shore up the public’s confidence in the court and its legitimacy in the public’s eye.” Who is “the public” exactly? I bet it doesn’t include 74 million Americans.

Trump filled SCOTUS vacancies the old-fashioned way — due to retirements or death.

It’s outlandish to think that just because the balance of the court doesn’t swing left it’s no longer a viable institution.

Democrats, stop throw­ing a hissy fit when you don’t get your way. Trying to bring down our country for a power grab will have lasting effects for years to come.

Total government control over its citizens was the goal of the communists, fascists, Nazis, Venezuelan socialists — and now the American left.

The Constitution was designed to protect us from government, and the Supreme Court is the ultimate enforcer.

If Democrats pack the court with far-left lackeys, Americans will inevitably suffer a ghastly fate. Venezuelans didn’t think it could happen there either.

The Issue: The death of Bernie Madoff, who was convicted of running a $65 billion Ponzi scheme.

Bernie Madoff was the world’s greatest chef — because he cooked the books for $65 billion (“Death of a sleazeman,” April 15).

He concocted a deceitful dish that enticed some of the biggest names.

How could people so presumably smart as Steven Spielberg, Nobel Peace Prize winner Elie Weisel and former Mets owner Fred Wilpon be so foolish as to entrust Madoff with their money?

Maybe it’s the same reason that folks invest in GameStop and Bitcoin.

Madoff wreaked havoc and destruction across the world’s financial markets and destroyed lives — from the lowest-level investor to the wealthiest among those he came in contact with.

No tears should be shed for this man, only for those lives he maliciously destroyed.

Want to weigh in on today’s stories? Send your thoughts (along with your full name and city of residence) to letters@nypost.com. Letters are subject to editing for clarity, length, accuracy and style.