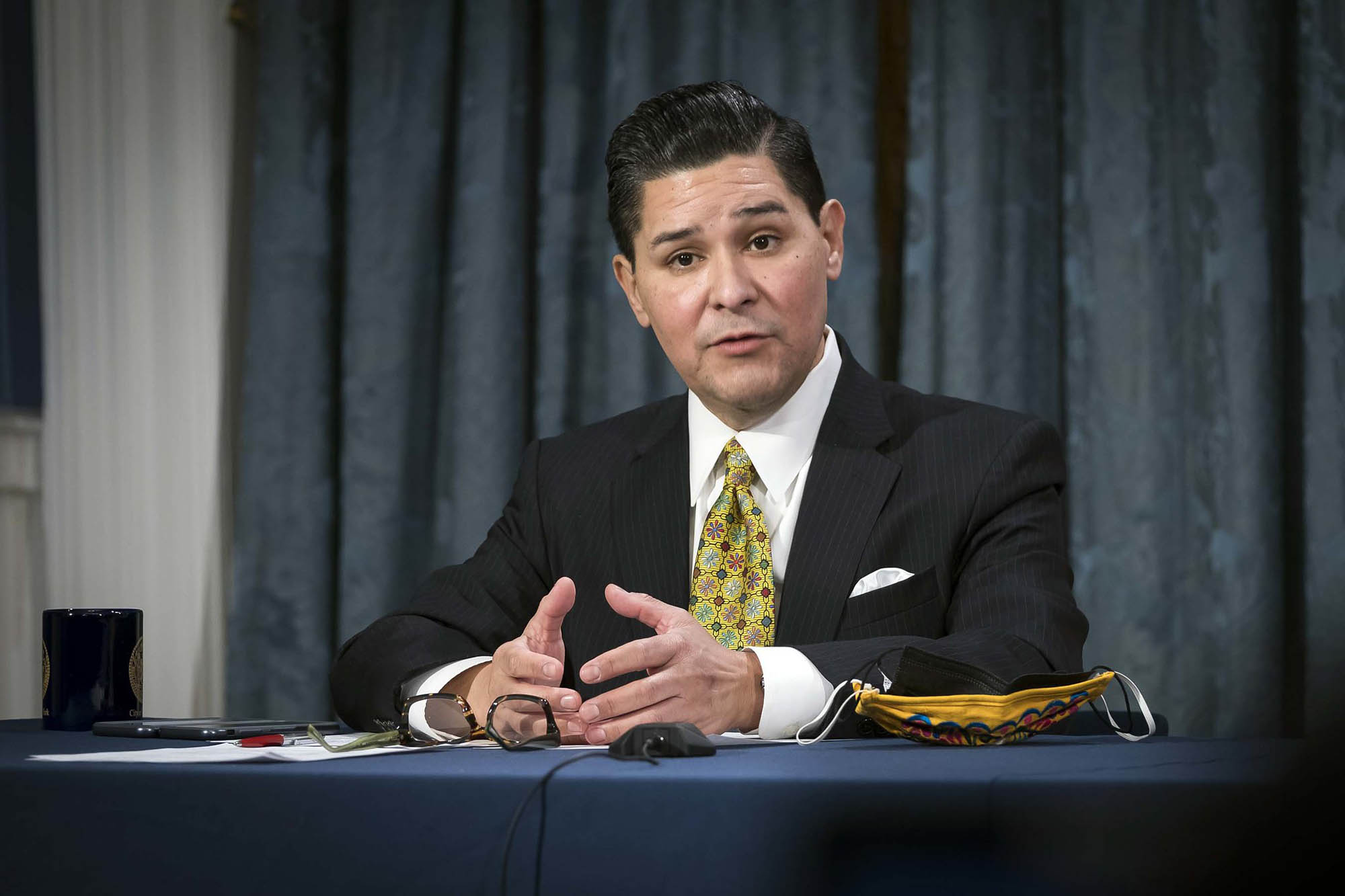 No previous chancellor was as divisive and mule-headed as Carranza. Anyone who disagreed with him was immediately labeled a racist.

His minions persecuted quality educators if they didn’t abandon what they knew worked best for children and adopt his biased ways. He made a mockery of specialized schools by lowering their standards and created a tremendous racial divide amongst parents.

Carranza was a disaster for New York City, and I blame Mayor de Blasio for allowing him to do so much damage.

Let’s hope the new chancellor is not just another Carranza, but rather, an educator who wants what’s best for all children.

After the thankful resignation of the woefully terrible former schools chancellor, what does de Blasio do? He appoints Meisha Ross Porter as the new chancellor, a person whose record of racism and anti-Semitism is second to none.

This woman brings absolutely nothing to this important post, save her ability to agitate, disrupt and destroy any semblance of having children’s best interests at heart.

It will truly be a blessing to rid ourselves of our moronic mayor in the next election as well as any and all of his ridiculous and completely unqualified appointees.

No need to worry about the future of our soon-to-be-ex chan­cellor, Richard Carranza. He destroyed San Francisco’s school system and then proceeded to do the same thing to New York City with the blessing of a bozo mayor.

Since there is no shortage of bozo mayors, it will take no time for this clown “educator” to find and destroy another big-city school system.

There is still good reason to worry about the future of New York City’s public schools. The person assuming Carranza’s mantle, Meisha Ross Porter, may very well be worse.

The reign of Carranza has mercifully come to an end at long last.

Only in his case, it was more of a “rain” of blunders, which only served to accelerate the downward cycle of a once-great school system that, for so many years, succeeded in educating millions of children.

He was blind and deaf to the needs of the children he served and the pleas of their parents, who appealed for help on their behalf.

In truth, his lackluster “leadership” was reflective of the man who appointed him to the job, our woefully inept mayor.

Sadly, things are not likely to improve under his successor, Meisha Ross Porter, whose record of questionable ethics and lack of inspirational educational initiatives makes for a harbinger of what we can expect — things going from bad to worse.

New York City’s private schools must be breathing a sigh of relief that Carranza has been replaced by someone who is apparently just as uncommitted to academic excellence as he was.

Her main priority, as was his, seems to be making all public schools have equally diverse student populations, regardless of academic qualifications.

The new schools chancellor brings to her assignment a particularly undistinguished academic background but a strong history of politically correct activism.

In other words, she is a worthy successor, selected by Mayor Putz, to amply fill the small shoes left behind by her predecessor.

Carranza was doing exactly what de Blasio hired him to do: escalate racism and create diversity based on skin color instead of by achievement, both by students and teachers.

This was not Carranza’s plan; it was de Blasio’s. This is how he has done everything in the city: by dividing people by skin color.

Want to weigh in on today’s stories? Send your thoughts (along with your full name and city of residence) to letters@nypost.com. Letters are subject to editing for clarity, length, accuracy and style.