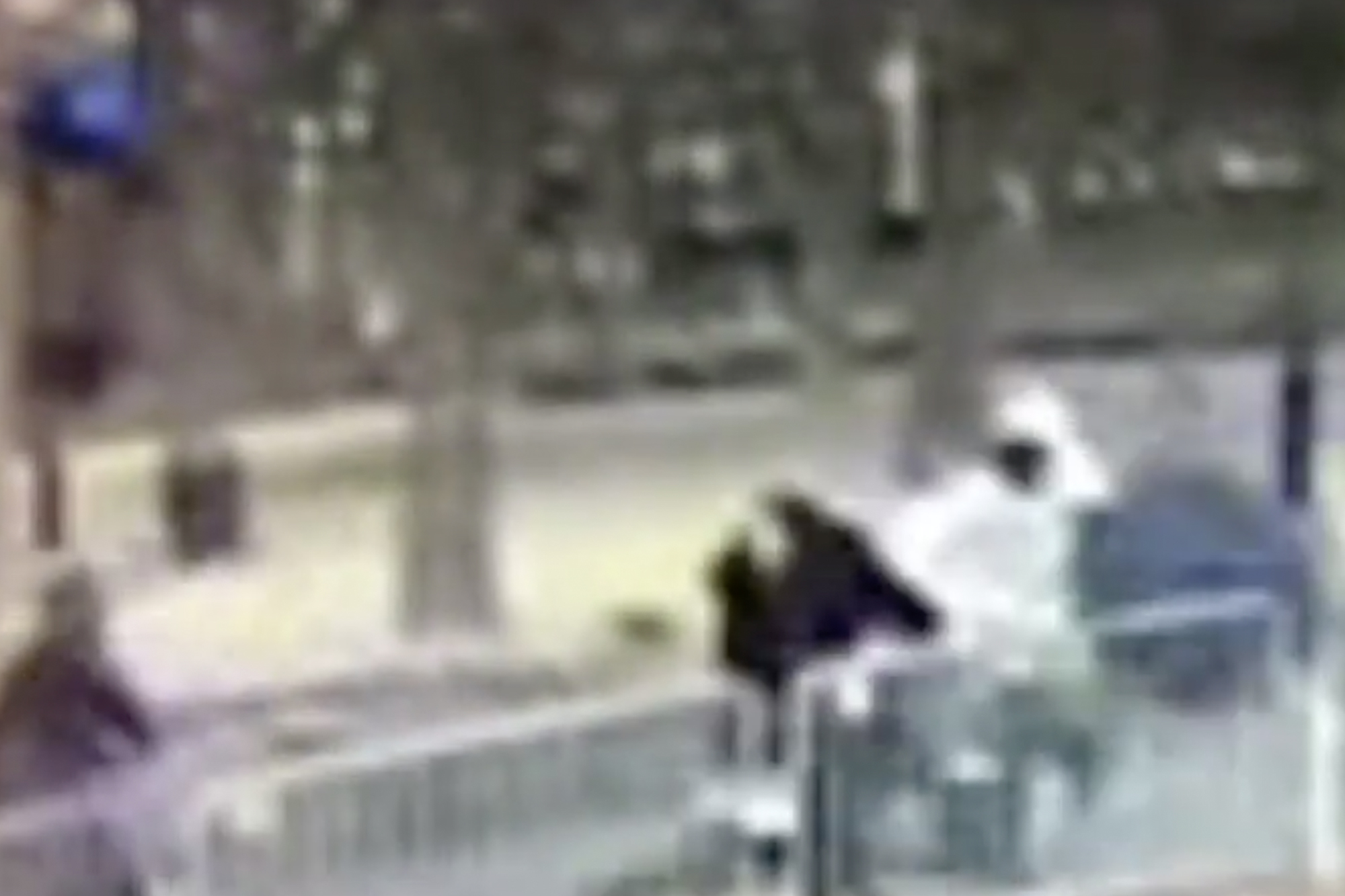 Disturbing video obtained by The Post Thursday shows the moment a madman slashes a Hasidic couple and their 1-year-old daughter during an unprovoked attack this week in Lower Manhattan.

The footage shows the suspect, carrying an umbrella, walking in the opposite direction as the couple passes — pushing their baby in a stroller on State Street near Battery Park around 5:50 p.m. Wednesday.

The man suddenly turns back and approaches them from behind, slashing the 23-year-old father on the head and the 22-year-old mother on the lip, the video shows.

The couple steps away momentarily, to get out of the attacker’s path — at which time the suspect slashed the baby in the stroller, striking her chin, according to the video and police.

Then the woman ran back to the stroller, grabbed it and the couple ran off — with the unhinged suspect on their tail, the clip shows.

Sources said Jones was ranting during the attack, though the victims told cops that he said nothing that was anti-Semitic.

All three of the victims were treated for minor cuts by first responders on the scene and declined further medical attention.

Jones was released from jail last month. He spent several years behind bars after pleading guilty to attempted murder tied to a violent August 2011 robbery on the Upper East Side, according to the sources.

‘There’s a lot that’s been lost’ with royal family