Marcellus Earlington starting to step up game for St. John’s 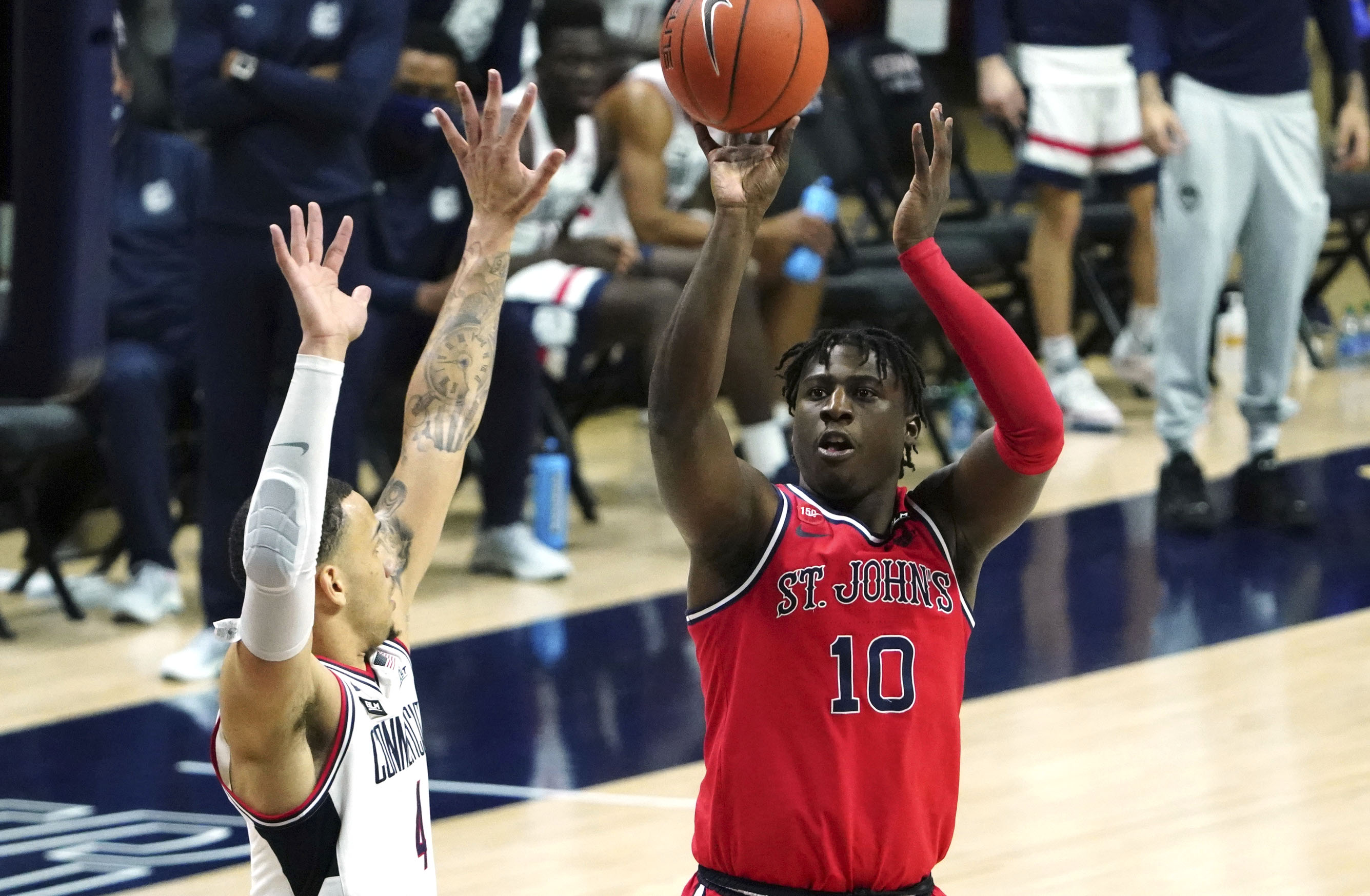 This is Marcellus Earlington’s favorite time of year.

Pressure increases. The importance of every game rises. And, no coincidence, it’s when he has been at his best.

“I feel like my game takes off [this time of year] just because I feel the sense of urgency, and I love it,” the St. John’s undersized forward said in a phone interview on Friday. “Around this time, even in high school during playoff time I would tap into a different mode.”

This time last year, Earlington began to hit his stride, playing a key role in the Red Storm’s strong finish to the season. His 19-point explosion in the Big East Tournament opener against Georgetown was one of the highlights of the season. Now, with St. John’s (14-8, 8-7) hosting DePaul on Saturday (7:30 p.m. on FS1) and trying to play its way into the NCAA Tournament after winning eight of its last 10 games, the 6-foot-6, 240-pound Earlington is finding his game again.

Earlington, a Stony Point native, enjoyed his best game of the season in Tuesday’s pivotal victory over Xavier, sinking four 3-pointers in a 16-point, nine-rebound performance off the bench. He has come up big a few times during this run, scoring 15 points in a victory at Connecticut and notching nine points and six rebounds in a win at Providence.

“If I’m at my best, I believe we win,” said Earlington, a much-improved 3-point shooter, who is hitting 39.2 percent of his attempts this year.

As Earlington’s play has picked up, coach Mike Anderson has gone more to a small-ball lineup featuring Earlington and sophomore star Julian Champagnie up front. The two skilled forwards are capable rebounders and can expose slow-footed big men on the perimeter. The five-out attack worked well at the end of last year and it’s starting to pay off again now, especially since Earlington and Champagnie’s shooting ability from deep opens up driving lanes for the Johnnies’ many slashing guards.

“They space the floor and we got a lot of guys who can create off the dribble, and that’s the hardest thing to cover, dribble penetration,” Anderson said.

St. John’s hasn’t used the combination as much as anticipated until recently. Earlington struggled early in the season, thinking too much about his offense. It was reminiscent of the end of last year. As he began rebounding better, using his strength in the paint, focusing on his defense first and making the simple play, his offense has started to follow.

“Once I bought into Coach’s philosophy and what he was telling me to do, which is to rebound, to defend, try to be a leader and find other ways to impact the game other than scoring, I felt like I started playing better because I was doing the little things that contributed to winning,” Earlington said. “It’s good to see us peak and play [well] at the right time, keep building momentum going into March.”

St. John’s has internally discussed the possibility of adding a non-conference game during its eight-day layoff following its trip to No. 10 Villanova on Tuesday, Anderson confirmed. The Johnnies are only at 26 regular season games and teams are allowed to play up to 27. It doesn’t appear that their postponed game against Connecticut will get made up, opening a slot for an additional game.

“If we figure that out, that can be advantageous to us,” Anderson said. “It’s possible.”

Myanmar sends ships to pick up asylum seekers from Malaysia

Why isn’t Biden a Nazi, too and other commentary

Mets’ reliever Sam McWilliams is showing off his ‘wow’ factor