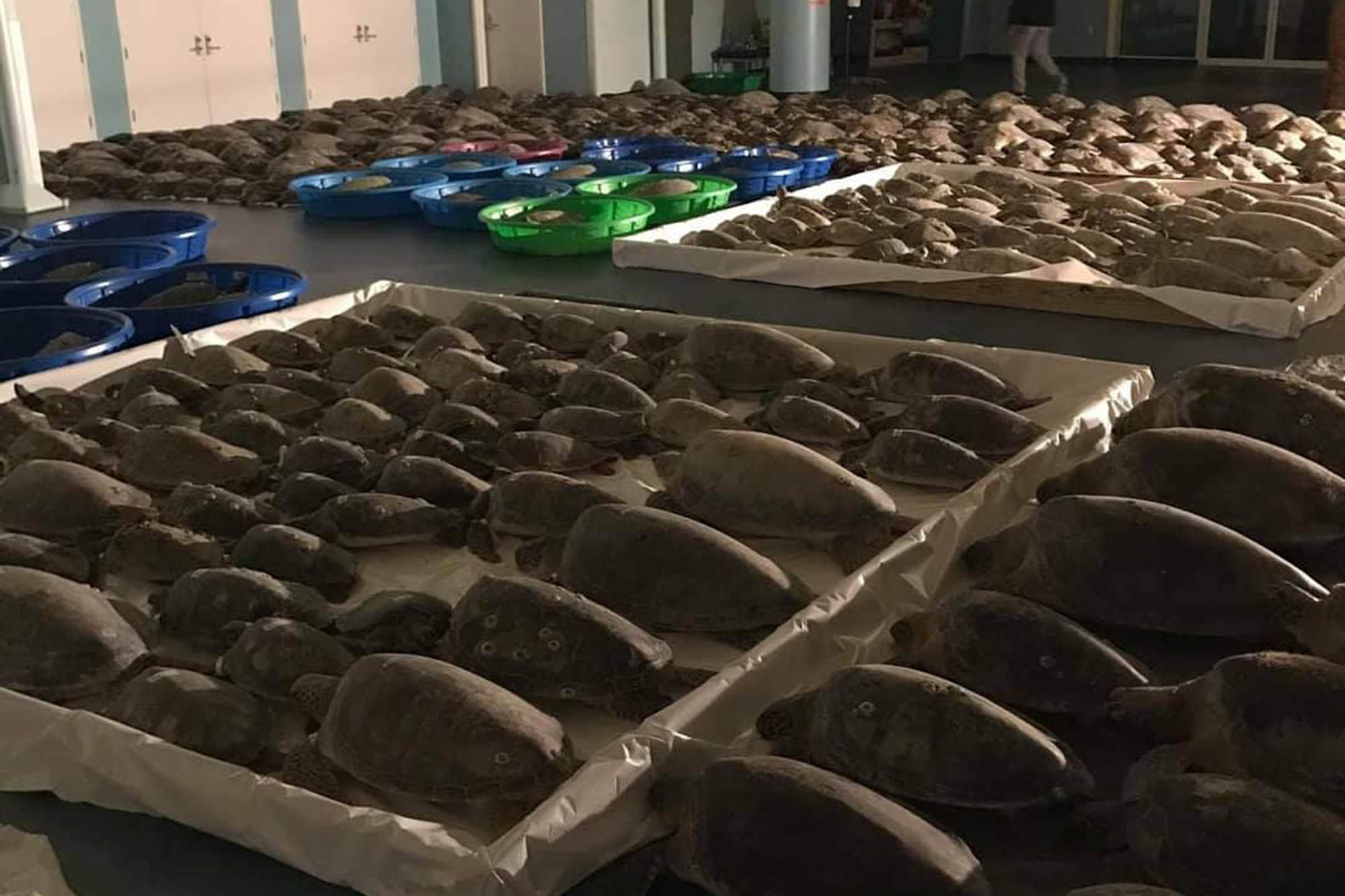 More than 2,500 sea turtles at risk of freezing to death in Texas have been rescued after record-low temperatures swept through the region.

Sea Turtle Inc. said Tuesday that it had “well surpassed 2,500 turtles” that had been saved and brought to its sanctuary and the South Padre Island Convention Center.

In frigid temperatures, the cold-blooded creatures are vulnerable to “cold stun,” a condition that causes their body temperature to dip so low that they lose motor skills, news station KFOR reported.

The syndrome causes them to be unable to eat or swim, often sending them washing up on the shore, the sanctuary said.

It can also put them at risk of shock, pneumonia, frostbite and even death, the outlet reported.

“We’re undergoing one of the largest cold-stun events the island has seen in more than a decade,” Wendy Knight, executive director of Sea Turtle Inc., told KFOR.

Meanwhile, the sanctuary faced yet another setback nursing the turtles back to health when it lost power on Monday.

“Unfortunately, at 2 o’clock this morning we lost power, and as a result of that we have five 25-to-55,000 gallon tanks filled with these beautiful creatures that have lived here on South Padre Island for almost 40 years that are very close to perishing,” Knight said.

The turtle sanctuary is asking for help with the rescue effort.

“Tomorrow the temperature will fall even lower and hundreds of more turtles are in danger,” the organization wrote Tuesday. “We beg our community to keep watch for turtles and report any floating or washed ashore in your area.”