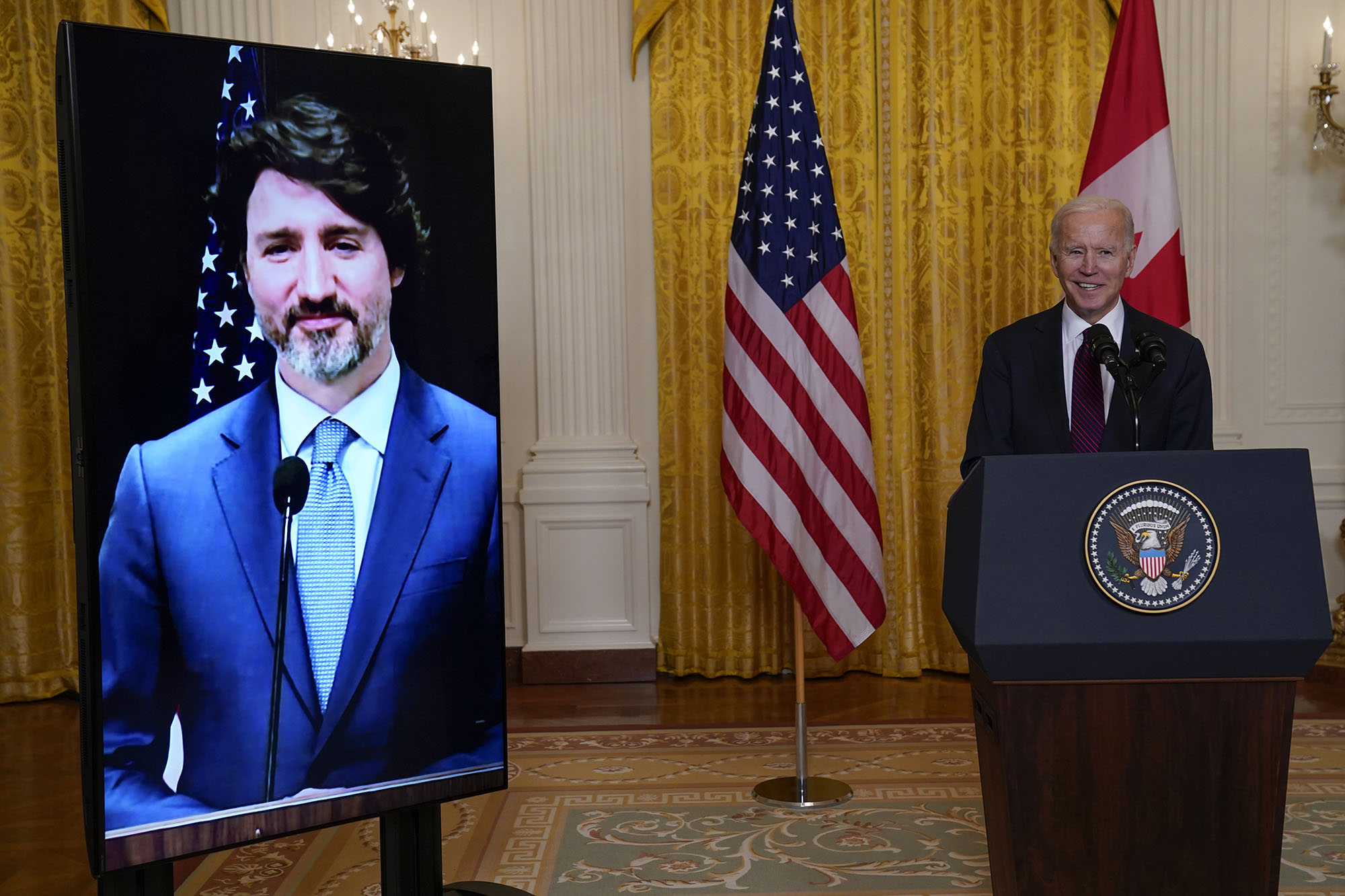 President Biden on Tuesday said that he and Canadian Prime Minister Justin Trudeau agreed to work together to counter China’s influence and to combat racism and global warming.

Biden and Trudeau “met” virtually on Tuesday in what the White House billed as Biden’s first bilateral meeting with a world leader.

But in comments after the virtual meeting, the two world leaders did not mention their disagreement on Biden’s post-inaugural executive action ending construction of the Keystone XL oil pipeline from Canada to the U.S., costing thousands of jobs on both sides of the northern border.

Trudeau last month said he was “disappointed” in Biden’s move to revoke a permit for the pipeline. Trudeau had said he “spoke directly” to Biden about the $8 billion project in November, and other Canadian officials “made the case” in favor of it “to high-level officials in the incoming administration.

“We both recognize our responsibility as leading democracies to defend our shared values around the world and to strengthen our own democracies at home,” Biden said in a speech Tuesday after roughly two hours of non-public video-streamed talks.

“That includes rooting out systemic racism and unconscious bias are our institutions and our laws, as well as our hearts. Today, we agreed to reestablish the cross-border crime forum and work together to modernize our approach to community safety, and to do all — the most, the most we can do more to take on racism and discrimination in both our systems.”

Biden said he and Trudeau “agreed to work together on a inclusive recovery” from the COVID-19 pandemic by “using the tools available through the small and medium enterprise chapter of our trade agreement to support women and minority owned businesses.”

Biden and Trudeau said they would like to work together on global warming.

“We also double downed on our efforts to tackle climate change, It was really, really encouraging. Now that the United States is back in the Paris Agreement, we intend to demonstrate our leadership in order to spur other countries to raise their own ambitions,” Biden said.

“Canada and the United States are going to work in lockstep to display the seriousness of our commitment at both home and abroad. To that end, we’re launching a high level climate ambition ministerial to align our policies and our goals and achieve net zero emissions by 2050,” a goal Biden previously stated in his presidential campaign.

“Human beings are not bartering chips. And we’re going to work together until we get their safe return,” Biden said.

There were no questions from reporters following speeches from the leaders, in a break from custom at bilateral meetings between US presidents and foreign leaders.

The virtual engagement began with a brief public availability where the press was allowed to observe introductions between Biden and Trudeau. The Canadian prime minister told Biden, “thank you again for stepping up in such a big way on tacking climate change. U.S. leadership has been sorely missed over the past years.”