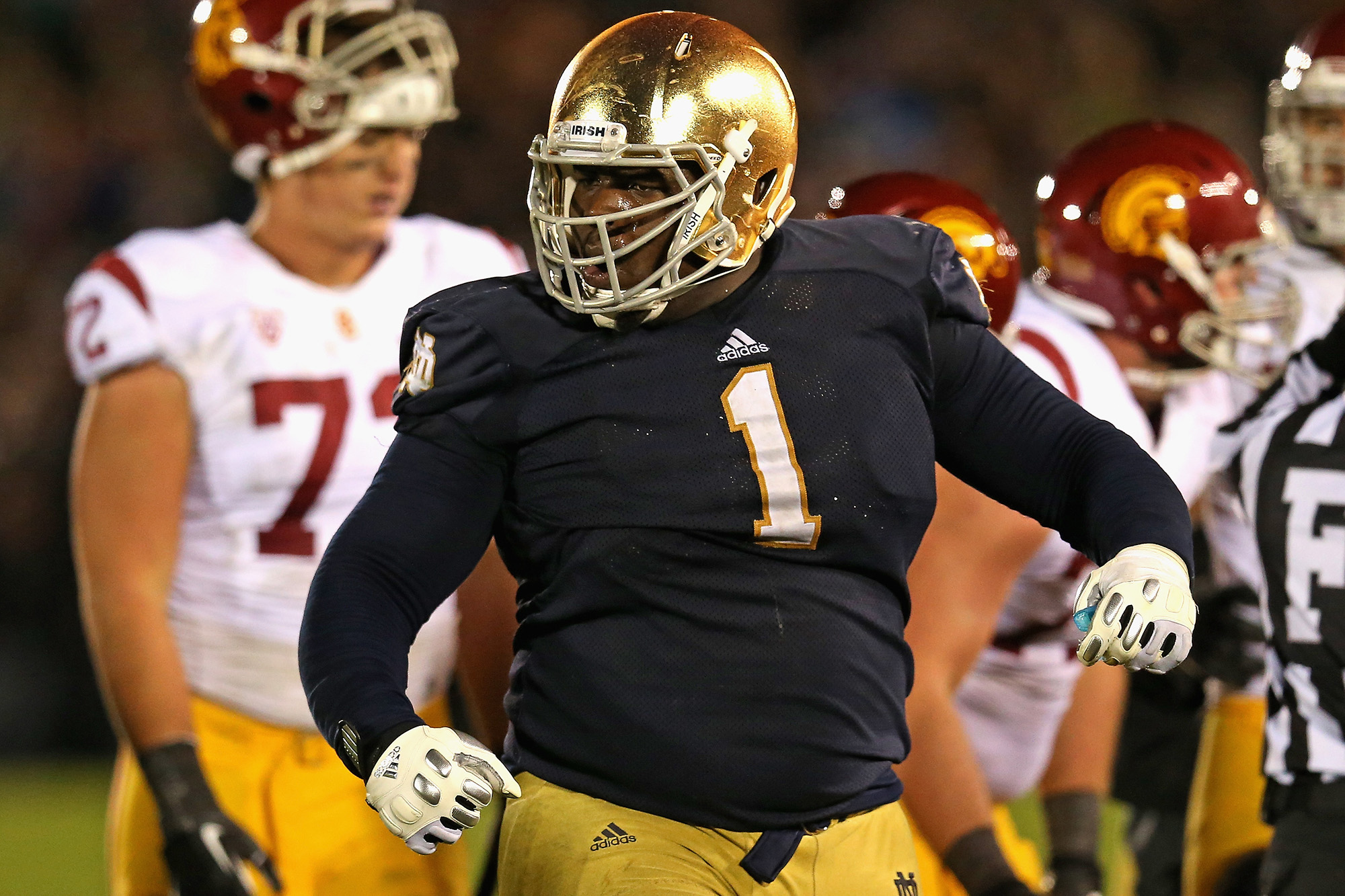 The Notre Dame football team paid tribute to their former defensive lineman Louis Nix III, who was found dead Saturday morning in his hometown of Jacksonville after being reported missing earlier in the week. He was 29 years old.

“We are saddened by the loss of one of our own, Louis Nix III,” the Fighting Irish football team’s official Twitter account posted Sunday. “We send our deepest condolences and love to his family, friends and football brotherhood.

“Forever in our hearts, Big Lou.”

Nix, who played for Notre Dame from 2010 to 2013, was reported missing by his mother on Friday. She said he was last seen leaving his father’s house in Jacksonville on Tuesday and that they usually speak frequently, so she told WJAX-TV that his lack of communication was out of the ordinary.

The Jacksonville Sheriff’s Office announced Saturday night they had “located” Nix but did not release any additional information. A few hours earlier, authorities pulled a vehicle out of a pond that closely matched the description of Nix’s vehicle.

Notre Dame head coach Brian Kelly posted a video compilation of interviews with Nix as well as some of his memorable on-field moments, writing, “Louis Nix, ‘Irish Chocolate,’ we carry these memories until we see you again.”

After leaving Notre Dame following the 2013 season, Nix was drafted by the Houston Texans in the third round of the 2014 NFL Draft. He later was claimed off waivers by the Giants in September 2015 but only made it as far as the team’s practice squad. Nix also played on the Washington Football Team’s practice squad, as well as the Jaguars’.

In December 2020, Nix was shot while putting air in his tires during a gas station robbery but survived. His mother said she did not believe the incident was related to his disappearance, however, she did say he had been hesitant to leave his house ever since.

Nix underwent surgery after the shooting and wrote on Twitter that the bullet ricocheted off his sternum and into his lung.

Off-duty EMT said she was ‘desperate’ to help George Floyd