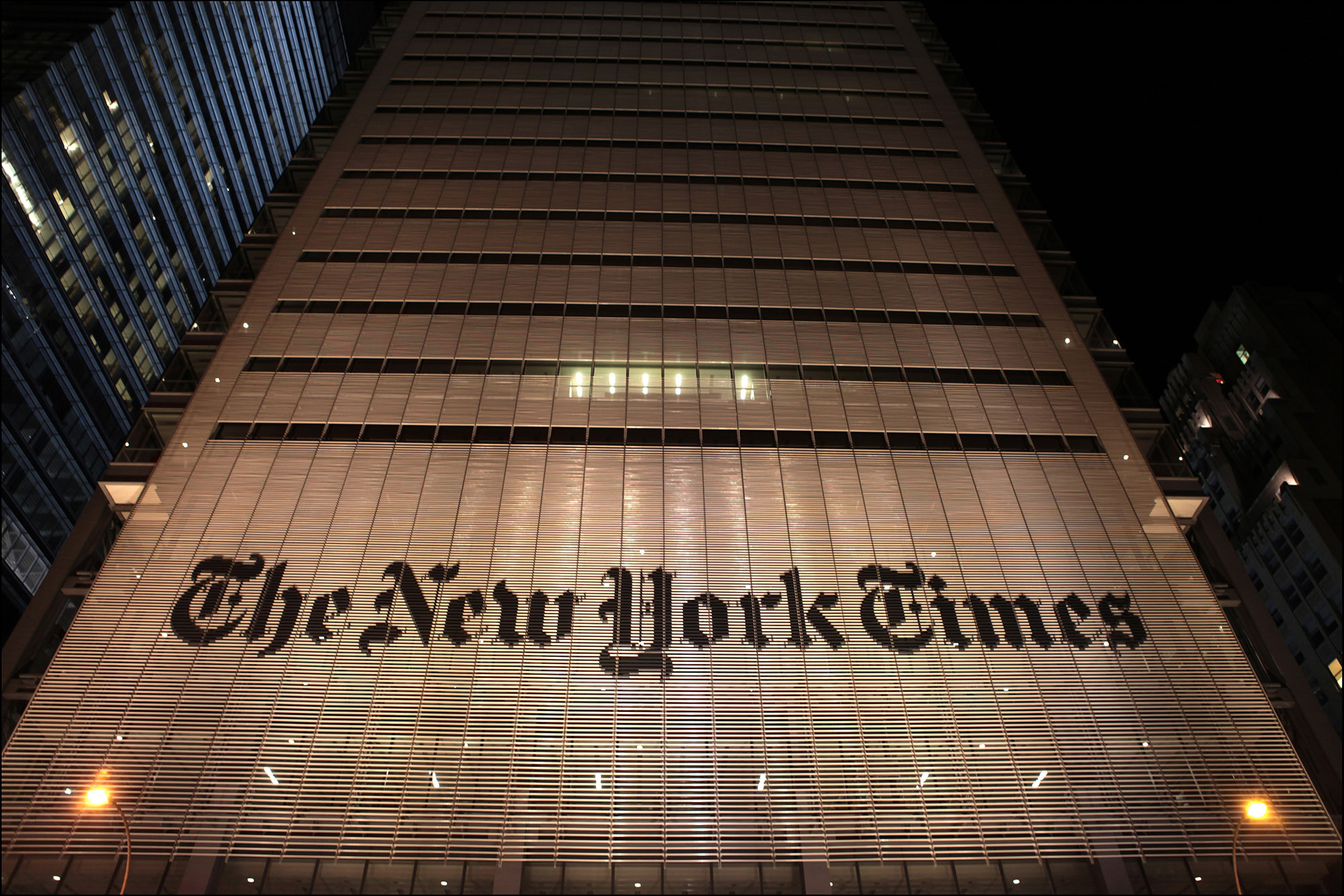 The New York Times is catching heat over a new job posting that seeks an opinion editor with a “spine of steel” — fresh on heels of the paper losing three staffers who published controversial columns.

The Grey Lady posted a job ad Wednesday for a deputy opinion editor to help oversee a desk that’s been mired in controversy for much of the past year.

“We’re looking for an editor with a sense of humor and a spine of steel, a confident point of view and an open mind, an appetite for risk and exacting standards for excellence in writing and visual presentation,” the posting reads.

“Essentially a complete list of characteristics NOT welcome among Times editors,” tweeted Dan McLaughlin, a senior writer at the right-leaning National Review.

“Someone who fits this description wouldn’t last a day at the @nytimes,” wrote Joe Walsh, a conservative radio host and former Republican congressman.

Newsweek deputy opinion editor Batya Ungar-Sargon took issue with the want ad’s claim that the Times’ opinion team “aims to promote the most important and provocative debate across a range of subjects.”

Bennet stepped down last June after the Times published an op-ed from Sen. Tom Cotton (R-Arkansas) arguing that then-President Donald Trump should deploy the military to quell the Black Lives Matter protests that were sweeping the nation.

The piece, titled “Send In The Troops,” sparked a public protest among Times staffers, many of whom tweeted, “Running this puts Black @NYTimes staff in danger.” Bennet initially defended the piece, arguing the Times owed it to its readers “to show them counter-arguments,” but later apologized and admitted he didn’t read the article.

Weiss left the Grey Lady about a month later with a scathing resignation letter accusing her colleagues of engaging in a “new McCarthyism” and claiming Twitter had become the paper’s “ultimate editor.”

And Rubenstein, the editorial assistant who edited Cotton’s op-ed, resigned in December, some six months after the initial controversy, according to The Daily Beast.

Spokespeople for the Times did not immediately respond to a request for comment Thursday.