NYC churches give to-go packets of ash for Ash Wednesday

Churches in the Big Apple got creative on Ash Wednesday to avoid spreading the coronavirus —  in some cases offering to-go packets of priest-blessed ash for at-home ceremonies, church leaders said.

Elderly and home-bound worshipers who requested to-go packets of the burned bits were allowed to draw their own charcoal-colored forehead crosses to mark the beginning of Lent, a rep for the Diocese of Brooklyn told The Post.

“If you’re taking them home to administer a marking of the cross on your forehead, that’s something people are comfortable with and know how to do,” said spokesman John Quaglione, adding the packets were doled with no directions needed.

Catholic priests across the city also opted to administer the symbolic marking by dipping a Q-tip in ashes — instead of a finger — or sprinkling it on parishioners’ heads to avoid touching them, he said.

“It limits contact and helps priests avoid having to use Purell between every marking,” Quaglione said.

Changing the religious tradition actually has some perks, Quaglione said.

“The whole basis of Lent is to do things humbly — to do good and not necessarily look for praise,” he said. “Right now I have ashes on my head and you can’t see them; it’s really more of a secret than it has been in the past. We did that way, it actually goes along well with the teachings of Lent.” 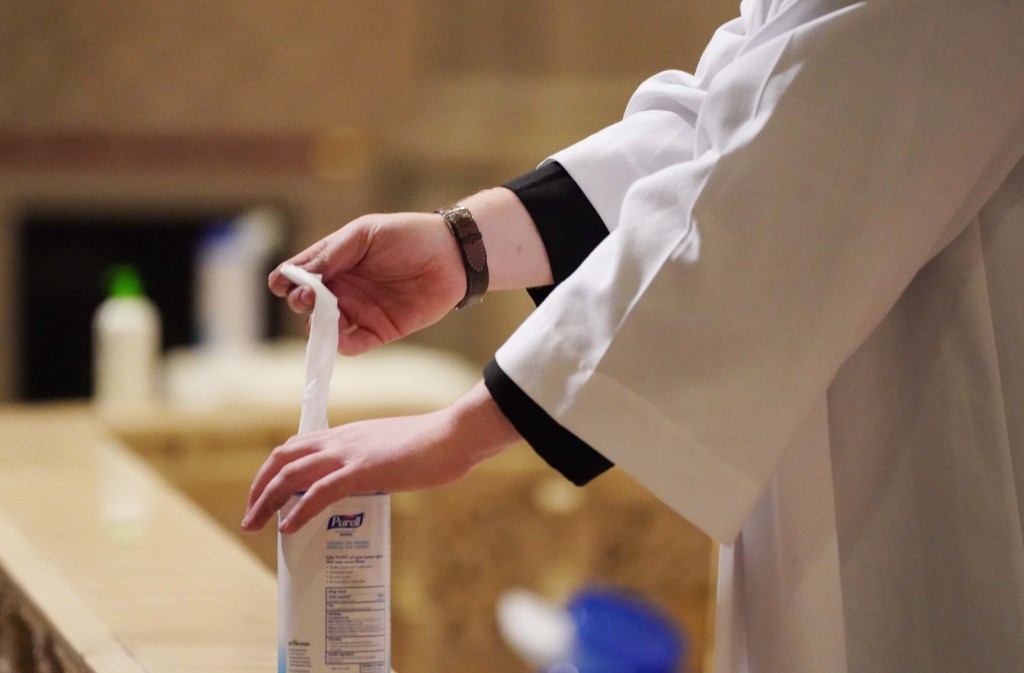 A priest gets a disinfectant wipe during an Ash Wednesday mass at St. Patrick’s Cathedral on Feb. 17, 2021. 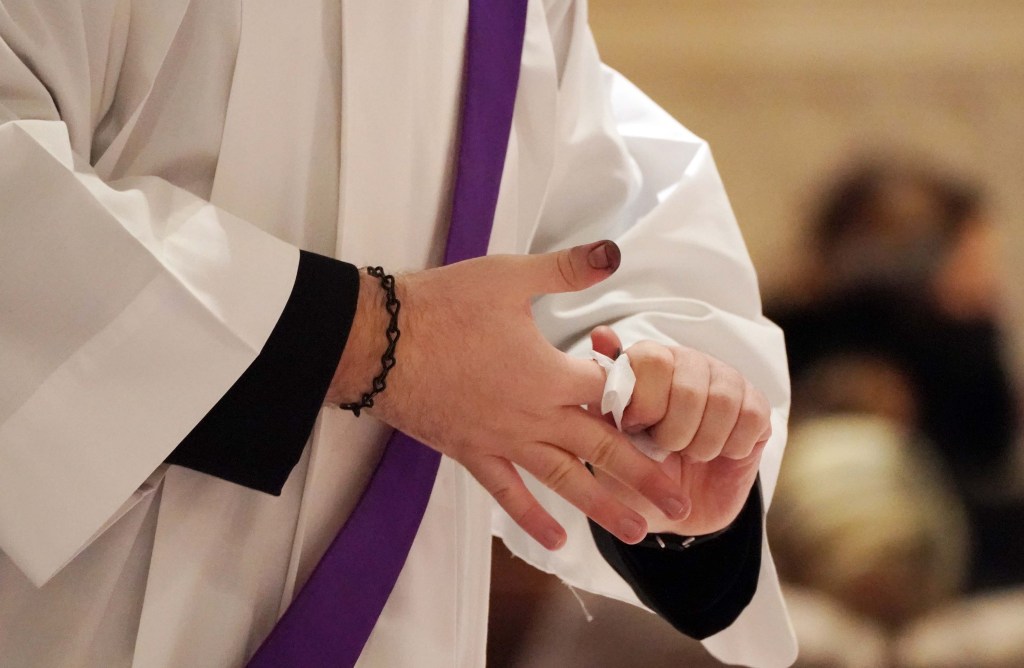 A priest cleans his hands during an Ash Wednesday mass at St. Patrick’s Cathedral on Feb. 17, 2021.

Meanwhile, an afternoon mass at St. Patrick’s Cathedral in Midtown, Manhattan, was live-streamed and ashes were given out “respectfully following social distance guidelines,” officials said, according to ABC 7.

The Diocese of Brooklyn echoed that on Tuesday, saying the sprinkling method is widely used in other countries.

“Due to the Coronavirus pandemic, changes have been made to the distribution of ashes this year so to limit physical contact. The Church will follow an ancient custom, widely used in Europe, in which the imposition of ashes will be done by sprinkling them on one’s head,” it said in a press release. 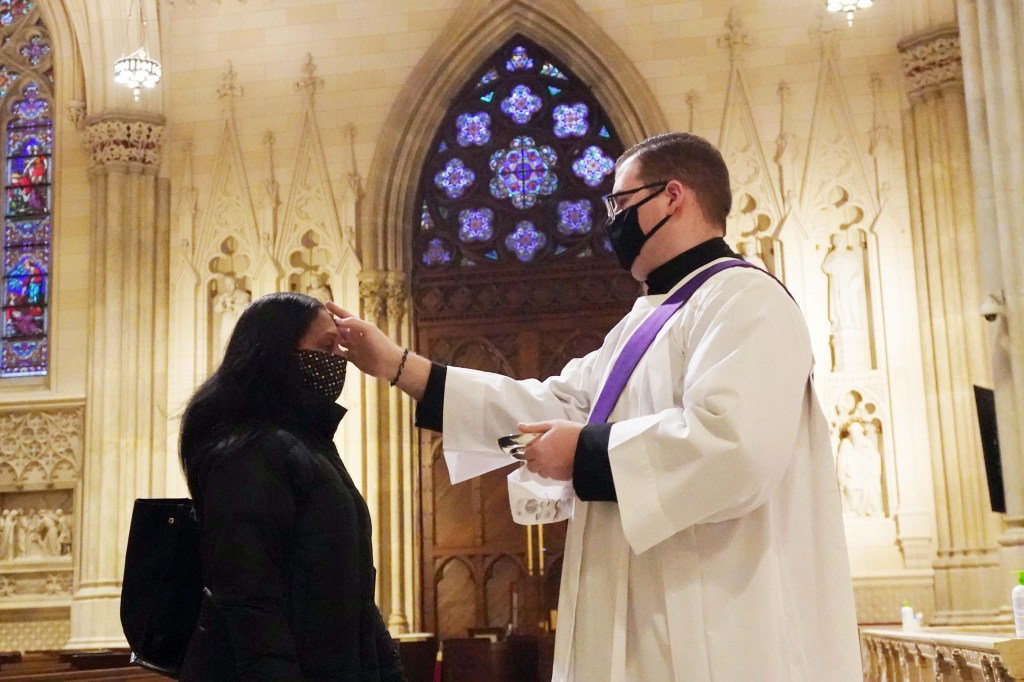 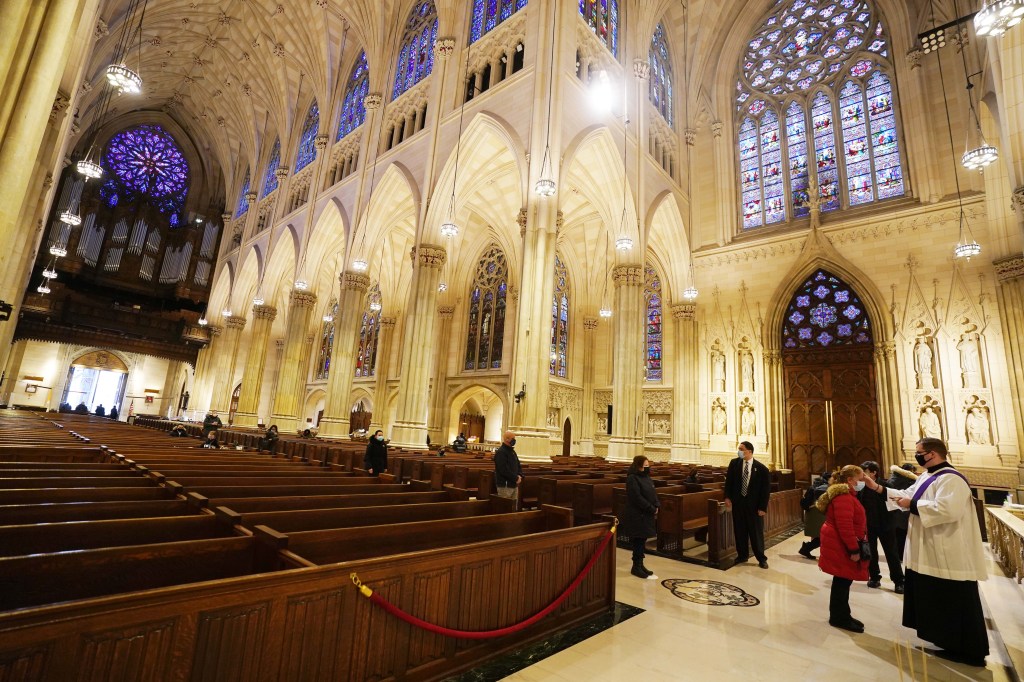 NHL's hunt for TV money may venture into new platforms