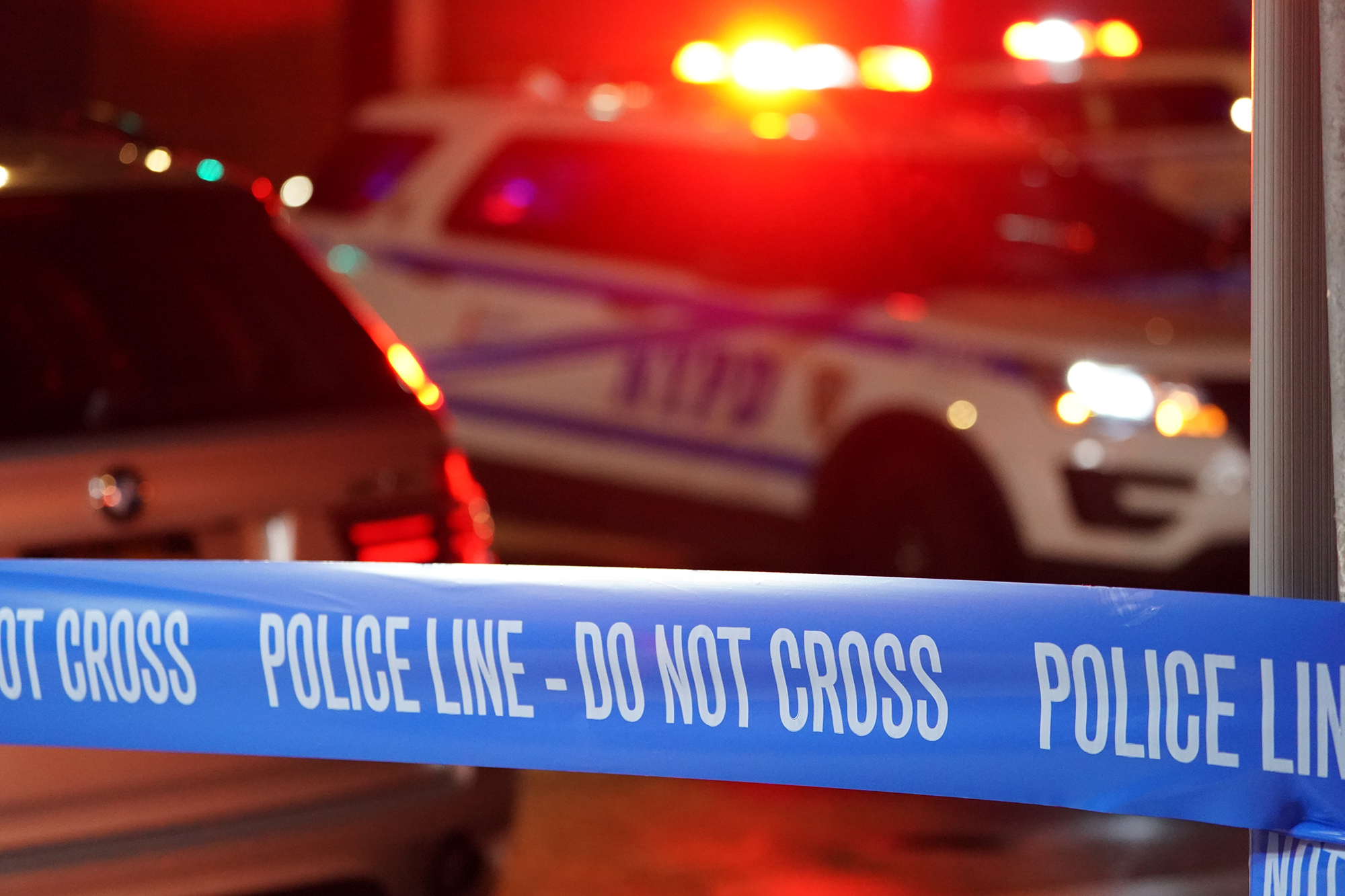 Two NYPD officers opened fire on an aggressive dog while responding to a domestic assault that left one person stabbed in Brooklyn Friday night, sources said.

Police were called to a home at 347 Weirfield Street in Bushwick for an assault in progress just after 9 p.m., according to sources.

Arriving officers were confronted by a hostile pit bull terrier and shot the dog, sources said.

A person inside the home suffered a stab wound during the family dispute, according to a source.

It’s unclear if any arrests were made in connection with the domestic attack.

No people were shot or injured by the officers, and the condition of the dog was not immediately available, according to sources.

The two officers were taken to the hospital to be treated for ringing in the ears, which is standard NYPD procedure for cops who use their guns.

Frank Ntilikina’s return to Knicks will likely be short stay