Paramedics claim George Floyd had no pulse when they arrived 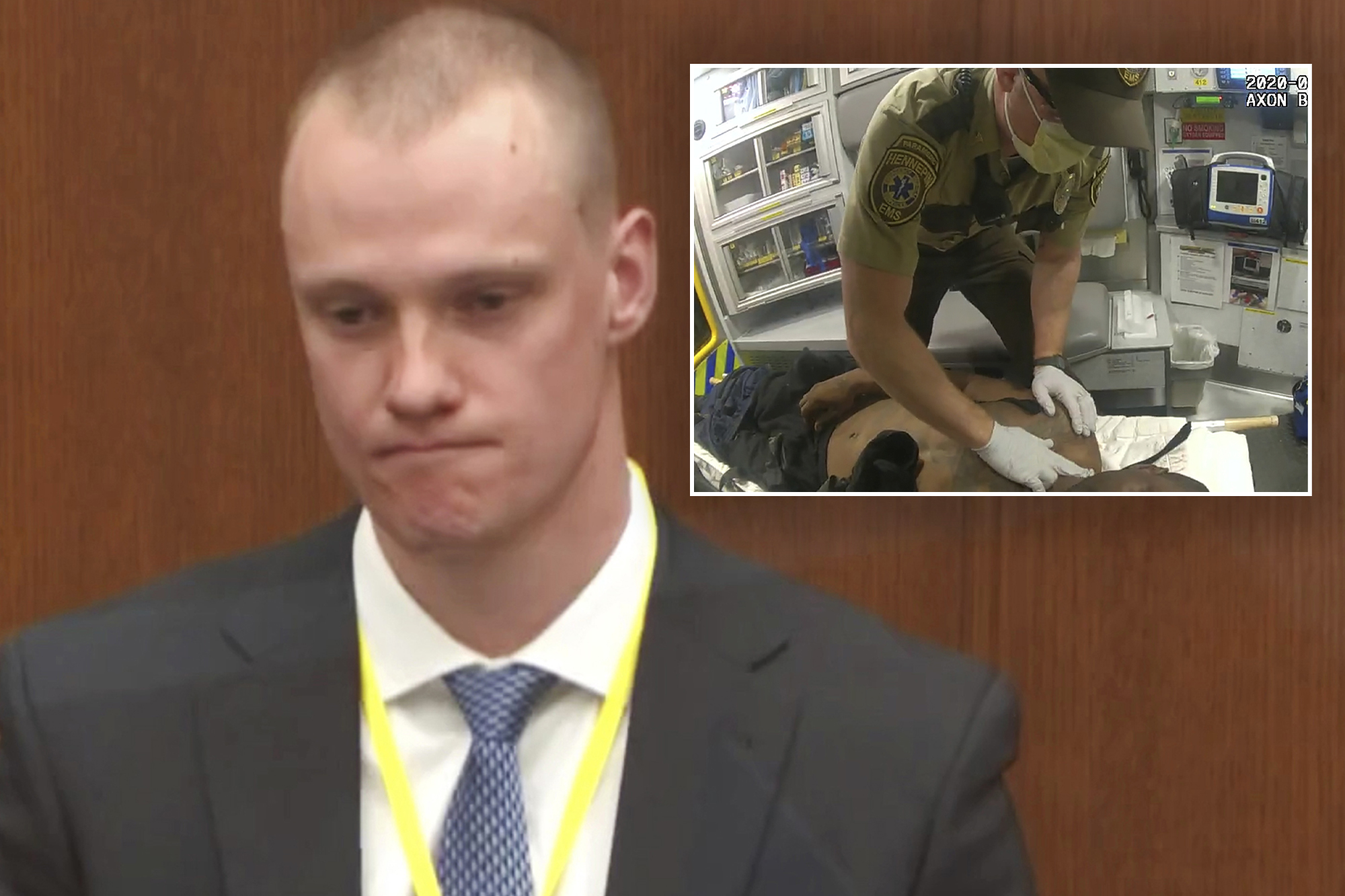 Paramedics worked feverishly to revive George Floyd inside an ambulance after his deadly encounter with Minneapolis police — but said the 46-year-old never regained consciousness.

Derek Smith and Seth Bravinder testified Thursday at the murder trial of ex-cop Derek Chauvin in Floyd’s death that police still had the 46-year-old victim pinned down when they arrived at East 38th Street and Chicago Avenue on May 25.

“When I arrived on scene there were no medical services being provided to the patient,” Smith testified in Hennepin County District Court. “I suspected this patient could be dead.

“In a living person there should be a pulse there,” he said. “I suspected this person to be dead, in lay terms.”

The paramedics said they loaded Floyd into the ambulance and drove several blocks away to provide “time-sensitive” intubation and medication — with one of the cops helping by performing chest compressions.

They said the decision to relocate was partly due to a crowd of unruly bystanders at the scene of the incident who were berating police — and they opted to find a safer location.

But they said Floyd never regained a pulse, even after firefighters arrived and helped to try to revive him. His condition did not improve by the time they arrived at the same at Hennepin County Medical Center, both men testified.

Viral video of the incident shows the paramedics initially check for Floyd’s pulse when they arrived at the scene — with Chauvin still with his knee on Floyd’s neck.

Bravinder said he had to get the cop to remove it.

“There was a gesture made with your hand,” Assistant Attorney General Erin Eldridge asked him. “What were you attempting to do at that point in time?”

“Just to have the officer move,” Bravinder said.

“Did you have a conversation at that point?” Eldridge followed up. “What was the intent behind that?”

“I don’t recall if I said anything or not,” he answered.

“And why did you need the officer to move?” Eldridge asked.

“So we could move the patient.”

Asked if Floyd had any visible injuries, Bravinder said only superficial wounds.

“Just on glance it looked like a minor injury, and it’s not really a concern,” he testified. “We were worried about resuscitating him.”

“Because at that point he did have a heartbeat, right?” prosecutor Erin Eldridge asked.