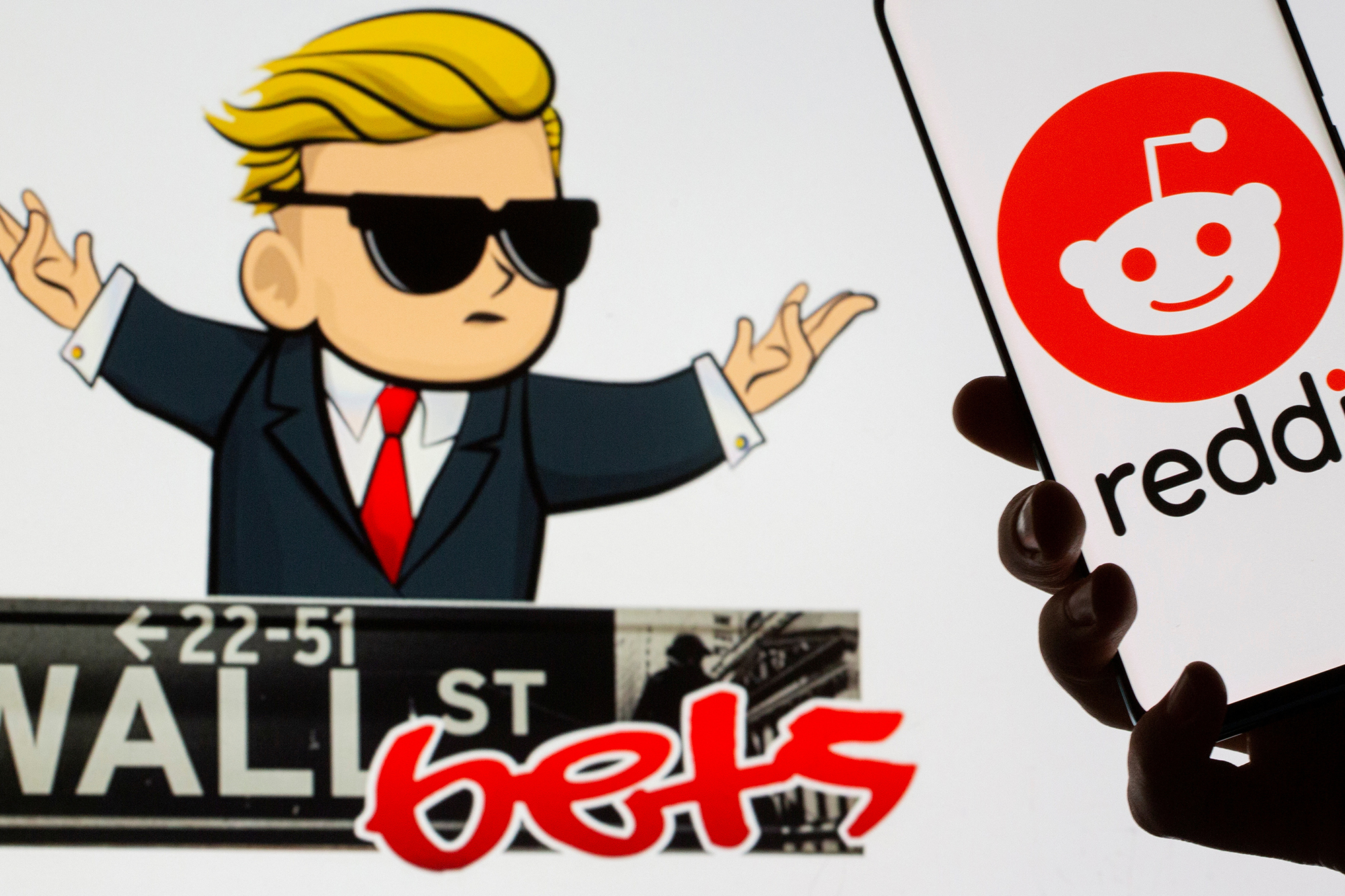 The WallStreetBets crowd is angling to get into the political game.

A pair of part-time stock traders has launched a Super PAC to “amplify the voice of the retail investor” as the rise of Reddit-fueled “meme stocks” like GameStop has rattled big hedge funds and caught the attention of regulators and politicians in Washington.

The new political action committee, registered with the Federal Election Commission under the name “WeLikeTheStock.wtf,” is aimed at giving Regular Joe investors the kind of political bullhorn that is usually reserved for the Wall Street giants.

“The goal is to be irreverent but honest,” said 34-year-old Chad Minnis, who filed the paperwork for the Super PAC last month with fellow day trader Christian Freed. “It lets us break away from what the mainstream media says we are and say who we really are.”

According to Minnis, WeLikeTheStock’s first goal is to raise enough money to purchase a full-page ad in The New York Times to debunk hostile media coverage of retail traders that have used Reddit and the Robinhood trading app to pump stocks at the expense of big hedge funds long accustomed to controlling the market.

“They’ve described us as a collective group of degenerates who are ruining things,” Minnis said. “But we have already disrupted the markets by becoming the first decentralized hedge fund.”

The Super PAC — which under FEC rules is authorized to raise funds for political candidates it believes will help its populist crusade against the Wall Street establishment — will follow a crowdfunding model that seeks funds from thousands of small investors.

“I want to do the opposite of a SuperPAC,” Minnis said. “Instead of having a few rich people that fund most of it, I want a bunch of real people giving a little to make it happen.”

While the idea to start the PAC came out of a growing interest in online trading and the WallStreetBets Reddit forum, Minnis said his biggest inspiration was TV host Stephen Colbert, who launched his own real Super PAC, “Americans for a Better Tomorrow, Tomorrow” as a parody of Super PACs.

“WeLikeTheStock,” meanwhile, gets its name from a WallStreetBets rallying cry for its favorite meme stocks, which in addition to GameStop have included AMC Entertainment, Nokia and Blackberry.

When the Reddit Rally’s unofficial patron saint Keith Gill, a day trader also known as “Roaring Kitty,” was hauled before Congress on Feb. 18 and pressed on why he continued to promote GameStop shares, he responded, “I still like the stock,” sending acolytes into frothy glee.

Gill appears to be a spiritual mentor to the new organization. According to the filing, Minnis and Freed gave the Federal Election Commission their “Statement of Organization” for the PAC on the same day as Gill’s testimony.

Looking ahead, Minnis said he hopes the PAC can capitalize on the still-simmering anger at hedge funds that have bounced back after the short squeeze, helped along by what he and his crew see as a rigged game.

“There was a post on the forum recently that asked, ‘Would you be willing to tape a few dollars to a rock and throw it at these hedge funds that started this whole thing by shorting stocks into oblivion?’” he said. “We think a lot of people are going to answer ‘Yes.’”

Biden broke the border and other commentary