Samurai sword-swinging man wrestles with cop on Upper East Side 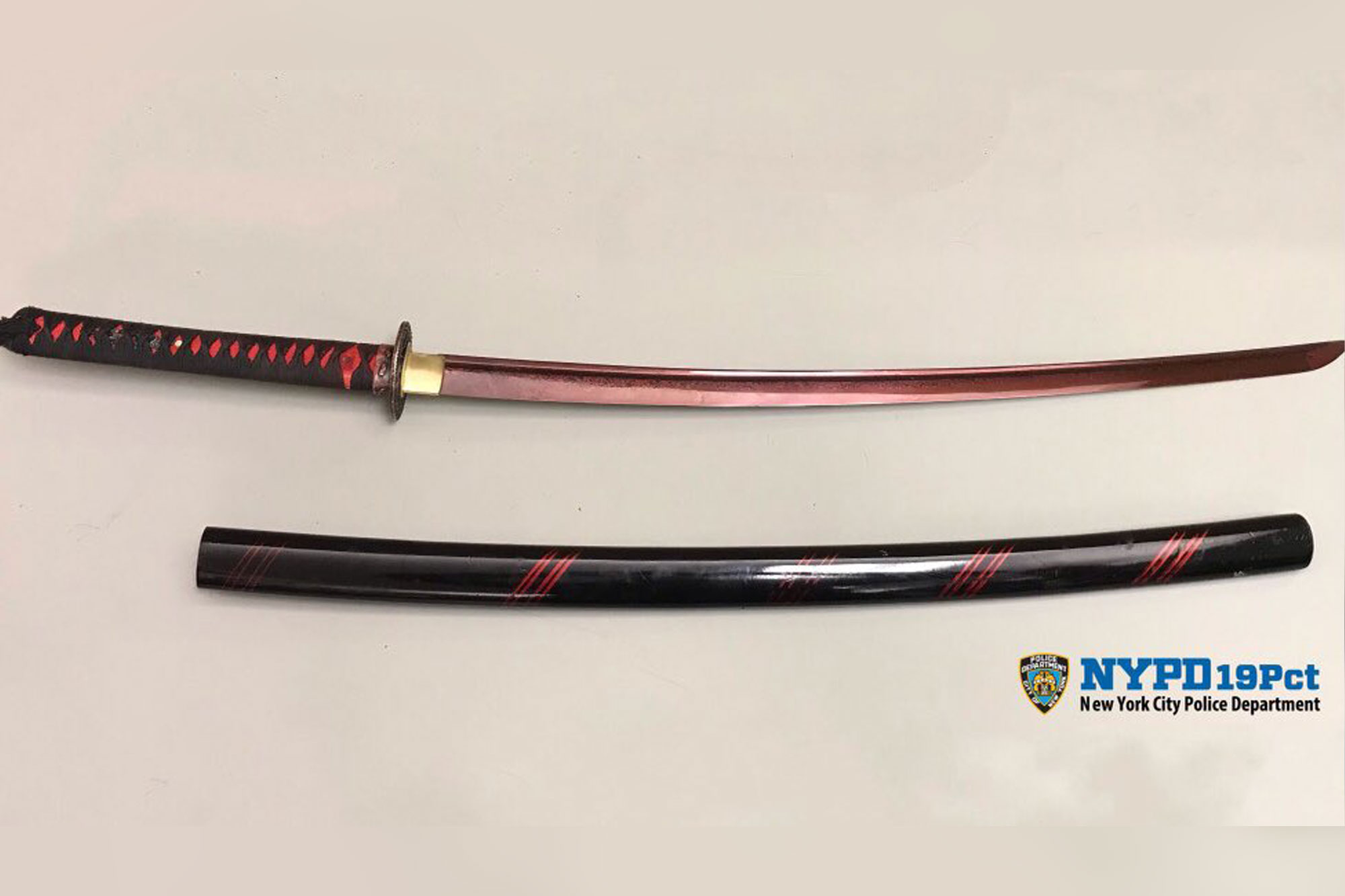 A samurai sword-wielding man was arrested last weekend after he punched an NYPD officer on the Upper East Side, authorities said Wednesday.

The melee kicked off when police responded to a 911 call about a man recklessly swinging a katana on Madison Avenue near East 73rd Street shortly before 6 p.m. on Saturday, officials said.

Cops confronted the suspect, later identified as Lower East Side resident Wilson Pichardo, 33, near 77th Street, where they said he refused orders to stop swinging the weapon.

Pichardo then lunged at one of the cops, allegedly, punching him in the face and stomach several times, according to police.

Pichardo was charged with one count of assault of an officer, two counts of attempted assault on an officer, resisting arrest, reckless endangerment, obstructing governmental administration and criminal possession of a weapon, police said.

The officer was hospitalized and recovered from his injuries, according to authorities.

Officers at the 19th precinct tweeted a picture of the confiscated Japanese weapon, with a caption reading: “Wrong century. Wrong period. Just wrong!”

Knicks’ Julius Randle playing in New York has made him better