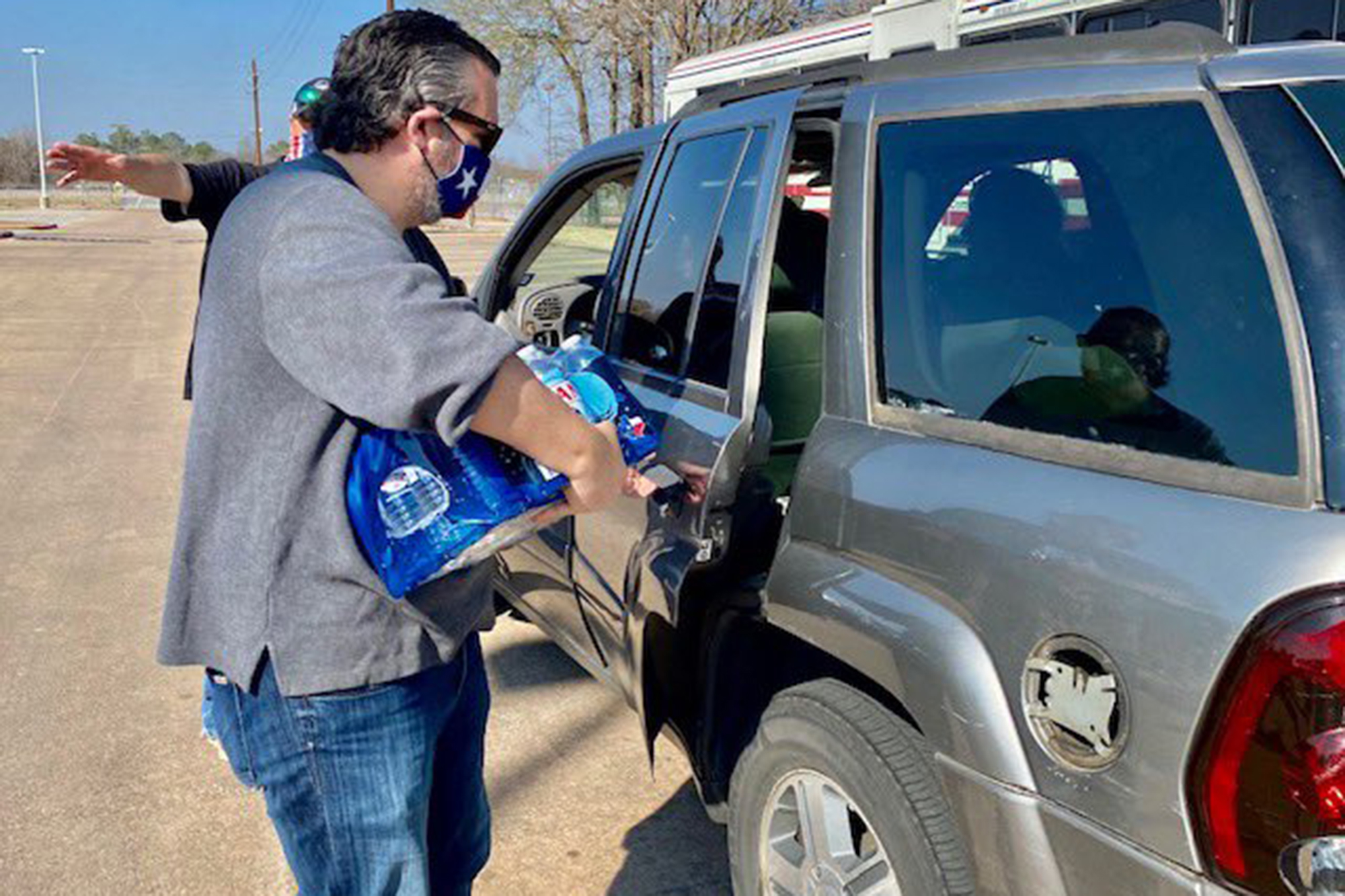 Sen. Ted Cruz released photos of himself on Twitter delivering water and meeting with Texans amid the growing controversy over the Republican lawmaker’s jetting off to tropical Cancun last week as his constituents in the Lone Star State were battling a deep-freeze, widespread power outages and burst pipes that flooded homes.

The pictures, posted on his Twitter account Saturday, showed the embattled senator carrying a case of water to several vehicles and shaking hands with a person.

Cruz, whose family returned from Cancun on Saturday, also linked to a FEMA statement, noting that the White House approved a major disaster declaration in 77 Texas counties and adding information where people can apply for federal assistance.

He also linked to a tweet from the City of Austin that it received 10,878 cases of water to distribute.

But critics scoffed at Cruz’s tweets showing him engaged with relief efforts in Texas.

“​I’m glad someone in Ted Cruz’s Senate office finally instructed him on how to fake compassion, humanity, and creating the illusion that he cares about the people he was elected to serve​,” posted Melissa Ryan.​

Another social media user posted photos of Cruz on the passenger jet as he settled in for the flight to Cancun for a “‘fun-in-the-sun’ vacation while his constituents in Texas literally freeze to death in their homes.”

Others pointed out that Beto O’Rourke, who narrowly lost to Cruz in 2018, and Rep. Alexandria Ocasio-Cortez pitched in to raise millions of dollars and help Texans even as the fallout enveloped Cruz for his Mexican getaway.

Cruz flew back to Houston Thursday, a day after he and his family were photographed boarding a jet for Cancun and text messages from his wife, Heidi, revealed they told friends they were abandoning the “FREEZING” weather and heading to the Ritz-Carlton resort in Cancun.

At first Cruz said he was just escorting his daughters and their pals on the flight and planned to return immediately.

He later finally admitted that he planned to stay there with his family until Saturday.​

An estimated 70 people died across the US because of winter weather, with the bulk of those deaths occurring in Texas.​