Sen. Murphy thinks he can get 60 votes on gun control measure 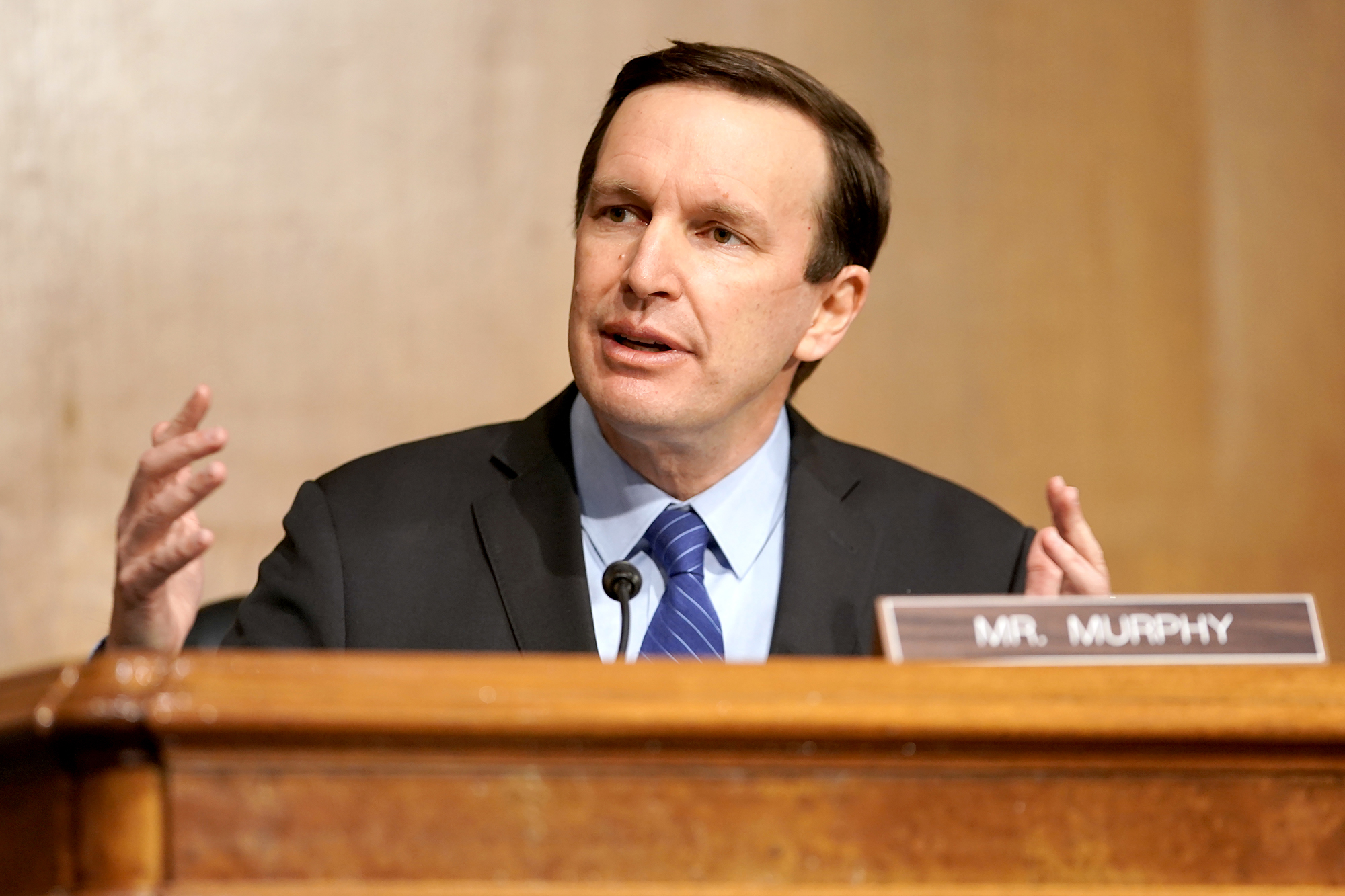 Sen. Chris Murphy said he thinks he can get 10 Republican senators to support a gun control measure in the Senate in the aftermath of back-to-back mass shootings in Colorado and Georgia that killed a total of 18 people.

The Connecticut Democrat was asked if the Democrats could get the votes needed to expand background checks in the Senate where they hold a narrow majority in the 50-50 divided chamber.

Murphy said he’s focused on getting a filibuster-proof 60 votes.

He said the politics have “shifted dramatically” on the issue of expanding background checks even as the influence of the once-powerful National Rifle Association has waned in recent years.

“I’ve gotten a lot of calls from Republicans in the Senate who don’t want to fight this fight any longer because the NRA’s authority is fading, the anti-gun violence movement’s impact is increasing. I think we have a chance,” Murphy said.

The senator also noted that while Senate Minority Leader Mitch McConnell opposed the two gun measures passed earlier this month in the House, the Kentucky Republican might be willing to compromise.

“I think it is important to listen to exactly what Mitch McConnell said, right? He said that, like [Democratic Sen.] Joe Manchin, he opposes the version that passed the House, not that he opposes expanded background checks. And as you know, Mitch McConnell is always very careful about what he says,” Murphy told host Chuck Todd.

Sen. Lindsey Graham (R-SC) said he is all for debating gun control and would be willing to discuss mental illness issues and background checks but is solidly against an assault weapons ban.

“There’s nothing wrong about debates. As a matter of fact, I would challenge Senator Schumer to bring the assault weapons ban to the floor of the United States Senate. It won’t get 50 votes, much less 60,” Graham said on “Fox News Sunday,” referring to the Senate majority leader.

“You don’t have to have an AR-15, but if you have one lawfully, I think you should be allowed to keep it,” he said.

“Most of these problems have a lot to do with mental health. Count me in for addressing that issue. Red flag laws exist in 19 states. There are some things we can do. But at the end of the day, if you think an assault weapons ban is what the country needs, bring it to the floor of the United States Senate and vote on it. I welcome that debate,” Graham said.

A gunman in Boulder, Colo., killed 10 people during a shooting spree at a Kings Soopers grocery store less than a week after a man shot up three massage spas in the Atlanta area killing eight people, including six Asian-American women.

Gigantic water bottles are the new celebrity ‘It’ accessory