Shocking surveillance footage shows the moment a man was gunned down outside a Bronx bodega in broad daylight, according to police sources and video.

The victim, 35, was shot in the head outside the G&K Deli on Rosedale Avenue near East Tremont Avenue in Parkchester about 5:15 p.m. Friday, police said.

In the footage, the victim, wearing a yellow jacket, appears about to enter the business when he pauses to exchange words with two suspects: a man leaving the deli and another guy standing outside, both dressed in black. 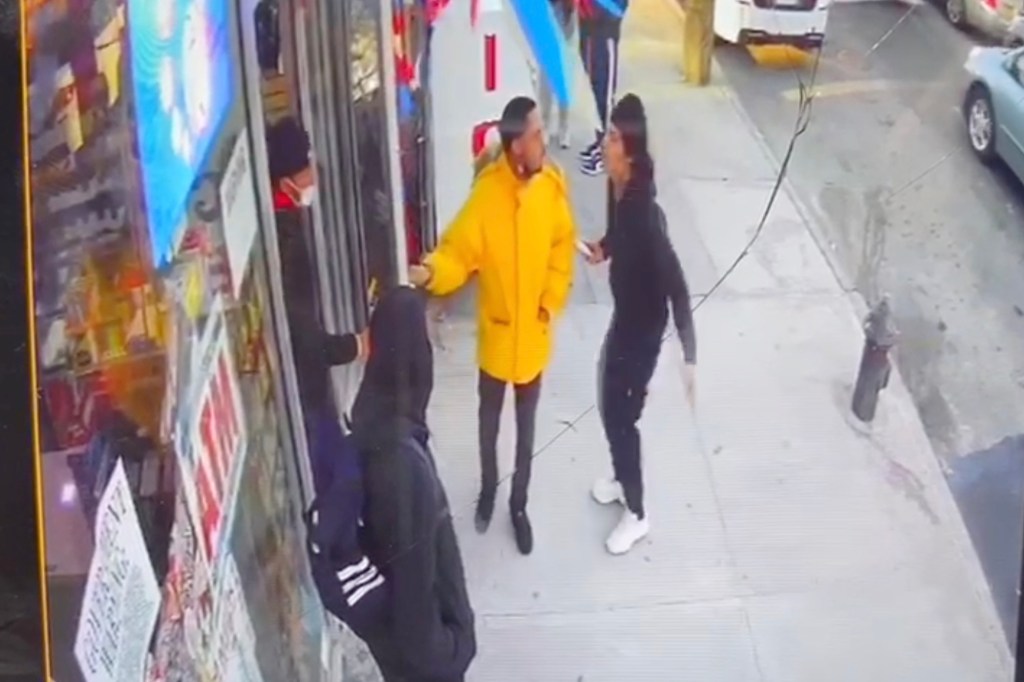 Footage of the altercation in the Bronx that led to the fatal shooting. 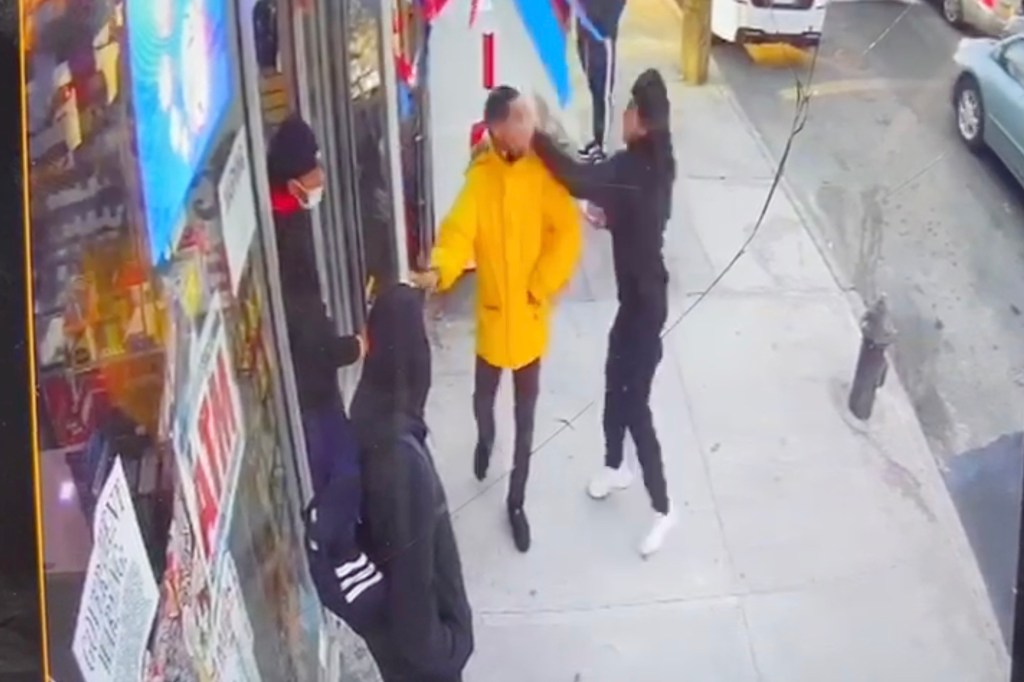 The moment before a man was fatally shot in the Bronx.

Seconds later, the argument heats up, and the man who left the store punches the victim in the face, causing him to stumble backward into an ice machine on the sidewalk.

The victim gets up and starts to head across the street when the second suspect opens fire twice, hitting him in the head, sources said.

The suspects flee the scene, along with a third man who was leaving the bodega as the shots were being fired.

The victim was pronounced dead at Jacobi Medical Center. No arrests have been made, and the investigation is ongoing. The victim’s name is being withheld pending family notification, cops said. 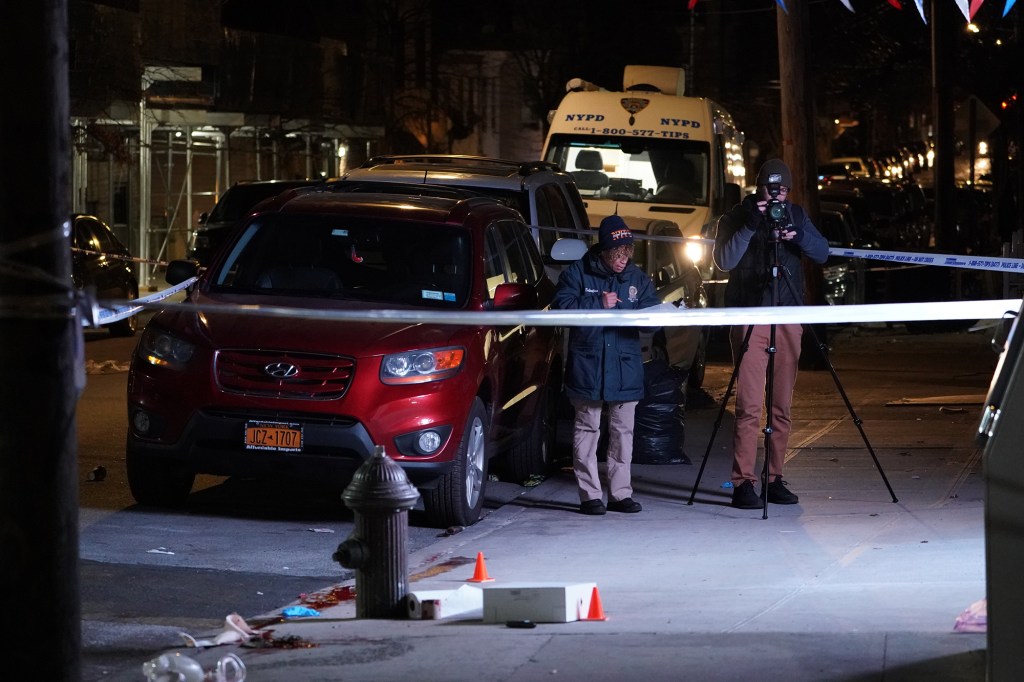 Officials at the scene where the man was killed in a Bronx shooting. 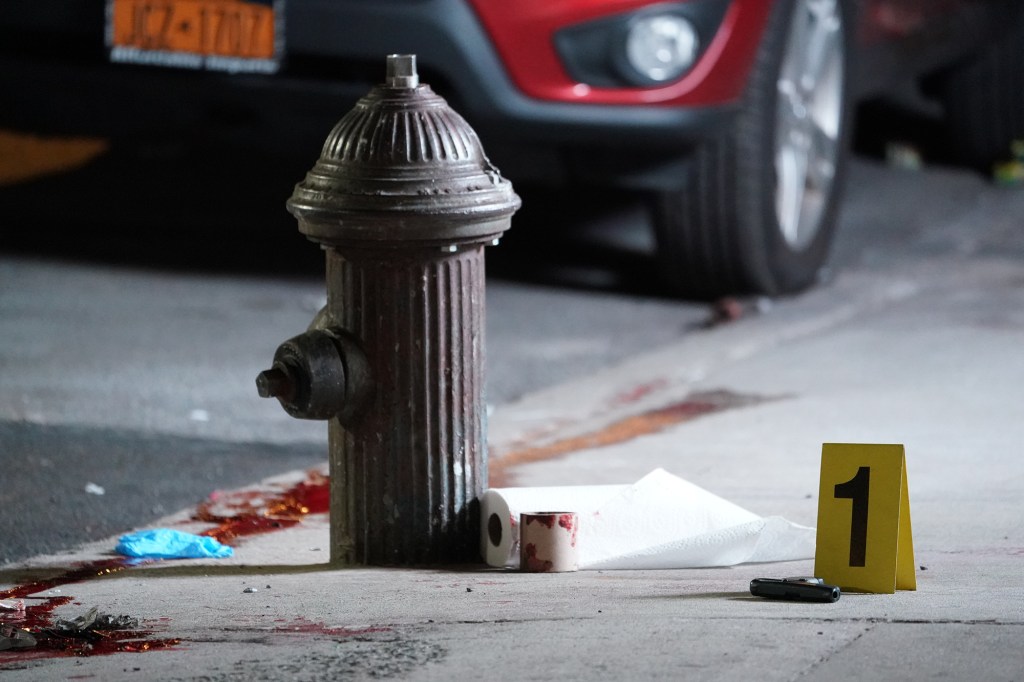 Blood seen at the scene of the crime in the Bronx.

Anyone with information in regard to the identity of this individual is asked to call the NYPD’s Crime Stoppers Hotline at 1-800-577-TIPS (8477).