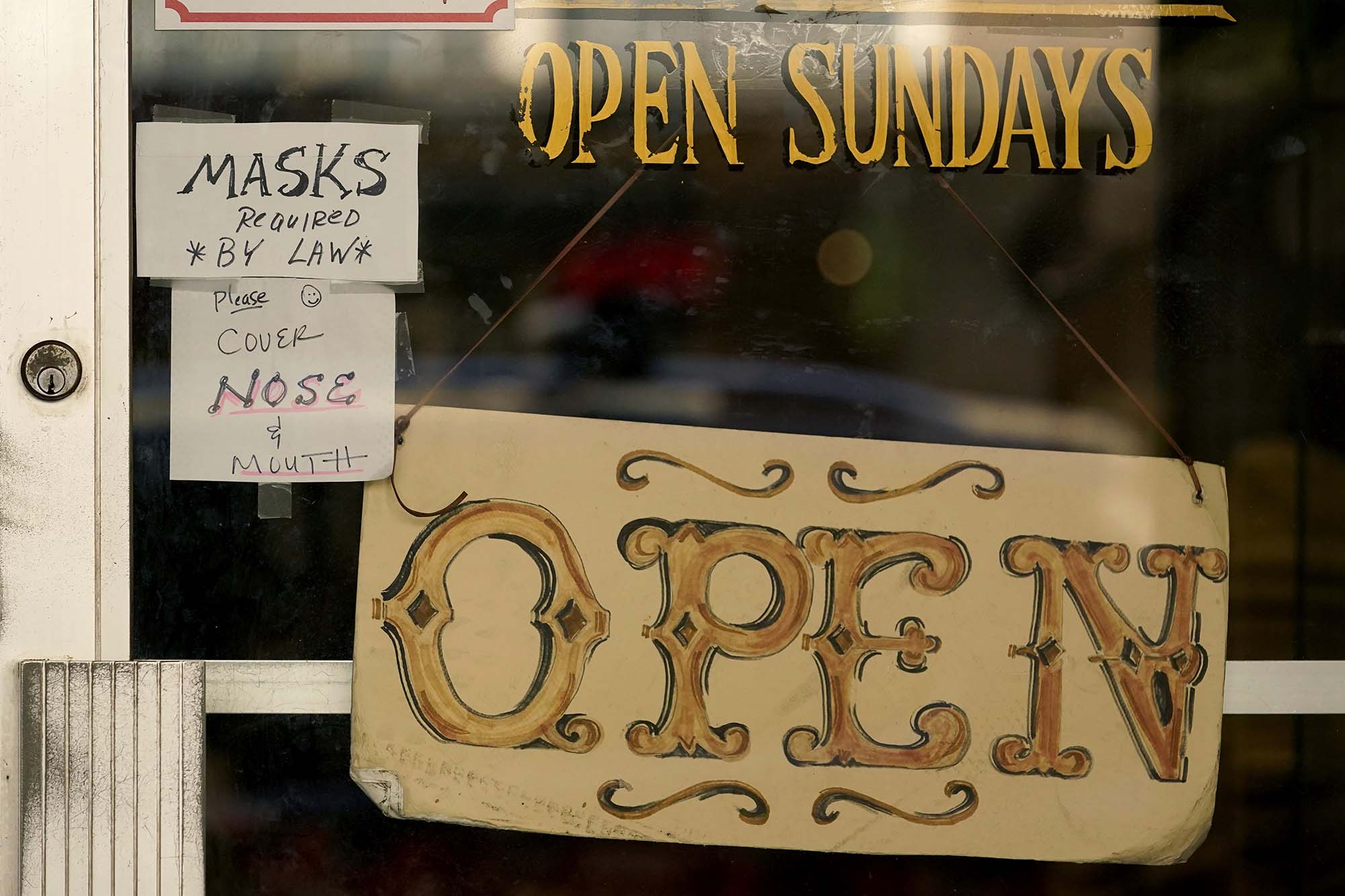 Last week, a US state decided to throw off the shackles of prolonged pandemic restrictions that have done very little good and much harm. That state will reopen libraries, museums, houses of worship and most businesses at full capacity.

No uproar ensued. The state in question was, of course, deep-blue Connecticut. A day earlier, however, when the governors of Texas and Mississippi announced their states were reopening, they got a very different reception. When Texas Gov. Greg Abbott also noted he will be lifting the statewide mask mandate, the liberal establishment reacted as if had vowed to personally inject the novel coronavirus into the bodies of Lone Star residents.

President Biden slammed the move as “Neanderthal thinking.” NBC’s Lester Holt declared the country at “an unsettling crossroad tonight.” Centers for Disease Control and Prevention boss ­Rochelle Walensky warned against a “premature lifting of these prevention measures.” Federal coronavirus guru Anthony Fauci called the news “inexplicable” and said “now is not the time to pull back.”

Actually, the time to pull back was months ago, but better late than never. A year into the pandemic, we easily forget that the lockdowns and other draconian restrictions were imposed as a temporary measure to “flatten the curves” and prevent hospitals from being overwhelmed. We did that successfully. Months ago.

No one signed up for living in lockdown indefinitely.

Red Mississippi, Florida and Texas are getting slammed in the prestige press, even as hard-line blue states like New York and California have done a far worse job mitigating COVID-19.

As for mask mandates, if these are going to become a semi-permanent feature of life in our societies, then we need to have a ­rational, open discussion about that. My two cents: No. Hell no.

How useless is outdoor masking? In late November, right before New York’s winter spike, Gov. Cuo­mo bragged that mask compliance in the state was 98 percent. Seven out of 10 states with the highest number of COVID deaths per capita have mask mandates; New York and New Jersey “win” that awful contest. Why continue something that hasn’t worked?

When my middle son was a baby, he was a poor sleeper. Other parents of bad sleepers would try to give me advice. But why would I want advice from such parents? If their advice worked, they would see results. I wanted advice from parents who had gotten their kids to sleep. Advice, even if it sounds reasonable, is only helpful if it produces a desired outcome.

The same principle applies here. States with far higher death rates per capita than Texas tried ­a ­restrictive technique for fighting COVID-19. Their people have suffered immeasurably because of their failed, for-show-only policies — and they have failed to contain the virus.

Even Cuomo, who clearly ­enjoyed his stint of unchecked power, has realized this nonsense has to eventually end. In January, he registered that yes, we do need to reopen at some point. “We will have nothing left to open,” he warned, sounding like he was lecturing the guy in charge who wasn’t him. “We must reopen the economy, but we must do it smartly and safely,” he added.

Appending the word “safely” to calls for reopening doesn’t actually make the opening safer. It’s akin to people who would post pictures of themselves in large groups throughout the pandemic but hashtag the pictures #SocialDistancing!

What works, rather, are vaccinations, coupled with bolstered health facilities and treatments and a rational ­approach to risk. We have the first two things: Vaccines are working remarkably well to prevent serious illness, and our health systems are ready.

It’s the third — rationality — that is most needed. People won’t get back to their normal lives at the flick of a switch. They have to be eased into it, and that easing should have begun long ago. It’s long past the time to face reality, reopen our states and get on with our lives. Reopened states like Texas should be lauded, not ridiculed.