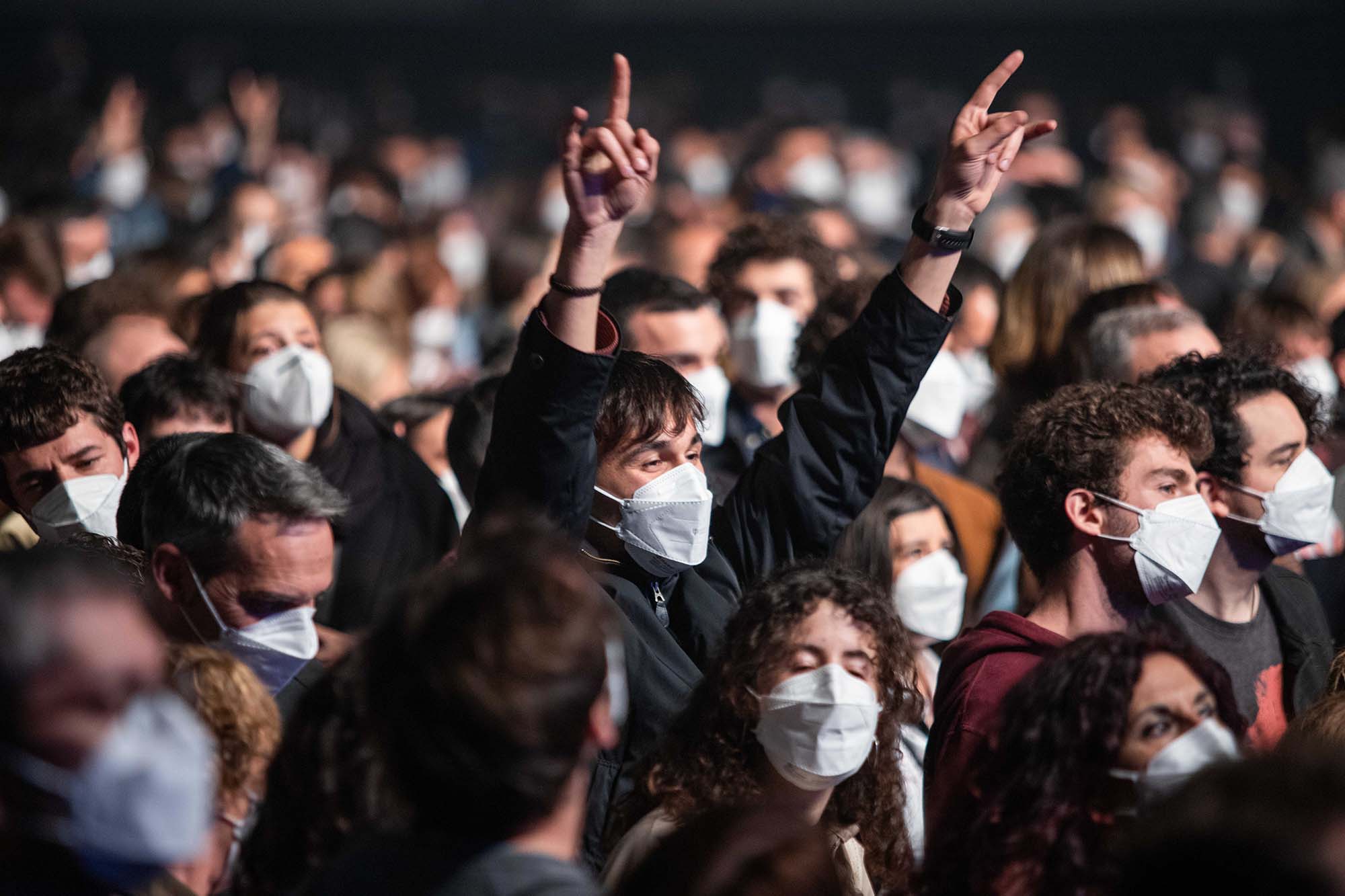 Some 5,000 music fans packed into a rock concert in Barcelona over the weekend as part of a test to see if live music events could return again.

The sold-out concert on Saturday required masks and negative results from rapid COVID-19 tests — but there was no social distancing at the Palau Sant Jordi arena.

“It was spectacular. We felt safe at all times. We were in the front row and it was something we’d missed a lot,” publicist Salvador, 29, told Reuters.

“We are very proud to have had the chance to take part in this. We hope it’ll be the first of many.”

The government-approved concert, which featured the indie band Love of Lesbian, was part of a test to see whether Spaniards could gather safely for large events again.

Before the concert, ticket holders were required to undergo rapid COVID-19 tests at three Barcelona locations.

Those who tested positive were unable to attend the concert and would receive a refund.

“I believe today we have made one thing a reality which is to show the world that culture is safe,” Ramon, a 49-year-old fan, told Reuters.

‘Game of Thrones’ prequel play in the works for Broadway