Trump prepares to reassert dominance over Republicans at CPAC 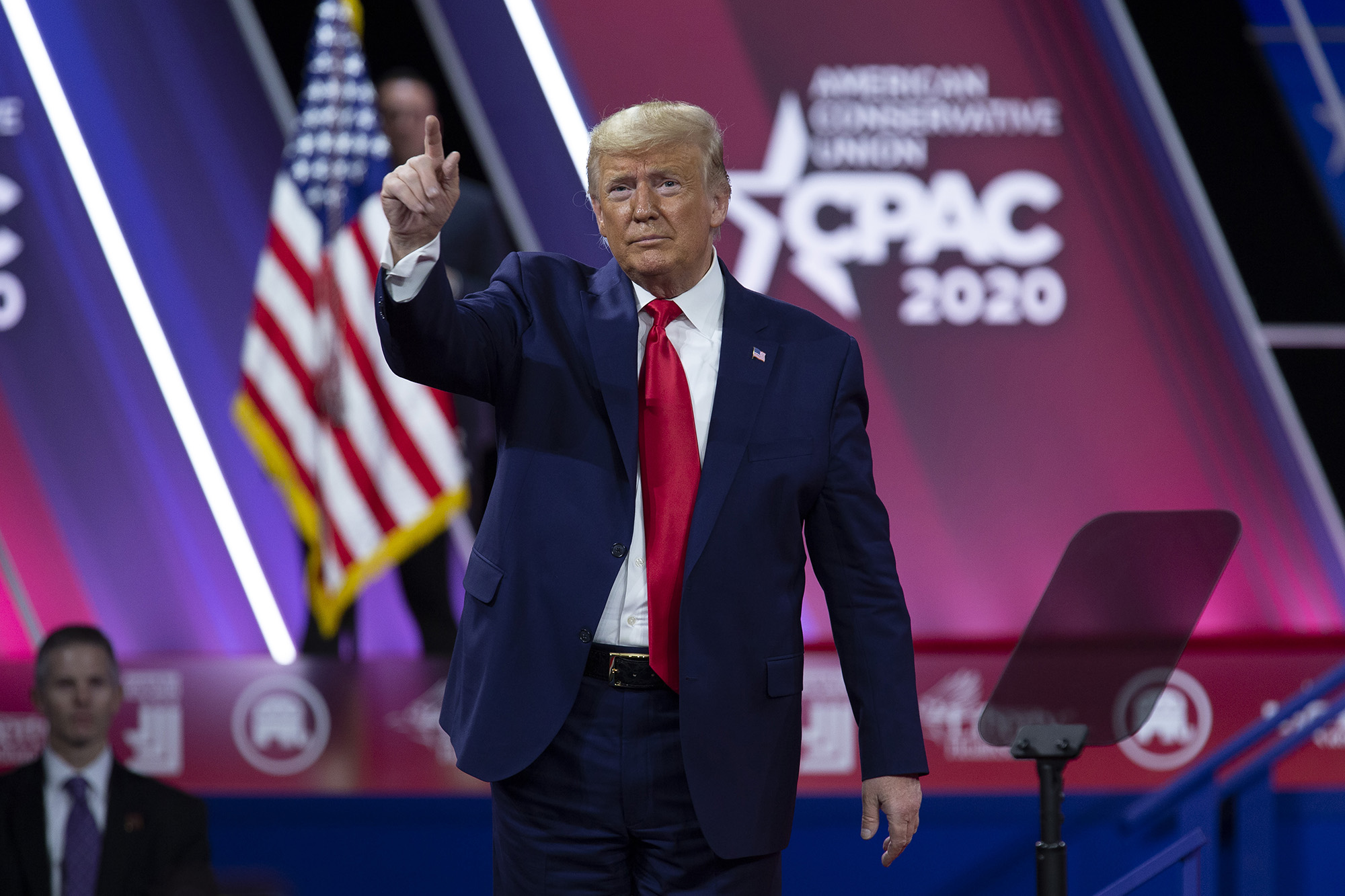 ORLANDO, Fla. — The American people fired him, but he’s still the boss of CPAC.

Former President Trump will take centerstage at the influential Conservative Political Action Conference Sunday afternoon in what is expected to be nothing less than a naked show of force.

His keynote address at 3:40 p.m. at the annual gathering, held this year at the Hyatt Regency in Orlando, will be Trump’s first public appearance since leaving the White House.

Even after losing the election to President Biden — and being impeached for a second time — most believe Trump will reassert his grip over the GOP and rain punishment down on his party rivals.

“I think he’s going to talk about the future of the Republican party as he sees it and everyone in the room sees it there,” Donald Trump Jr. told The Post. “I think he will denounce a lot of the establishment policies that created the rise of Trump. It solidifies his hold on the Republican and conservative movement. It was a dying entity until Donald Trump came in.”

The sentiment was echoed by the President’s legions of fanboys.

“I’m expecting fire and brimstone,” Gavin Wax, the well-connected president of the New York Young Republican Club, told The Post. “He’s going to arrive on the scene and let it be known that he’s not going away, that he’s out for revenge, and has some big plans that are going to be moving into motion soon.”

Thomas Sheedy, head of Atheists for Liberty, said many of the non-faithful were Trump voters and drawn to his “aggressive tone.” The SUNY Albany student, now on his third CPAC, said, “We’re here to show common ground to unite together [with other conservatives] against the new woke intersectional left.”

While ferocious attacks on President Biden, Democrats and wayward Republicans are a near certainty, Trump isn’t likely to definitively answer the big question on everyone’s mind here — will he seek the White House in 2024?

The former president’s eldest son was mum on the prospect.

“I think if he chooses to, he certainly wins the nomination. He’s got the people behind him,” he said. ” A lot of that will depend on how bad Joe Biden is, and if you look around now you see a lot of buyer’s remorse.”

Among CPAC attendees, there was almost universal agreement that the Republican nomination for president in four years is Trump’s if he wants it. Results of the annual CPAC straw poll, an early predictor of party enthusiasm, will be announced on Sunday. (It’s far from a perfect indicator however, as Ted Cruz won the poll in 2016.)

“I’d vote for him. I think he might run. I hope so,” Benjamin Chafetz, 33, former chair of the Boise State College Republicans, said. Chafetz made headlines last year for proposing to his wife at the CPAC last year.

Still there are divisions below the surface. CPAC 2021 — officially billed as “America Uncanceled” — was already forced to cancel a planned speaker, musician Young Pharaoh, days before the conference over newly unearthed anti-Semitic tweets.

Food critics who rip indoor dining are sabotaging their industry

Pope Francis to meet with top Islamic cleric in Iraq