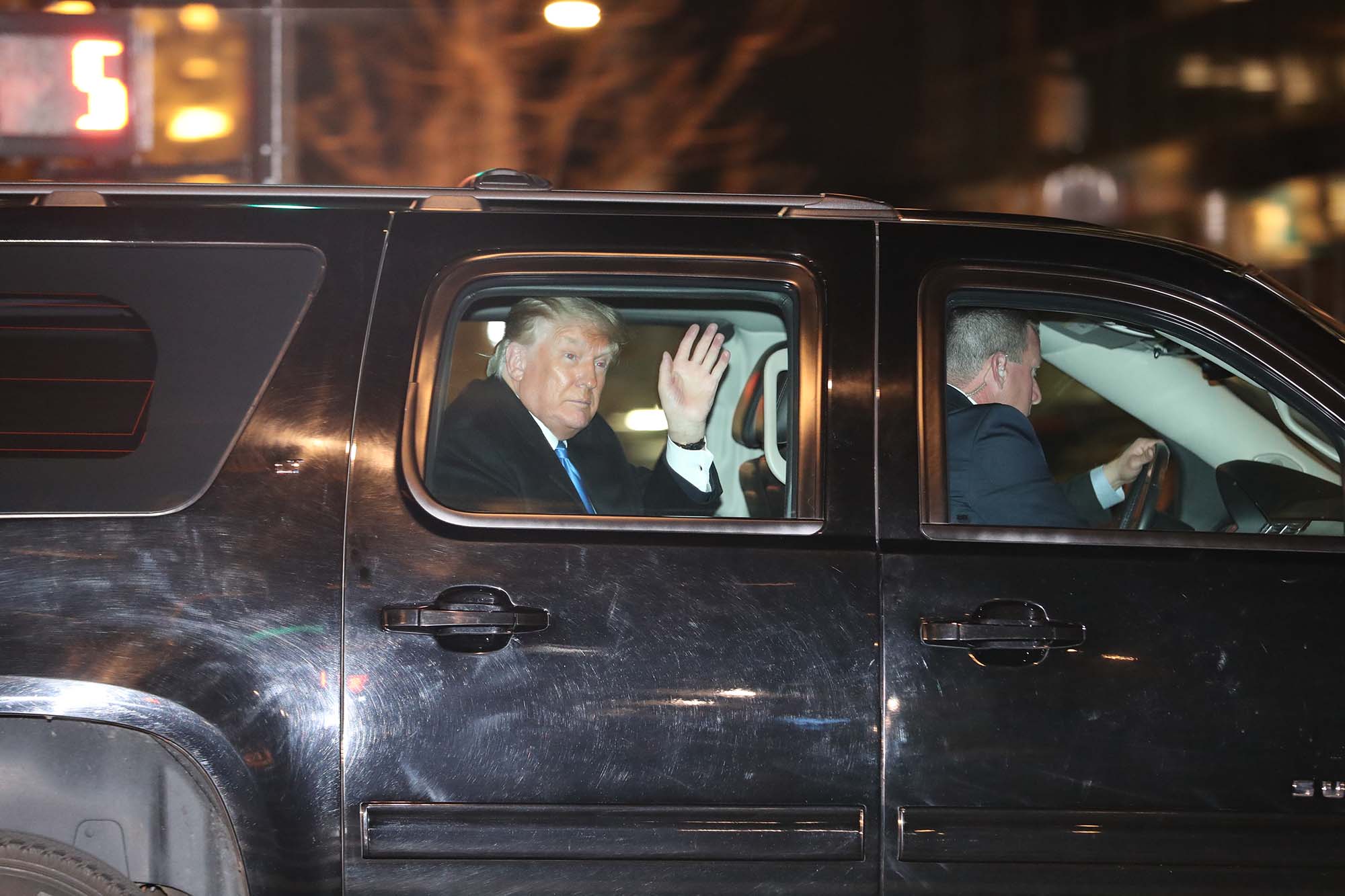 Former President Donald Trump was spotted outside Trump Tower Sunday night in his first visit back to the Big Apple since leaving office.

Trump pulled up to the Midtown skyscraper where he stays while in Manhattan just before 9 p.m.

He was seated in a backseat of a black SUV. Upon his arrival, he waved to a lone Trump supporter who was across the street next to the media.

The NYPD last month began removing some of the barriers in front of Trump Tower, which were erected four years ago when Trump entered the White House.

Born in Queens, Trump, who became a real-estate developer in Manhattan, switched his residency to his Florida resort, Mar-a-Lago, in October 2019.