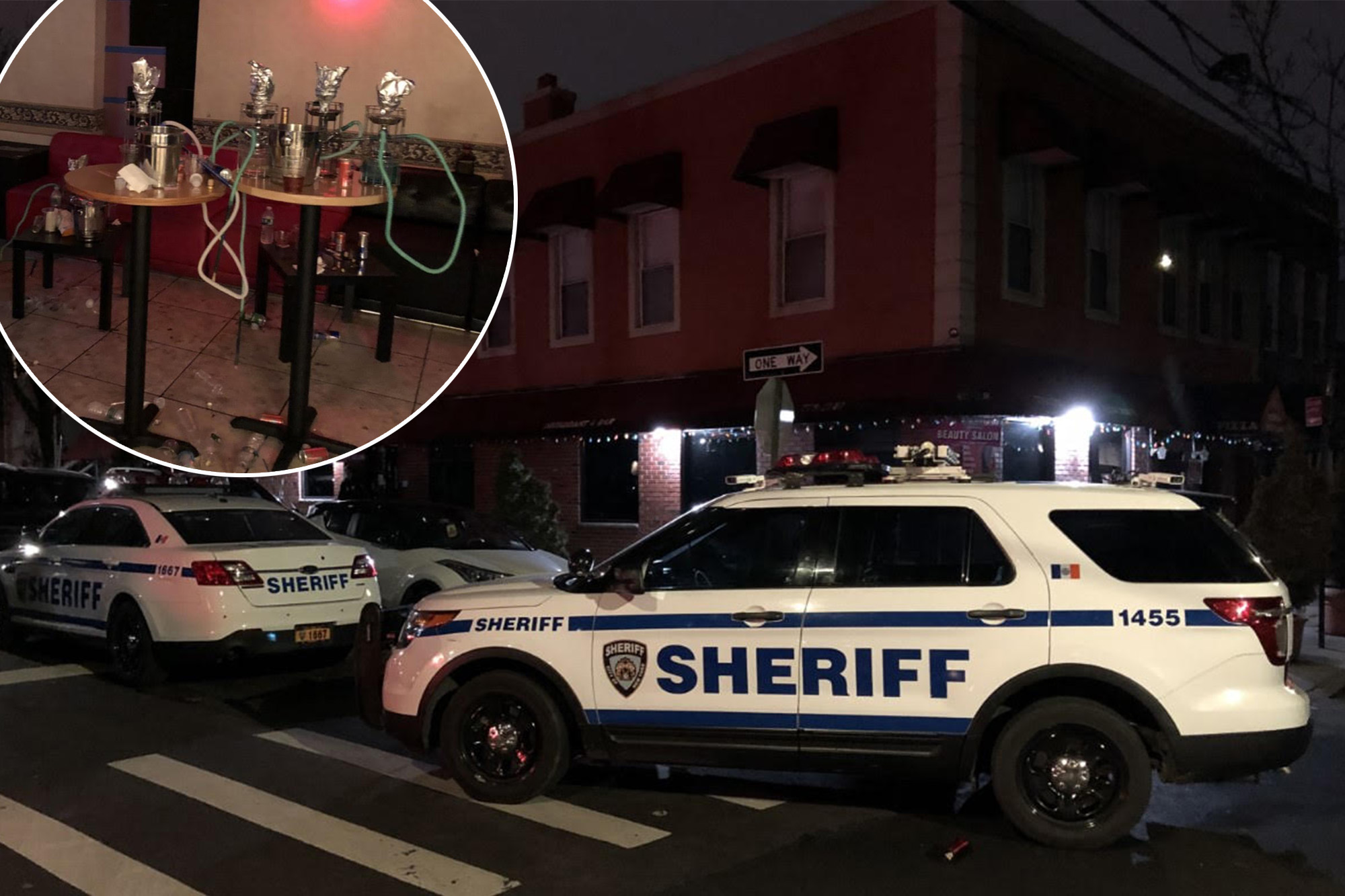 Two massive illegal gatherings were shut down in New York City on Sunday — with sheriff’s deputies booting hundreds of partygoers out onto the street and busting the organizers, authorities said.

The night’s first raid occurred shortly after 2 a.m. in TriBeCa in Manhattan, where deputies responding to a complaint found more than 200 people packed into a rented space on Harrison Street, boozing it up, smoking and dancing in close quarters without face masks — violations of social-distancing regulations amid COVID-19, the sheriff’s office said.

Three men — David Howard of Manhattan, Artani Arben of East Elmhurst, Queens, and Shkelzen Dreshaj of Yorktown Heights in Westchester County — were cited for failure to protect health and safety and violating city and state lockdown orders, raps that can carry hefty $15,000 fines a pop, the sheriff said.

Howard, identified as the organizer of the party, was also citied for unlicensed sale of alcohol and the unauthorized warehousing of alcohol, the sheriff said.

Fewer than two hours later, deputy sheriffs also found more than 150 people at a second-floor party on 104th Street in Corona, Queens, after responding to another complaint of an illegal club.

Authorities said revelers were packed in, drinking and smoking hookahs and also not wearing masks or practicing social distancing.

Both men were hit with state liquor-law violations and cited for failure to protect health and safety and violating the lockdown restrictions.

Three other people — Enrique Perra of Long Island, Raymond Rivera of Brooklyn and JanCarlos Rodriguez of Kissimmee, Fla. — were hit with health, safety, and lockdown violations for the gig, too.

Perra was also cited for working as an unlicensed security guard, the sheriff said.

The city sheriff’s department has been cracking down on the illegal parties for months, including raids earlier this month on clubs in Brooklyn and Queens.

US infrastructure gets C- from engineers as roads stagnate