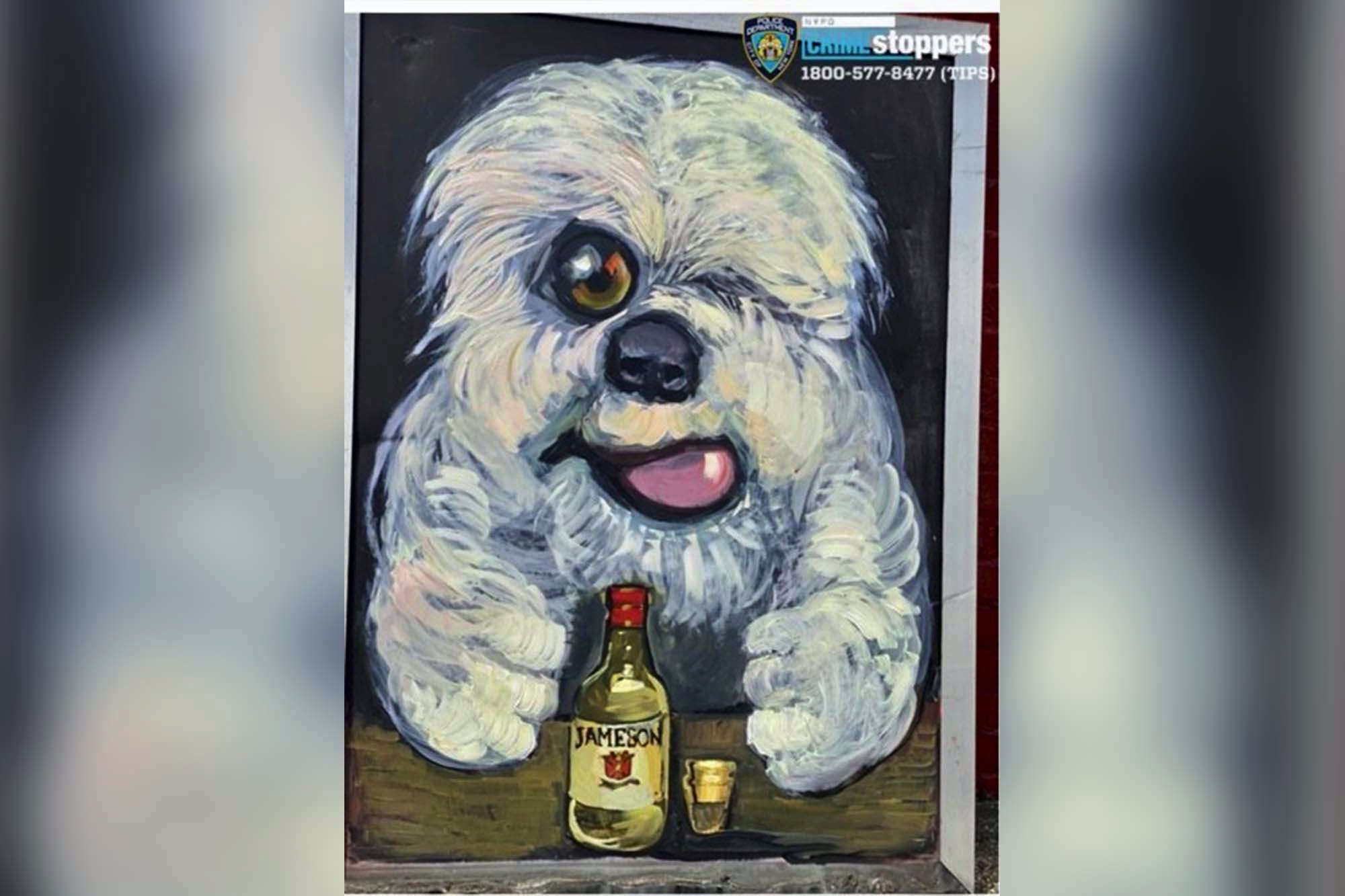 Two crooks were caught on surveillance video lifting a dog painting attached to the facade of a Bronx bar, according to police.

The still-at-large suspects used a ladder to swipe the painting from outside Alfie’s Place in Throggs Neck at about 1 a.m. on Feb. 20, cops said.

The art depicts a winking dog sitting with a shot glass and a bottle of Jameson whiskey.

Surveillance footage provided by police shows one man climb the ladder while the other acts as a lookout.

The man on the ladder can then be seen handing the painting to his accomplice.

The Knicks are finally a team to be proud of