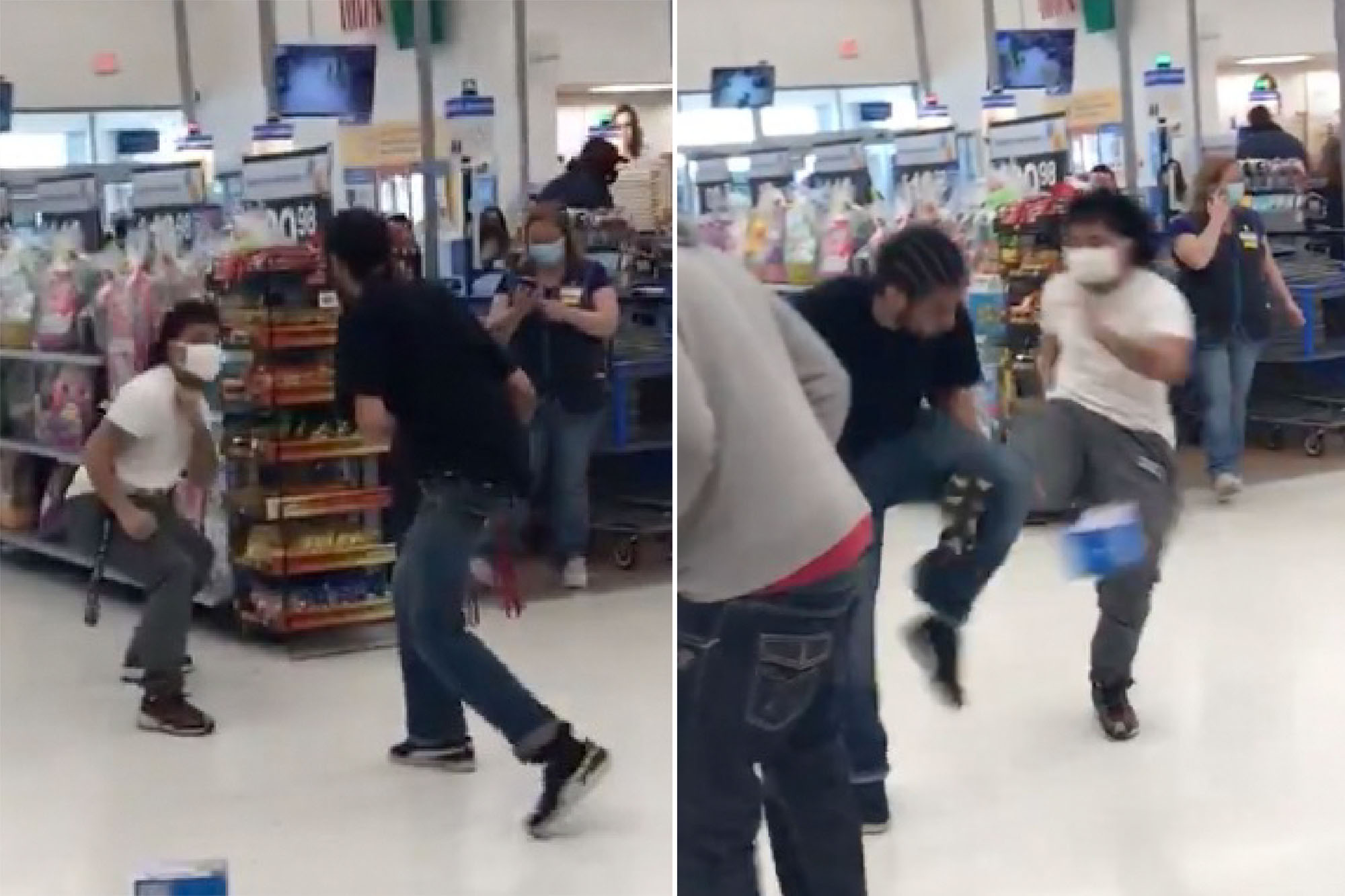 A wild video shows a Walmart customer tussling with an intoxicated would-be shoplifter before knocking him to the ground at a Washington State store.

The 29-year-old suspect allegedly drove into a parked car at the superstore’s Federal Way location, but didn’t notify anyone and simply strolled into the store, KCPQ reported.

“[The suspect] had entered the business and was attempting to shoplift when confronted by store employees,” Cmdr. Kurt Schwan of the Federal Way Police Department told the station.

“ [The suspect] allegedly threatened to assault anyone who touched him and that is when a 21-year-old male community member stepped in and confronted [him],” Schwan added. “A physical altercation ensued.”

Witness cell phone video obtained by the outlet shows the two men squaring off, throwing punches, before the younger shopper grabs the suspect and wrestles him to the ground.

A security guard got the shopper off the would-be thief, the clip shows. The younger man suffered a cut to his hand, authorities told the outlet.

The suspect walked outside, where awaiting cops took him into custody.

He faces charges of driving while intoxicated, hit-and-run and attempted theft, authorities told the outlet.

The suspect wasn’t wearing a face mask during the brawl, but a Walmart spokesperson told the outlet he was given one at the front door, but it came off at some point during the incident.

US expresses 'unwavering support' for Ukraine amid Russian military movements

Myanmar protesters injured as police escalate use of force