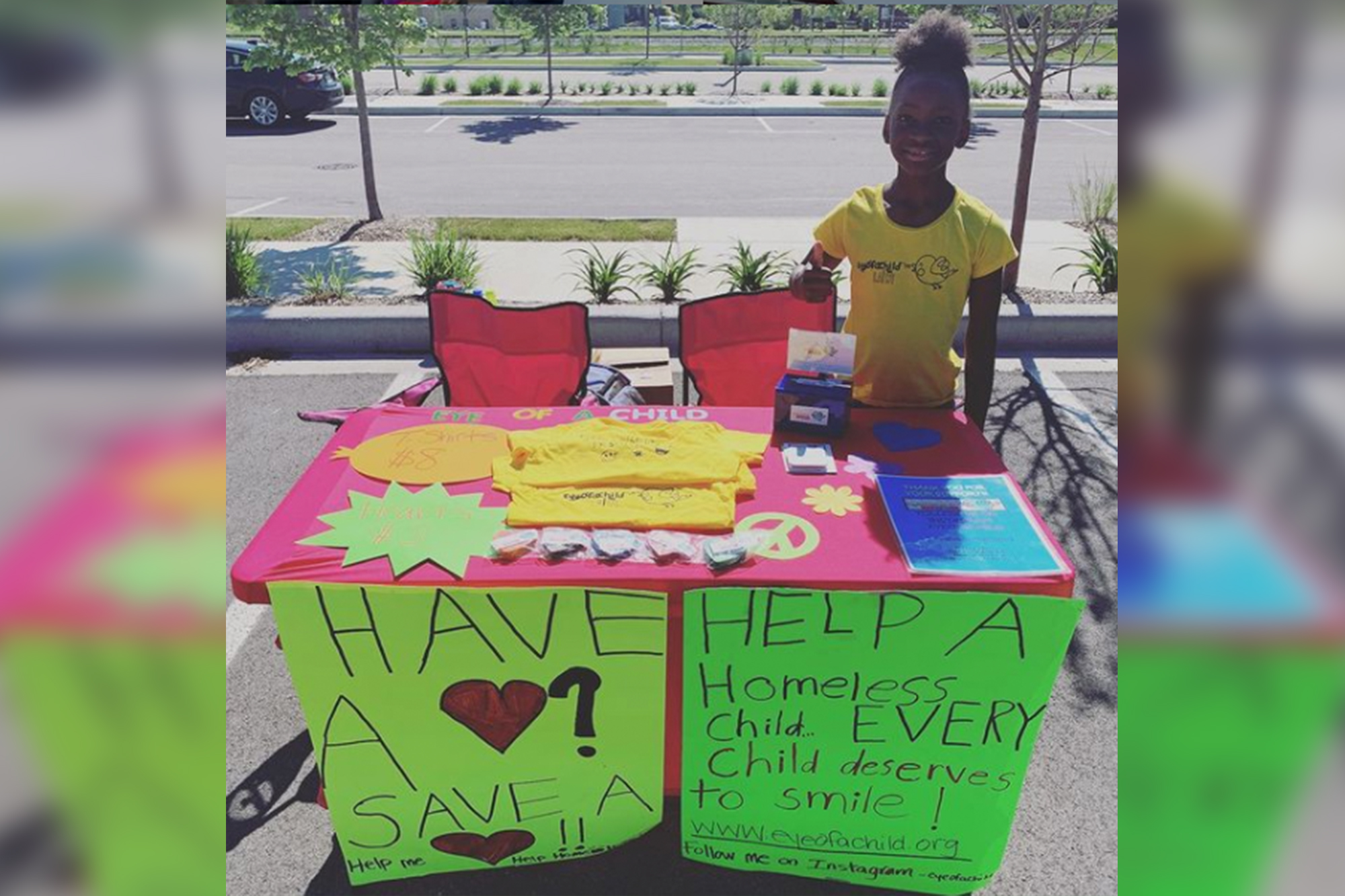 Eight-year-old Peyton isn’t your average third-grade student. When she’s not in school, she’s fighting a battle much bigger than herself: child homelessness.

It was all inspired by her great-uncle who knew all too well what that struggle was like.

After learning about the issue from a very young age, Peyton, fueled with a desire to help those less fortunate, did a bit of research on the subject.

“I also learned that there were homeless children and little children that are just like me,” Peyton told Fox News.

In fact, the Wisconsin native discovered that there are around 2.5 million children in America who are facing homeless each year,

“I don’t really like the sound … of that,” she said. “So I went to my mom, and asked if I could invite 100 homeless children to my birthday party.”

Peyton said her dream was to host a birthday party in hopes of getting other children to donate their presents to those who are less fortunate.

So, she formed Eye of a Child, which not only raises awareness of the prevalent issue but directly sends money, toys and other products to homeless shelters around the Milwaukee area as well as in Los Angeles, where some of her family lives.

To raise money for these donations, Peyton created T-shirts and homemade crayon hearts to sell around her local community through various “pop-up shops.” All of the proceeds go toward the homeless shelters of her choosing.

“I do believe every child deserves to smile,” she said.

And to remind others of her mission, each shirt comes with that very saying.

Peyton quickly received an outpouring of support from local community members who let her sell the shirts and homemade crayons outside their businesses, her mom, Leticia, told Fox News.

She has also been receiving a slew of donations.

Recently, she was able to send goody bags filled with hygiene products to Joy House, a women’s shelter in Milwaukee. Alongside the goody bags, they gifted a $500 check and a brand new toy for each child who was in the shelter.

This year, Peyton’s birthday wish is the same. Rather than accepting her own presents, she wants to host a “community party” where people have the opportunity to drop off donations for those in need.

“Instead of having her birthday party surrounded by her friends and family, she has decided to make new friends at various homeless shelters in her local community and empower these children to share this day as a collective celebration,” the Eye of a Child website reads.

Peyton’s goal is to raise another $1,000, as well as gather donations of hygiene products and toys, for two more shelters.

However, despite her tremendous efforts, Peyton realizes it takes more than just one person to fulfill this mission. It’s her hope to inspire other children to have their friends donate to shelters on their birthdays as well.

“Just remember, it wasn’t only me. It took a village,” she said.

And for anyone else who has a dream, Peyton offered one very important piece of advice.

“If you have a dream, please follow it, don’t give up because you probably can reach your goal and I believe in you,” she said.